David Lau says although contentious law is largely ‘excellent,’ it discriminates against Druze community in Israel and must be ‘corrected to make sure it does not deprive a community that stood with Israel for many years of its rights.’

Amihai Attali
Israel’s Chief Rabbi David Lau joins a list of the Nation-State Law opponents by suggesting that amendments should be made to the contentious legislation in order to preserve the existing cooperation with the Druze community in Israel.

Speaking during a meeting with the community’s representatives in the northern Druze village and local council of Yarka, Rabbi Lau said the Nation-State Law, in its current form, discriminates against the Druze minority.

“Nation-State Law is an excellent law. However, we must correct it and make sure it does not deprive a community, that is so important and has stood with us for so many years, of its rights,” the rabbi exclaimed.

Among those who attended the meeting with Rabbi Lau, were senior community members such as Judge Ziad Saleh, Acre Magistrate’s Court vice president, Yarka local council head Wahib Habish, Sheikh of Yarka Wahil Muadi, Druze imams, clerics and many others.

During the meeting, the rabbi also addressed the poor state services the country provides the community with, especially when it comes to infrastructure.

“The Druze community is part of Israel and it must be treated equally and provided with a full range of services offered by the state. There is no reason for the roads in Yarka, and other Druze villages I visited, to be in such dire conditions as they are right now,” Rabbi Lau concluded. 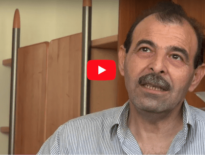 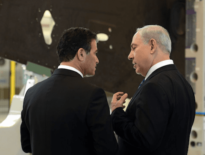 Headlines A Golden Age for the Mossad: More Targets, More Op…
0
wpDiscuz
We use cookies to ensure that we give you the best experience on our website. If you continue to use this site we will assume that you are happy with it.Ok