Trending
You are at:Home»Categories»Commentary»An obituary: Peres walks to eternity
By Yusuf Kanli on 29 September 2016 Commentary

There were of course people who might have used some nasty words about Shimon Peres, who passed away at the age of 93, leaving behind a monumental life story mostly devoted to the creation and advancement of the Israeli state as well as defending the need to make a costly peace with the Palestinian nation.

Peres of course could not be described with the cliché “dove” terminology, meaning a romantic proponent of peace, nor could be classified as a “hawk,” meaning a hard liner… He was a pragmatic politician, a man who dedicated his entire life to the goal of an independent Jewish state “at all costs” and who had the courage to talk during the height of tensions about the importance of improving economic conditions of the neighbors of Israel, believing that if his country’s neighbors were poor, a prosperousIsrael could not survive behind secure borders even if a peace deal could be reached.

Peres was a man of reason who on the one hand was considered the “father” of the “deterrent power” of Israel – the nuclear bomb capability and storage that the Jewish country never conceded it has – while on the other was a Nobel Peace Prize winner, together with Yasser Arafat and Yitzhak Rabin, acknowledging his great contributions to the search for a lasting peace to the Arab-Israeli conflict.

He always was an outspoken man. In my last interview with Peres in December 2006, when he was serving as vice premier in Prime Minister Ehud Olmert’s cabinet, he explained that the world was living through the labor pains of a new era, and in this period there was a war between radicalism and modernity… Revisiting those two sentences he used in my first interview with him back in 1996, the Islamic world, he stressed that while modernity was represented by Turkey, radicalism was represented by Iran.

It was a privilege to have the opportunity to interview Peres over a dozen times over the past 30 years or so. My first face-to-face encounter with him was in 1996, weeks after he left the prime ministry. That was for an interview for the Daily News as well as for Channel 7, a conservative channel, on which I was part of a team producing weekly foreign policy and diplomacy programs. It was indeed a pioneering program. Learning that the interview would be aired also on an Islamist channel, Peres did not miss the opportunity to use two important sentences that summarized its perception of Turkey. I kept on hearing the same sentences from him in various contexts in the years ahead: “The Islamic world has two options. They will either walk the Turkish democratic, secular model or will walk the Iranian model, irrespective of Shiite or Sunni, and fall hostage to Islamist radicalism. Turkey is a model country for the coexistence of Islam and democracy…”
He probably changed his ideas about the “role model” status of Turkey after the famous “One minute” storm out of President Recep Tayyip Erdoğan in December 2009, but at a meeting with him at his Tel Aviv office in November 2006 he was still very hopeful that Turkey would not drift away from the secular heritage of its founder, Mustafa Kemal Atatürk. Atatürk, at the time, he said, was such a big revolutionary leader that he was not carried away with a wild thrust for power to establish his own dynasty but instead established a republic on sound foundations of secularism, rule of law and thus democracy. He was not at all sharing my worries that Turkey might be derailed to conservatism, autocracy and some sort of a theological dictatorship. He was yet years away from getting elected to the prestigious position of president of Israel, Turkey was yet to go to the 2007 parliamentary elections – a turning point in the country’s recent history – and of course though there were some early signs the Ergenekon, Sledgehammer and other such thrillers co-written by the Justice and Development Party (AKP) governance and the Fethullah Gülen Islamist fraternity were yet to be staged.

Naturally, Peres, the father of the Israeli nuclear program, one of the founders of its defense industry, was not always a man of peace. The role he played as part of the Haganah, the pre-independence predecessor of the Israel Defense Forces, or his role in the Suez War or his “Grapes of Wrath” operation order in 1996 as prime minister on Hezbollah in Lebanon. Yet, he was one of the three recipients – along with two other legendary men, Rabin and Arafat – of the prestigious Nobel Peace Prize for his role in the Oslo process and the Israel-Jordan peace accord.

“You just cannot have permanent peace and sustainable growth if there is poverty, misery, hunger next door. You cannot turn a blind eye and live in peace if there is fire next door. Israel must establish peace with the Palestinians. Israel must help Palestinians have a sound state and economy,” Peres once told me… At the time, he was the Labor leader. Years after, in January 2006, in the immediate aftermath of the stroke suffered by Kadima leader Ariel Sharon, at an impromptu meeting in Tel Aviv, Peres was quite to the point in expressing his deep fear that prospects of peace might be seriously compromised with the development.
His sole visit to Turkey as president of Israel was in November 2007, months after he was sworn in as president. He visited Turkey at the time together with Palestinian President Mahmoud Abbas. At a joint conference the two presidents addressed Peres recalled a conversation he had with former Turkish President Turgut Özal and said, “The Middle East, Özal once told me, is like a dinner party: You are either on the list of guests, or on the menu. I think he was right. We have to be on the list of the guests…” The message was obvious, he was telling Abbas to join him as guest on that dinner table, work out terms of a lasting peace and bring an end to the perennial sufferings of the Jewish and Arab peoples of the Middle East; to put a full stop to the worst intractable problem of the world which had great impacts not only on the peoples directly party to the problem, but as well as peoples at far distant geographies, the entire world.
The statement of Peres in Ankara that he believed “we can make peace now with Palestinians and all countries that are on the side of peace” was outstanding. That goal, so far, could not be achieved but efforts should not be given up. As Peres told the very same forum: “War comes like a storm, but it takes time to make peace. We should not give up, continue to seek peace.”
May he rest in peace.

An obituary: Peres walks to eternity 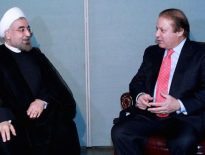 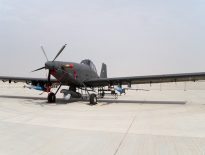 Headlines It Sure Seems Like Egypt and the UAE Are at War In…
0
wpDiscuz
0
0
Would love your thoughts, please comment.x
()
x
| Reply
We use cookies to ensure that we give you the best experience on our website. If you continue to use this site we will assume that you are happy with it.Ok