Trending
You are at:Home»Categories»Features»UAE’s forward operating base in Libya revealed
By Jane's on 28 October 2016 Features

The United Arab Emirates (UAE) has established a military base in eastern Libya from where it is operating AT-802 light attack aircraft and unmanned aerial vehicles (UAVs), Airbus Defence and Space satellite imagery obtained by IHS Jane’s shows.

Al-Khadim Airport is in Marj province around 100 km from the port city of Benghazi, where the UAE aircraft are supporting Libyan National Army (LNA) forces fighting Islamist militants.

While it styles itself as the country’s military, the LNA is a predominantly eastern Libyan force that does not recognise the UN-backed Government of National Accord (GNA) in Tripoli.

There was very little infrastructure at Al-Khadim at the beginning of this year, but this began to change in March, when new buildings and work on a new aircraft parking area (ramp) could be seen in the satellite imagery.

By 27 June hangars were under construction next to the new ramp, which had not been paved at that time. An operational area had been set up on the existing ramp where two Air Tractor aircraft, two UH-60 Black Hawk helicopters, two Il-76 transport aircraft, one Il-18 turboprop airliner, and two UAVs were present.

Around this time a photograph emerged on social media showing an Air Tractor purportedly deployed to an unidentified location in Libya. The aircraft could be identified as an AT-802 that had been modified by the US company IOMAX so that it can carry an electro-optical pod, guided bombs, missiles, rockets, and guns.

The number of Air Tractors at Al-Khadim had increased to six on 23 July, when two Black Hawks, two UAVs, and a single Il-76 could also be seen.

On 26 September the Shura Council of Benghazi Revolutionaries (SCBR), an Islamist grouping that is fighting the LNA, released an infographic claiming it was being attacked by MiG-23 jets and Mi-8 helicopters operated by the LNA, Emirati AT-802 aircraft, and Predator UAVs operated by both the UAE and Italy. 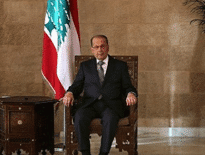 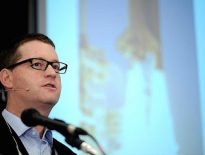 International Sports “No solutions to wicked problems in sports, only…
0
wpDiscuz
0
0
Would love your thoughts, please comment.x
()
x
| Reply
We use cookies to ensure that we give you the best experience on our website. If you continue to use this site we will assume that you are happy with it.Ok