Trending
You are at:Home»Categories»Headlines»US targets inner circle of Hezbollah ally classed as ‘Iran’s man’ in Lebanon
By The National on 6 April 2019 Headlines

The United States is considering sanctions against allies of Lebanon’s parliamentary speaker Nabih Berri on account of his longstanding ties with Hezbollah and Iran.

The measures could embroil officials in Mr Berri’s political party as well as its financial backers, according to sources with knowledge of the US plans. The potential action came under discussion during Secretary of State Mike Pompeo’s recent visit to Beirut, triggering a scramble over the past week by Mr Berri to try and avoid American censure.

Two MPs and Mr Berri’s spokesman are expected to land in Washington on Sunday for several days of talks with US officials aimed at minimising the scope of any sanctions.

Hezbollah, Iran’s political and military proxy in Lebanon, holds three seats in Lebanon’s cabinet and is allied in government with Mr Berri’s Amal Movement, as well as the Free Patriotic Movement of President Michel Aoun.

In remarks that appear close to turning into policy the threat that Mr Pompeo made in Lebanon to “choke off the financing, the smuggling and the misuse of government positions and influence that feeds Iran and Hezbollah”, a senior White House official said Mr Berri’s party and high-level associates were under scrutiny.

“The truth is that Hezbollah and Amal are one,” the official told The National.

“This must stop. Nabih Berri continues to be Iran’s man in Lebanon. He is Hezbollah’s main line of political support. US economic targeting and sanctions will increase until Berri goes – or changes, which is unlikely. As long as Berri remains in power the country will suffer.”

The official would not disclose when the sanctions would be announced but a source with knowledge of the discussions taking place in Washington said the Trump administration “would not be fooled by diplomatic posturing or deception” from Mr Berri or people who spoke for him.

The US measures under consideration are designed to force Lebanese leaders to choose whether it puts its own sovereign interests above those of Iran, said the source, who is close to President Donald Trump’s most senior advisers and US Treasury officials responsible for implementing sanctions policy.

Mr Berri’s delegation to Washington will be headed by Yassine Jaber, a veteran Shiite MP who represents a district in southern Lebanon. Considered a liberal, he entered parliament in 1992, the same year that Mr Berri, a Shiite who led resistance against Israel’s occupation in Lebanon, especially in the south, became speaker in the country’s first post-war government. The pair have long been politically aligned.

Mr Jaber, who will be accompanied by MP Ibrahim Kanaan, from President Aoun’s party, led a similar delegation to Washington in May 2017, when the US Congress was preparing legislation that could have placed sanctions on anyone who helps finance Hezbollah. Ali Hamdan, Mr Berri’s media adviser, will complete the three-man delegation travelling to the US capital.

Lebanon’s economy has been stagnating, with its property and banking sectors in trouble because of years of political uncertainty and infighting. Tourist numbers and business investment are down and further US financial sanctions stand to weaken its economic position further.

But Hezbollah’s role, at Iran’s behest, in backing the regime of Syrian President Bashar Al Assad with fighters has enraged the US during Mr Trump’s tenure, as it did during that of his predecessor Barack Obama. Hezbollah gained politically in last year’s elections with its longstanding alliance to Amal and the FPM.

One top US official that Mr Jaber’s group will meet in Washington is Marshall Billingslea, an assistant secretary of the US Treasury Department who leads its Office of Terrorist Financing and Financial Crimes.

The Lebanese team is also scheduled to hold talks with David Satterfield, the State Department’s acting assistant secretary in the bureau of Near Eastern Affairs. Mr Satterfield is a former ambassador to Lebanon.

Neither the State or Treasury departments would confirm the meetings.

When asked about potential measures affecting Lebanese persons, officials or entities, a State Department spokeswoman said it was not US policy “to preview sanctions actions”, but she reiterated Mr Pompeo’s remarks in Beirut, saying “everything at our disposal” would be used to counter anyone who aids Hezbollah or Iran.

by The National time to read: 3 min 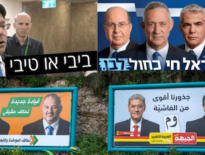 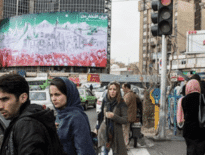 Headlines Iran’s Allies Feel the Pain of American Sanction…
0
wpDiscuz
0
0
Would love your thoughts, please comment.x
()
x
| Reply
We use cookies to ensure that we give you the best experience on our website. If you continue to use this site we will assume that you are happy with it.Ok