Trending
You are at:Home»Categories»Headlines»Thoughts about the “Deal of the Century”
By Nir Boms on 30 January 2020 Headlines

The Palestinian side has rejected the US president’s peace plan. Palestinian leader Mahmoud Abbas said that the Palestinian people will send Trump’s “deal of the century” to the “garbage can” of history, adding that the United States will eventually recognize Palestine within its original 1967 borders.

Dr. Nir Boms, a research fellow at the Moshe Dayan Centre at Tel Aviv University and the coordinator of the TAU Workshop on Israel and the Middle East, shares his opinion on whether Trump’s ‘deal of the century’ is going to work out or not, and possible scenarios that may follow its announcement.

Sputnik: Trump’s peace plan calls for two states, Israel and Palestine, with the Palestinian capital in parts of East Jerusalem. The plan calls for a 4-year freeze on Israeli settlement activity, and a doubling of Palestinian territory. Could such a plan work ?

Boms: There are many plans that were suggested and unfortunately have not worked completely. This plan is not a simple plan. It requires the acceptance of both sides, including the Palestinian side, which at this point rejects it, vehemently. It needs the backup of other allies, who have so far indicated that they are not going to accept it. So I think that feasibility, at this moment in time – unfortunately, it does not seem very likely.

Sputnik: Netanyahu said the plan was an excellent basis for negotiations. How do you assess the restart of negotiations with Abbas?

Boms: Well, I do think that this plan can serve as a basis for negotiations and it certainly offers a more, I think, comfortable basis for negotiations for Netanyahu, who comes from the perspective of the Likud (party’s) political view. The plan addresses many of the concerns that were raised by Netanyahu and others on the Israeli right. Therefore, he is more comfortable in accepting it, partially knowing that the Palestinians have already announced that they are not going to accept it and that they are not going to negotiate. This, of course, puts Netanyahu in a more comfortable position, saying that he had accepted the plan; the Palestinians had rejected the plan. He greeted the ambassadors of a number of Arab countries that have been in the room – I am curious to see the full list of those who attended. But it is only an indication that this plan is acceptable not just for Israelis, but also for some of the Arab partners. Therefore, if the Palestinians insist on not accepting it, this gives Netanyahu perhaps more reasons to move forward on some unilateral measures, which is part of the biggest fear of this developing scenario.

Sputnik: Trump is ready to work with other countries on the implementation of his Deal of the Century. What countries, in your opinion, will cooperate with the US?

Boms: If you follow the trajectory of the work over the last two years, the team of President Trump had really shuttled between the different capitals, mainly in the Gulf, including also Jordan and Egypt, in order to seek advice and support. And really this follows the Saudi peace initiative and what we call the regional approach and understanding that what we need to do is to get the entire region into this game. The Palestinians were more resentful of this. They also feared that this regional track basically bypasses them by giving the interests of other countries more precedence over their own interests. And I’m not sure that they were wrong there. But the reality is the Palestinians and (Israel’s) rejection of them, certainly when it comes to Hamas, which is very much in the consensus in the majority of the Arab Sunni world. (The Israelis) see the Muslim Brothers, the mother movement of Hamas, as a terrorist organisation. So all of this really gives an indication that the Arab sympathy to the Palestinian cause is not what it used to be. And the Arab support of the Palestinian cause is also with some degree of variation.

I think many of the Arab Sunni states, would like to see a solution along the lines of this initiative, for example, that requires to take over the P.A., to take over Hamas, Hamas’s territory, and to have a more moderate country that ensures, you know, basic rights and religious freedom, something that Hamas obviously will have a more difficult time accepting. This situation, of course, again puts Abu Mazen in a significant dilemma. He is not able to take over Gaza so quickly, and he does not necessarily have the public support to move toward a deal that he sees as worse than previous ideas that were brought to the table. And that, you know, may indicate another period of lack of stability, which may be a result of this type of despair. So other countries can still play a role.

And I think it’s very important to see the responses of other countries. But it’s also important to stress, I think as the president has said, this possibly to negotiate, that possibly something is going to be accepted by both sides. We have elections coming up in a few months. We may have different governments that will be willing to offer a different approach to this. So I think the Palestinians would be smart to at least wait a bit and see if there is a way to move forward and try to find constructive ways to move forward. I think that if they continue to completely reject everything, they’re indicating that they may play into the hands of those who would like to push for unilateral measures.

And this is not an easy balancing act at this point. I think the next days and weeks will certainly be very interesting in the region.

Sputnik: Today Israeli Prime Minister Benjamin Netanyahu said that he has withdrawn his request for immunity from prosecution in the ongoing corruption cases against him. What do you think of the timing of this announcement?

Boms: Netanyahu is a very shrewd chess player, and this has been another very interesting and somewhat surprising move. I think this move has to do with two or three main reasons. One, perhaps Netanyahu realized that this battle in the Knesset is a difficult one. He may not be able to win or it’s going to be too difficult. And he thought that that’s the time to really change course.

Second, Netanyahu is consistently saying that he is being persecuted. That there is no justice done in his case. And he is basically saying again today, look, I realize these are all the old games. This is not really a fair judgement. And therefore, I have decided not to take part in it.

But the third part may be the most interesting, that has to do with the timing, which depends on who said what a few days ago. And that may have been that somewhere, in coordinating the information he had from the White House regarding the deal of the century, he realized that this may be becoming Netanyahu’s argument.

The third argument was that Israelis and should really look at the broader picture while he deals with the future of Israel, whose borders with peace and war and the Iranian threat. Look at the public discourse of Blue and White and his opponents who deal of issues of unity over some stupid episodes of cigars or some things; that has been his line. What he’s saying now is very much consistent with this line. He’s saying, look, I am dealing with these issues, I went all the way to [US President Donald Trump]. Thank you. Now, you see, he thank him, personally. He went out of his way to offer a measure of support. And he is using this to say, look, you’re going to have elections soon. I am the diplomat, the prime minister, the leader, the person who is really able to navigate Israel. You need to choose between the bigger issues or catty issues that are flagged by people who were doing selective enforcement and are doing like a field marshal type of the courts to an acting prime minister that is really saving the country: that has been his line.

I think he playing a very interesting game in this regard because he builds upon the fact that the issues are going to continue to be tense. The entire discussion in Israel, the public debate on Netanyahu’s scandals and the legal issues, into the ‘deal of the century’ and soon enough their responses, and soon enough, tomorrow, to the Days of Rage, and probably situations on the ground. And all of that plays, I think, nicely into the election debates for Netanyahu! And then he builds upon the fact that he hopes, of course, to win. And then as an acting prime minister, he will be able to stand in front of the court and from his perspective, to prove his innocence. And so I think it’s a very interesting move, but certainly one unanticipated by many. Time will tell if that will work, or not. Time will tell if he will win the elections, or not. But undoubtedly, he is a very shrewd politician and a very shrewd chess player when it comes to the politics of things.

Thoughts about the “Deal of the Century” 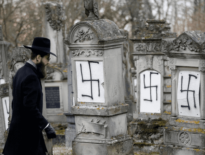 Headlines A France Without Jews Is No Longer Unthinkable 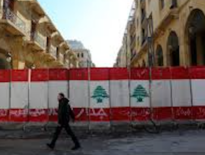 Headlines What to expect from a new Lebanese government: “…
0
wpDiscuz
We use cookies to ensure that we give you the best experience on our website. If you continue to use this site we will assume that you are happy with it.Ok