The low Arab voter turnout on election day is not a new phenomenon. It stood out during the last election on the backdrop of the potential chance to create a bloc that would prevent the right from forming a government.

It’s not the rift among the parties of the Joint List that caused Arab voters to stay away. It’s something else, much deeper than that, and it’s connected to the impact Arab votes have on the lives of Arab citizens of this country.

What do Arabs themselves have to say on the issue? How much do their views correspond with the positions of their representatives in the Knesset? Interesting answers to these questions can be found in a survey commissioned by a website called Local Call (Sicha Mekomit) before the last election, a survey which included Jewish and Arab citizens. Even though the survey’s results illuminate some interesting processes within Arab society, it has remained unnoticed.

In order to properly understand the situation, one must look at the differences in Arab voters’ behavior in local elections and elections to the Knesset. In the last local election, overall voter turnout stood at 60 percent, but the 44 communities with the largest voter participation were Arab ones, with over 80 percent voting. In some communities, it was over 90 percent.

How can one explain this huge gap between local and national elections?

The answer lies in the extent of the Arab voter’s impact. In local elections, the tribal or sectorial vote has much influence – often decisive – in everything from job allotment and bidding processes to various benefits a local authority can bestow. In contrast, in Knesset elections, the Arab voter has no influence. When leaders of Arab parties declare in advance that they will not be part of any future coalition, they cut off the parliamentary sentiment they wish to foster.

With no chance that his or her vote will determine the conduct of the national government, the Arab voter sees no point in participating in elections. To this one must add the fact that the opposition Zionist parties negate the participation of Arab parties in any future coalition a priori. The Arab voter is thus doubly betrayed by the political system: by opposition parties and by his or her Arab representatives.

On this matter, the above mentioned survey – whose general tone, with all the caveats pertaining to surveys, cannot be ignored – reveals an immense gap between the positions of the Arab public and those presented by Arab Knesset members. The survey, which examined issues such as Arab-Jewish relations, civic and political cooperation and mutual recognition, shows that almost half the Arab public (47 percent) would consider voting for a Jewish party if that party represented its positions.

However, the most dramatic finding related to the self-definition of Israeli Arabs. It turns out that in contrast to the assertions of the Arab lawmakers, a deep process of Israelification is underway in Arab society. Forty-six percent of respondents defined themselves as Israeli Arabs, 22 percent as Arabs, 19 percent as Israeli Palestinians and only 14 percent as Palestinians. In other words, 65 percent affixed the term “Israeli” to the way they define themselves.

Moreover, contrary to what is espoused by their leaders, a sweeping majority of the Arab public – 87 percent – wished to be involved in the political system and its executive branch, and was very much in favor of its representatives joining the government.

Contrary to prevailing conceptions, it turns out that the Arab public yearns to participate in determining the political and social agenda of this country. The obstacle it faces is the lack of leaders and parties that acknowledge these wishes and are ready to pick up the gauntlet.
*
Haaretz, July 28, 2019

The Israelification of Israeli Arabs 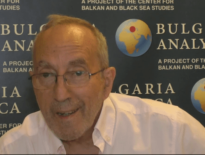 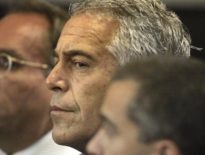 Headlines Sex as the Coin of Corruption
0
wpDiscuz
0
0
Would love your thoughts, please comment.x
()
x
| Reply
We use cookies to ensure that we give you the best experience on our website. If you continue to use this site we will assume that you are happy with it.Ok