It has been over-two weeks since Stephen Paddock went into a Las Vegas hotel room, took out 19 automatic machine guns and shot hundreds of people enjoying a country music concert in front of the hotel. In a 10-minute spree, Paddock killed 59 people and injured over-two-hundred others – some of them critically.

Since that time, the U.S. media has been full of articles denouncing gun laws, postulating about Paddock’s mental health and speculating about potential links to terrorism. There have been thousands of pieces written based on the idea, ‘We may never know what motivated Paddock to do what he did but…’
However, there is one obvious motivation for his actions that has not been discussed in any serious way. Indeed this motivation is so obvious that the lack of questions around the issue is a troubling example of the dangers of journalism in a one-industry town.

The articles in the American press – from the New York Times to MSNBC to Fox News – describe Stephen Paddock as a ‘professional gambler’. In using that term, they show they do not understand the gambling world.

Stephen Paddock was not a professional gambler: he was a loser. I don’t mean him personally, I mean as a gambler. Paddock was a high-rolling, addicted gambler who spent up to 14 hours a day losing money – a lot of money.

The clues are all over the media articles. They describe Paddock spending 14-hours a day inside casinos; calculating the odds of the slot machines so precisely that the casinos gave him free hotel rooms and meals.

Do you know who casinos do give free drinks, meals and rooms to? Losers. Casinos love losers. Some casinos even have special ‘guest-relationship officers’ who spend a lot of time pretending to be chummy with these addled-brained losers. Of course, they do not call them that, they have special names for this type of customer. They try to make them feel special. So they call them ‘high-rollers’, ‘high-value customers’ and worst of all, ‘friends’.

At least, those are the names they use publicly. Privately many casino workers call these people what they are – ‘degenerate gamblers’, ‘losers’ and ‘addicts’.

Stephen Paddock was a degenerate gambler. He was a man whose addiction had left him without friends, a life or love (his much-publicized girlfriend was a casino worker who accepted $100,000 from him just before he went on his murderous rampage).

This is not to say that his addiction to gambling was the reason why Paddock became a mass murderer. There are lots of degenerate gamblers who go bankrupt, commit suicide or manage to turn themselves around without harming anyone but themselves.

Journalism in a One-Industry Town

However, it is extraordinary that in all the media coverage there has not been a serious, in-depth examination of the issue of gambling addiction and its potential link to the shooting.

Instead, most articles twist themselves into knots to examine every other issue. The word ‘terrorism’ has even been bandied about – as if Paddock might somehow be connected with al-Queda or IS. His childhood and bank-robber father have been investigated by the New York Times. The fact that he was a landlord who liked to learn how to mend his own plumbing has even been pointed out.

It is a mystery why no journalist would have picked up on this issue. After all, Las Vegas is famous for gambling. Paddock chose to do his shooting in the hotel room of one of his favourite casinos. You would think that someone in the mainstream media would at least ask the question: are Paddock’s addictive gambling and violence linked?

It is a very easy investigation to make. How much money did Paddock have five years ago before he became an addicted gambler and how much money did he have just before his death? Yet no one that I have seen has spoken about this or even asked these questions at the Las Vegas police press conferences.

One possible reason. Much of the media coverage about the Paddock massacre is by Las Vegas journalists and police officers. Las Vegas is a classic one-industry town and that industry is gambling. The major Las Vegas newspaper – the Las Vegas Review-Journal – is even owned by one of the casino owners.

Want a long-career in Nevada? Do not mention the words ‘gambling’ and ‘problems’ in the same sentence at a press conference. Instead do what the police and most journalists have been doing – sing the praises of the first-responders, talk about the courage of many of the victims and repeat the cliché, ‘We may never know why Stephen Paddock chose to murder so many people but…’

The Gambler, The Killer and the Unexplored Motive 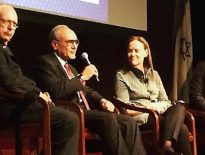 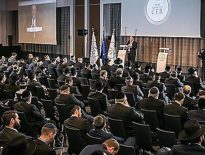 Headlines It’s not easy being a European rabbi in 2017
0
wpDiscuz
0
0
Would love your thoughts, please comment.x
()
x
| Reply
We use cookies to ensure that we give you the best experience on our website. If you continue to use this site we will assume that you are happy with it.Ok