Trending
You are at:Home»Categories»Features»State Department Terrorist Designations of Jawad Nasrallah, al-Mujahidin Brigades, and Hizballah
By Shaffaf on 13 November 2018 Features

Office of the Spokesperson

The Department of State has designated Jawad Nasrallah and Al-Mujahidin Brigades (AMB) as Specially Designated Global Terrorists (SDGTs) under Section 1(b) of Executive Order 13224, which imposes sanctions on foreign persons who have committed, or pose a significant risk of committing, acts of terrorism that threaten the security of U.S. nationals or the national security, foreign policy, or economy of the United States.

Today’s designations seek to deny Nasrallah and AMB the resources to plan and carry out terrorist attacks. Among other consequences, all of their property and interests subject to U.S. jurisdiction are blocked, and
U.S. persons are generally prohibited from engaging in any transactions with them.

The Department of State has also reviewed and maintained the Foreign Terrorist Organization (FTO) designation of Hizballah, which was originally designated as an FTO in 1997 and as an SDGT in 2001. It is a crime to knowingly provide, or to attempt or conspire to provide, material support or resources to FTOs.

Today’s actions maintain the momentum of the Administration’s snapback sanctions on Iran. Together with this Administration’s unprecedented campaign of targeted designations, these are the toughest sanctions that have ever been imposed on the Iranian regime. They are designed to deprive the regime of vital revenue it uses to conduct terrorism and support terrorist groups around the world, to include Lebanese Hizballah, Hamas, Kata’ib Hizballah, and the Taliban.

Jawad Nasrallah is the son of Hizballah’s leader and SDGT Hassan Nasrallah, as well as a rising leader of Hizballah. Jawad Nasrallah has previously recruited individuals to carry out terrorist attacks against Israel in the West Bank. In January 2016, he tried to activate a suicide bombing and shooting cell based in the West Bank, but the Israeli government arrested the five Palestinians he recruited to the cell.

AMB is a military organization that has operated in the Palestinian Territories since 2005 and whose members have plotted a number of attacks against Israeli targets. AMB has ties to Hizballah, and Hizballah has provided funding and military training to AMB members.

Today’s actions notify the U.S. public and the international community that Jawad Nasrallah and AMB have committed, or pose a significant risk of committing, acts of terrorism. Designations of terrorist individuals and groups expose and isolate them, and deny them access to the U.S. financial system. Moreover, designations can assist the law enforcement actions of other U.S. agencies and governments.

The Department of the Treasury also announced today that it is designating four Hizballah-affiliated individuals who lead and coordinate the group’s operational, intelligence, and financial activities in Iraq. These coordinated actions underscore the U.S. commitment to disrupting Hizballah and its facilitation networks throughout the Middle East. Additional information on the Treasury designations is available at https://home.treasury.gov/news/press-releases. A list of State Department-designated FTOs and SDGTs is available here: http://www.state.gov/j/ct/list/index.htm.

Headlines Egypt is worried that Israel, Jews, and gays could… 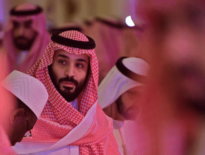 Headlines Saudis Close to Crown Prince Discussed Assassinati…
0
wpDiscuz
We use cookies to ensure that we give you the best experience on our website. If you continue to use this site we will assume that you are happy with it.Ok