Its not about sex.

You might think that it was all about sex if you read many of the articles on the Jeffrey Epstein scandal. Epstein is the wealthy New Yorker financier indicted for sexual trafficking of potentially hundreds of underage girls.  The media is full of salacious stories presented in an ‘Evils-of-Pornography-we-bring-you-a-26-part-special-investigation’ style. These stories feature tales of massages, recruitment of other teenagers and lots of bodily parts. All of these stories spectacularly miss the point. This case is not about sex, rather it is – if the case against Epstein is proven – to be about the corruption of power.

Even the august New York Times failed in one, otherwise excellent, article, when it stated, “In 1989…he (Epstein) formed the investment firm that would be the nexus for his connections to powerful people…” –

Epstein still has not had his day in court but if the charges against him are accurate, then the most important thing in establishing his connections to powerful people was not his mathematical acumen, nor his money.  Epstein’s power, allegedly, lay in that the very thing that he is being charged for – supplying access to underage girls for sex for older men.

As a host of these parties Berlusconi ensured that anyone who wanted to go – and there were lots of older men who desperately wanted to be invited – owed their allegiance directly to him. If there were favours to be repaid – and there were – they would go to him.

The superb series of articles that triggered the reopening of the Epstein case – by the Miami Herald’s Julie Brown goes very close to alleging the same thing may have occurred with Epstein at his mansion in Palm Beach. The articles continually beg the implied questions – How could Epstein have received such lenient treatment from the police and justice system? How did he get such a favorable deal when these cases were first revealed?

The other problem when the American press covers these types of stories is that it quickly devolves into a Trump vs. Clinton food fight. Social media is full of accusations of which people from which party – Republican or Democrat – were worse. Again these stories miss the point. If the accusations against Jeffrey Epstein are true, they speak more about the nature of power in the United States and the men who wield it, than any political party.

Sex as the Coin of Corruption 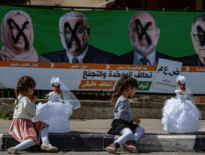 Headlines The Israelification of Israeli Arabs 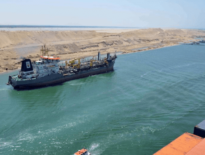 Headlines Why Iran Supertanker Took A Much Longer Route To R…
0
wpDiscuz
0
0
Would love your thoughts, please comment.x
()
x
| Reply
We use cookies to ensure that we give you the best experience on our website. If you continue to use this site we will assume that you are happy with it.Ok