Trending
You are at:Home»Categories»Commentary»Russia, Iran and their conflicting regional priorities
By Michael Young on 31 January 2017 Commentary

The regime in Iran must have mixed feelings about Russia. Though Moscow was essential in helping save the regime of Bashar Al Assad, the Iranians must lament that the Russian resurgence in the Middle East is taking place at the very moment when Tehran is making its own bid for regional dominance.

There has long been speculation about whether Russian and Iranian differences would come out in the open over Syria. These were kept under control, until the military victory in Aleppo revealed diverging priorities.

The Russians have sought to anchor their gains in a Syrian political process they would define. Iran, in turn, has felt that it was most responsible for bolstering the Assad regime through its deployment of Shia militias and Iranian combatants, therefore it should have as much of a say as Russia, if not more, in shaping the outcome.

Perhaps the first overt sign of friction came as preparations were being made for the Astana conference on Syria last week, when the Iranians publicly opposed inviting a delegation from the United States to attend. Just as publicly, Russian officials stated that an American presence was necessary to ensure the success of the negotiations.

This echoed Russian efforts last December to put pressure on Iran to accept a ceasefire in Syria after the fall of Aleppo, followed by a political process. The Iranians have not been pleased with the cooperation between Russia and Turkey to sponsor the Astana talks, doubtless worried that Iran may come out of any negotiations with less than it merits.

More generally, as officials in Tehran have surveyed the region, they see that the Obama administration left a vacuum they would like to fill themselves. The only problem is that Russia and Turkey have reacted in a similar way, both striving to consolidate their own regional stakes.

That doesn’t mean that Iran’s interests in Syria will necessarily be undermined – in fact they are unlikely to be. However, it does mean that Iran’s influence in Damascus will frequently have to be reconciled with that of the Russians and even perhaps the Turks and others. When it comes to Syria, the Iranians see two or three as a crowd.

That is why, in the period leading up to Astana, Iranian officials rejected Turkish demands that Iran pull Hizbollah out of Syria. To the Iranians this must have seemed like a brazen Turkish attempt to weaken Iran in the country. Coming just as the Turks and Russians were preparing for a new political framework, there must have been heightened Iranian suspicions.

Beyond Iranian ambitions in Syria there appears to lie a deeper desire. For officials in Iran now is as close as they have ever been to pushing the United States to the margins in the region. That’s easier said than done, but where ­Barack Obama limited the United States’ regional involvement, Donald Trump’s commitment to “America First” suggests that it may play even less of a role as regional protector than it has in the past.

That is perhaps why the Iranians were so unhappy with the Russian invitation for the Americans to join the Astana talks. Here was an opportunity for Russia, Turkey and Iran to draw the outlines of a political endgame in Syria without Washington. Yet the Russian invitation left a window open for the US to be in on a Syria solution.

This only highlights the different Russian and Iranian priorities in Syria and the Arab world. To Russian president Vladimir Putin, the region is mainly Russia’s ticket back to global influence. For Iran, it is important in itself as a place where the Islamic Republic can fulfil its ambition of playing a dominant regional role.

Syria is vital because, along with Lebanon, Yemen and Bahrain, it allows Iran to project regional power.

Do these different priorities mean that Russia and Iran can coexist in the region? Sometimes yes. After all, Arab distrust of Iran may help reinforce the fact that Russia, with its ties to all sides, would be an ideal mediator in addressing future disagreements. Russia may frequently find itself a “good cop” to Iran’s “bad cop”, to the benefit of both.

However, ambition is also not something easily shared. Syria will be a testing ground for the relationship, since each seeks to ensure that the make-up of a post-war order preserves its interests.

One immediately sees potential problems here, with Moscow not enthusiastic about Syria being turned into a new Iranian front against Israel. Nor may the Russians be pleased with the sectarian politics adopted by Iran, which can only destabilise a Syrian state emerging from war.

Russia and Iran will continue to deal pragmatically, since neither has any interest in a confrontation. But with victory comes opportunities to advance one’s preferences. In coming months we will see more clearly how or whether these two determined nations can reconcile theirs.

Michael Young is a writer and ­editor in Beirut 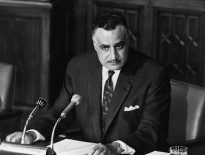 Headlines When towering rivals Rabin and Nasser met for lunc… 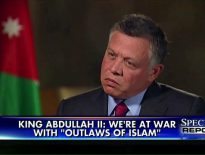 Features Jordan’s King Abdullah Visits Trump’s …
0
wpDiscuz
0
0
Would love your thoughts, please comment.x
()
x
| Reply
We use cookies to ensure that we give you the best experience on our website. If you continue to use this site we will assume that you are happy with it.Ok