By trying to preserve a corrupt political order, the pro-Iranian party is now identified with it.

Since the start of the Lebanese uprising on October 17, Hezbollah has maneuvered itself into a terrible dilemma, one with potentially existential implications for the party.

Initially, Hezbollah understood that the widespread popular denunciation of the political class and its kleptocratic, poisonous management of Lebanon represented a threat to the system that had protected the party since 2005. However, its secretary general, Hassan Nasrallah, was careful not to take a sharp position against the protest movement, initially preferring to advise demonstrators to accept a gradual, institutional response to their grievances.

Nasrallah underestimated the lack of trust between the population and the political leadership. Moreover, demonstrators could see that the Hezbollah leader was only looking to buy time. When that effort failed, Nasrallah continued to push back against the protest movement, to no avail. He then engaged in a tactical rhetorical retreat, while deploying party militants to terrorize protestors. Again, this failed, heightening public criticism of Hezbollah, which was now seen as the main defender of a thoroughly discredited political order.

When caretaker prime minister Sa‘d al-Hariri resigned on October 29, he left the party hanging. Nasrallah had wanted Hariri to stay in office, but Hariri turned the tables, knowing this would lead to one of two outcomes: either he would be allowed to form a new government on his terms; or he would be prevented from doing so, forcing Hezbollah and its allies to form a government on their own while facing popular anger and a looming economic collapse.

Hariri maneuvered well. But last week, in the face of the refusal of Hezbollah and Michel Aoun’s and Gebran Bassil’s Free Patriotic Movement to allow him to establish a purely technocratic government—the demand of the protest movement—he withdrew from the race. By doing so, he again left Hezbollah in the lurch. The reason is that Hezbollah needs Hariri as prime minister. His presence would provide the party with valuable Sunni cover, while Hariri is also regarded as one of the few politicians with enough international credibility to bring money to Lebanon and act as an interlocutor with global financial institutions and investors.

In contrast, were Hezbollah to form a government of one political color with Aoun, Bassil, and the speaker of parliament, Nabih Berri, the consequences would be catastrophic. Such a government not only would be opposed by a majority of Lebanese, it would have no international weight and no latitude to negotiate a bailout for Lebanon. Worse, it is more than likely that the United States would consider such a government a Hezbollah operation, almost certainly opening up the party’s allies to U.S. economic sanctions.

Nor does Hezbollah have a military option to bring everyone into line. Even in Shi‘a areas the party has been loath to go too far in silencing protestors, and its ability to do so in Sunni, Christian, and Druze areas is nil. However, were it to try anything on that front, the country would descend into civil war. Hezbollah considers this the worst option of all, as it would neutralize the party as a proxy for Iran in the fight against Israel. So the most it has done is to deploy young thugs with its allies in the Amal movement to scare protestors. Except that the last time this happened the protestors fought back and Hezbollah and Amal came across looking like sectarian hoodlums. Soon, spokesmen for both parties were backtracking.

The latest idea for breaking out of the deadlock has been to propose that one Samir Khatib form a government. But that plan has been derailed reportedly because Hezbollah does not want a man who is largely unknown. Perhaps the party senses that Khatib won’t cut it with the protestors or even the Sunni community. He also doesn’t have the wherewithal to navigate Lebanon through the tidal wave of a financial breakdown, so that Hezbollah may still be looking to persuade Hariri to reverse his decision to not become prime minister.

It’s difficult to disagree with Hezbollah’s assessment, if that is indeed what it believes. It is dawning on everybody that Hariri is the only serious candidate available. His decision to withdraw from the race is looking increasingly like a tactical move to compel Hezbollah, Aoun, and Bassil to reach that conclusion.

Hezbollah will remain trapped if it refuses to show flexibility over a new government. By trying to preserve the foul system that is in place and protect its parasitic allies and their interests, the party is only accelerating the system’s demise. More damaging, if the system crumbles at a moment when Hezbollah is perceived as the strongest defender of the political class that brought about this calamity, the consequences could be far-reaching for the party.

Within a relatively short period of time, Lebanon will have no choice but to go to international financial institutions to secure capital for an economy that is in dire need of liquidity. The political class will have almost no maneuvering room to prevent such an outcome, as by then the Lebanese will be screaming. In fact, to delay outside intervention would probably be suicidal for both the political class and Hezbollah.

Once the International Monetary Fund imposes a reform package on Lebanon, the ability of the politicians to prevent it will be limited. There will be much suffering because IMF packages are never gentle. But the politicians will find it more difficult to steal and they will have no option other than to go along with IMF conditions if they want money. The nature of Lebanon’s political leadership will change because there will be a stern authority over the politicians’ heads.

Hezbollah knows this and hardly relishes such a result. But everything the party is doing makes it more probable. The only alternative, then, is to accept a credible government and hope it can work out a deal with the international community that focuses on economic reform, debt rescheduling, and measures avoiding severe austerity. The Lebanese may sacrifice for a government in which they can believe, but they have to be shown light at the end of the tunnel.

Much has been said of Nasrallah’s recent remarks that Lebanon had to consider alternative economic relations to those with Western countries, and his advice to his own community to bear the hardships of the economic situation. Both ideas show the extent to which Hezbollah’s leader is grasping at straws. China, Russia, and Iran are in no position to help Lebanon, nor do they have an incentive to do so. Moreover, Lebanese know that most economic power lies in the West.

As for the Shi‘a, they did not support Hezbollah to spend years in poverty. They always considered Hezbollah as a ticket to social promotion in the Lebanese state and a way out of their past impoverishment. Asking them to grit their teeth and bear it is hardly a good plan. Once the system folds, Nasrallah will have hundreds of thousands of coreligionists to feed, and the odds are more than even that a majority will soon blame Hezbollah for their predicament.

At the end of the long national trauma, what will Hezbollah be able to offer? Weapons? Resistance? Slogans? Of what value will they be as the Lebanese climb out of the abyss? Hezbollah doesn’t offer any serious remedies to the problems of a region marked by deteriorating living conditions, an increasingly young population without prospects of a prosperous future, and corrupt leaderships that have plundered and repressed their societies. This is a dramatic moment for the party, which finds itself the prisoner of a maelstrom of recrimination tearing across a region in full transformation.

Hezbollah Has Trapped Itself 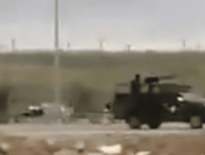 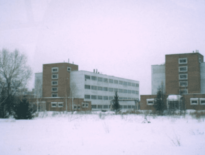 Headlines What happened after an explosion at a Russian dise…
0
wpDiscuz
0
0
Would love your thoughts, please comment.x
()
x
| Reply
We use cookies to ensure that we give you the best experience on our website. If you continue to use this site we will assume that you are happy with it.Ok