One of the magnificent chapters in Arab-Islamic history took place in the cultural-scientific revolution that came in the wake of the establishment of the Muslim empire in the Middle Ages, when dozens of scientists and intellectuals who were not of Arab origin became a part of it.

Among the most prominent was the giant of Arabic grammar, the poet and philosopher Al-Zamakhshari (1074-1143), originally from Central Asia.In one of his poems, in which he wanted to express amazement about something, he says:

“And I am amazed because the swords and spears, that in spite of their being male, menstruate [bleed]in the fighters’ hands.

“And more amazing than that, when they are in their hands, they give off sparks and fire, even though the hands of the fighters are like rivers [sweat].

“And even more amazing than all that, a gazelle [pretty woman]who hunts lions [men]and they flee in panic.”

I remembered these words when I read the column of Salman Masalha (“Why should an Arab vote?” August 21). I am not amazed and shocked because there are those calling to boycott or abstain from the election, but because of the identity of the author. After all, Masalha is not a member of the Islamic Movement, whose leaders and devotees’ view holds that “the entire nation of heresy is one,” and so it must be fought against and destroyed.

He is also not a member of a secular movement such as Sons of the Land (Abnaa al-Balad), whose ideology can be summed up in one word – “no” – regardless of the question. Masalha does not belong to the movement of the professional boycotters either, which pop up like leeches before every election campaign, every time inventing a new excuse – and who go into electoral hibernation immediately afterward.

It also amazes me that such an eloquent person as Masalha begins his column with what he calls “a crude generalization” about the essence of democracy. But later it turns out that this generalization is not crude at all, and does express the essence of true democracy. Masalha is also right when he says that Israel is a pseudo-democracy, in the best case.

Why then, as Masalha asks, “should an Arab go and vote?” First, to our great joy, even the biggest supporters of the Joint List are beginning to give up on it (“Joint List without a message,” Odeh Bisharat, August 19). This is a positive and praiseworthy change. The very participation in the elections is an expression of democratic thinking and coming out against the pattern of herd thinking, of the hamula or extended family, because in the Knesset elections voting is on the national level.

The Arab community in Israel still suffers very much from the tribal disease, and the simple fact that the Joint List presents itself as the only voting option for the Arab citizen is patently anti-democratic, it strengthens the herd mentality and delays the modernization of Arab society. The Joint List’s mechanisms for settling disputes, and first of all the Reconciliation Committee, are the perpetuation of this disgusting mentality, given that its members were not elected in a democratic manner or on a professional basis – and they do not include even a single woman. So this is also the perpetuation of male supremacy in Arab society.

If we want to keep being amazed, then to Masalha’s question is a very strange one: “How is an Arab citizen residing in his homeland, which for historic reasons received the name ‘Israel,’ supposed to relate to the citizenship imposed on his forefathers, or that which he received by virtue of having been born in his own land?”

How is a citizen of Kuwait supposed to relate to his citizenship, in a country invented by British imperialism? And much more important than that – it was proposed, and the matter may even be brought up again, to carry out land and citizenship swaps with the Palestinian Authority, in which Arab citizens of Israel would remain on their land but be annexed to the “paradise” of Palestine. A huge majority of Arab citizens of Israel rejected this out of hand.

Let us point out the firm facts, and they will serve us as a framework for any action. Israel’s Arab citizens are on their land and homeland. They are interested in being Israeli citizens, and it does not matter for our discussion how they received this citizenship. The conclusion that follows from here is very simple: Participation in the elections for the Knesset is a very important part of this citizenship, it is a significant and decisive part of the civil partnership with the Jewish majority, and the best – and almost only – way to achieve civil equality.

“I have been young and now I am old.” I have never seen or heard an Arab intellectual like Masalha call to boycott local elections, even though they are held in most cases on a hamula-tribal basis. As in every election campaign, there is an opportunity to vote and exert influence. This time we must do so, to end the nightmare of right-wing rule. If we abandon the intellectual fixation of the Joint List and its “will of the people,” there is definitely whom to vote for: The Democratic Union.

Yes, I’m going to vote in the Israeli election 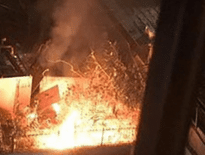 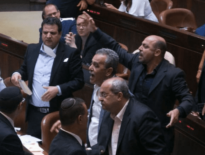 Headlines Why Should an Israeli Arab Vote?
0
wpDiscuz
0
0
Would love your thoughts, please comment.x
()
x
| Reply
We use cookies to ensure that we give you the best experience on our website. If you continue to use this site we will assume that you are happy with it.Ok