Trending
You are at:Home»Categories»Features»Why the Saudis just blacklisted two Lebanese militants
By Matthew Levitt on 30 May 2015 Features

This week, Saudi Arabia just sanctioned two senior Hezbollah members, Khalil Harb and Muhammad Qabalan, for “terrorist actions.” Both operatives have long Hezbollah resumes, but they stand out for playing leadership roles overseeing Hezbollah’s operations in one particular region: the Middle East. Tellingly, the decision to blacklist these two Hezbollah operatives comes in the wake of Hezbollah threats that Saudi Arabia would “incur very serious losses” and “pay a heavy price” as a result of its Yemen campaign. Given Hezbollah’s recent investment in expanding its regional presence and operations, the Saudis are taking these threats seriously.

The official Saudi announcement accused Harb of commanding Hezbollah’s “central military unit” and of being responsible for Hezbollah’s activities in Yemen. It points to Qabalan’s role in terrorist activities in Egypt and accuses him of “spreading chaos and instability.” Hezbollah has a long history of operating in the Gulf, but tensions today are at an all-time high. Although Sunni Arab countries have at times exaggerated the threat from their regional rival Iran and its proxy Hezbollah, the sanctions against these two Hezbollah leadership figures are well-justified. Indeed, Hezbollah and Houthi officials interviewed by the Financial Times in Beirut earlier this month both confirmed the links between the two groups. According to one Hezbollah commander, eight Hezbollah members have died so far in fighting in Yemen.

Harb is a longtime Hezbollah leader, as well as a close adviser to Secretary General Hassan Nasrallah. He first cut his teeth with special operations as deputy commander of the central military unit in southern Lebanon in the late 1980s. Later, Harb took over as the commander of Unit 1800, a Hezbollah outfit dedicated to supporting Palestinian terrorist groups by operating in the “ring countries” around Israel and infiltrating individuals into Israeli territory to conduct terrorist attacks and collect intelligence.

In 2012, he was put in charge of Unit 3800. The group was created in 2003 to support Iraqi Shiite militant groups targeting multinational forces there, but quickly expanded to supporting Shiite insurgent groups elsewhere in the region too. By later in 2012, “Harb was responsible for Hezbollah’s Yemen activities and was involved in the political side of Hizballah’s Yemen portfolio,” according to the U.S. government. By that summer, Harb was involved in “the movement of large amounts of currency to Yemen, through Saudi Arabia and the U.A.E.” And in late 2012, “Harb advised the leader of a Yemeni political party that the party’s monthly Hizballah funding of $50,000 was ready for pick up.”

According to the Treasury Department, Harb traveled to Iran many times to coordinate the group’s activities with Tehran. Appointing Harb to work on the Yemen file as the head of Unit 3800 no doubt made a great deal of sense to Hezbollah’s leaders, given his experience working with other terrorist organizations, his close relations with the Iranians, and his expertise in special operations and training, and his status as a former adviser to Nasrallah, who would presumably want an experienced commander in charge of such an important arena.

Qabalan, meanwhile, was a senior operative directing Hezbollah’s activities in Egypt by 2005. The initial Egyptian mission for Hezbollah focused on smuggling weapons and funds through Egypt to Hamas and other Palestinian groups in Gaza, as part of Unit 1800. A variety of terrorist attacks in Egypt were plotted after the February 2008 assassination of Imad Mughniyeh, a revered chief of Hezbollah’s external terror operations. While Israelis would have been the clear targets, the attacks planned for Egyptian tourist resorts would have had severe economic consequences and likely have killed or injured Egyptians unfortunate enough to be in the wrong place at the wrong time. Moreover, other attacks appear to have been planned against Egyptian targets more broadly, including critical infrastructure such as the Suez Canal. Egyptian authorities were able to break up the cell in November 2008, although Qabalan managed to flee the country.

According to a Hezbollah operative captured by the Egyptians in 2008, under Qabalan’s command. Hezbollah’s Unit 1800 planned even back then to establish networks not only in Egypt, but in Syria and Jordan as well. To ensure the success of the Egyptian component of the plan, which was arguably the most important given the geographic reality of Gaza’s border with the Egyptian Sinai, Hezbollah selected Qabalan as overall commander since he had visited Egypt several times and spent time in Sinai himself. At one point, Qabalan personally went to Sudan “to attend to logistical matters” related to the smuggling of weapons and even a small number of foreign fighters into Gaza. Finally, the captured operative also told his Egyptian interrogators that Qabalan trained would-be suicide bombers from Gaza in the use of explosive belts and helped infiltrate them into Israel in September 2008 (though Israeli police arrested the two before they could carry out their operation).

Hezbollah’s support for Yemen’s Houthi rebels is not new. Reports indicate that Hezbollah and Qods personnel have coordinated their operations in Yemen for some time now, with the former in charge of transferring funds and training Shiite insurgents, and the latter in charge of transferring advanced weapons such as antiaircraft missiles. In October 2012, then-White House counterterrorism adviser — now CIA director — John Brennan noted, “We have seen Hezbollah training militants in Yemen and Syria.” National Intelligence Director James Clapper reinforced this point in his January 2014 “Worldwide Threat Assessment,” noting that “Iran will continue to provide arms and other aid to Palestinian groups, Huthi rebels in Yemen, and Shia militants in Bahrain to expand Iranian influence and to counter perceived foreign threats.” Earlier this month, a Hezbollah fighter in Lebanon explained, “The Iranians are probably dealing with missile batteries and other weaponry. We are the guerrilla experts, so we give [Houthi rebels] advice about the best timings to strike back, when to hold back.”

Harb and Qabalan are among Hezbollah’s better-known operatives, in part because they were added to the U.S. Treasury’s list of designated terrorists back in August 2013. At the time, then-Treasury Undersecretary David Cohen — now deputy director of the CIA — issued a statement warning that, “Whether ferrying foreign fighters to the front lines of the Syrian civil war or inserting clandestine operatives in Europe, the Middle East, and elsewhere, Hezbollah remains a significant global terrorist threat.” The action exposed these operatives’ clandestine activities, but clearly did not deter them from doing more of the same.

Indeed, the threat Cohen noted in 2013 has arguably increased in the past two years, as Hezbollah continues plotting attacks around the world (the last two were thwarted in Thailand and Peru) and has become a far more destabilizing force in the region in light of its activities in Syria, Iraq and now Yemen. In the words of one Hezbollah commander: “We shouldn’t be called Party of God. We’re not a party now, we’re international. We’re in Syria, we’re in Palestine, we’re in Iraq and we’re in Yemen. We are wherever the oppressed need us … Hezbollah is the school where every freedom-seeking man wants to learn.”

The assignment of skilled operatives of Harb and Qabalan’s caliber and seniority to support Houthi rebels in Yemen underscores the importance Hezbollah attributes to the group’s activities in region in general, and in the Arabian Peninsula in particular. Those activities, the Saudis fear, might now include targeting Saudi interests — something Hezbollah has done in the past. But if past experience is any precedent, it will take more than publicly naming and shaming these two particular operatives to keep them from trying to make good on Hezbollah’s threat to make Riyadh “pay a heavy price” for its air campaign against Houthi rebels.

Levitt is the Fromer-Wexler Fellow and directs the Stein program on counterterrorism and intelligence at the Washington Institute for Near East Policy. He is the author of Hezbollah: The Global Footprint of Lebanon’s Party of God. 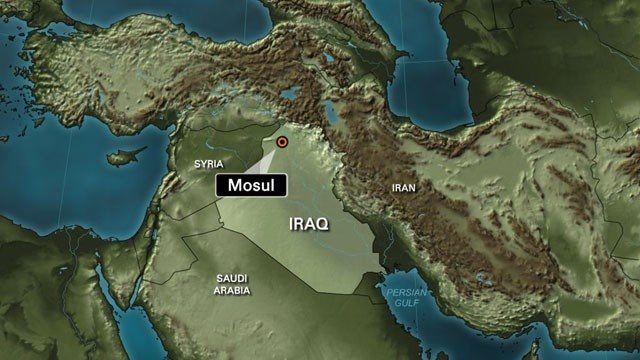 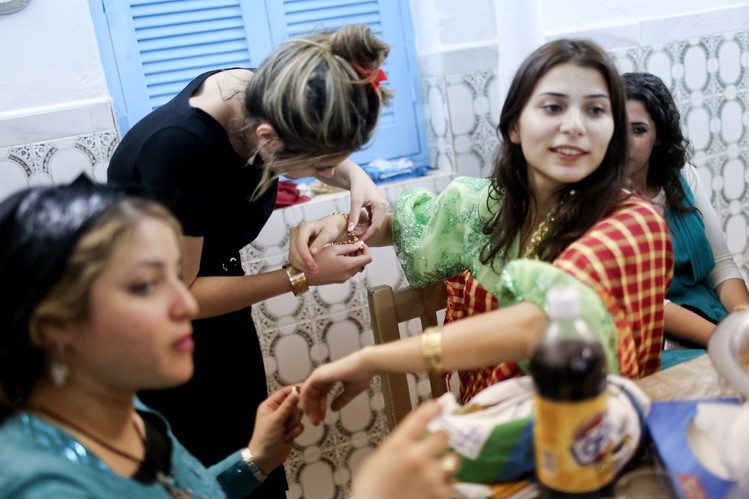 Magazine The Last of the Arab Jews
0
wpDiscuz
We use cookies to ensure that we give you the best experience on our website. If you continue to use this site we will assume that you are happy with it.Ok