If the Supreme Leader is able to continue his strategy of purposeful ambiguity by manipulating the media and parliament, the current deal could fall apart just as easily as past nuclear agreements.

In a televised speech delivered August 17, Ayatollah Ali Khamenei commented on the P5+1 nuclear agreement in skeptical terms, noting that the decision about whether to approve the deal is still unclear in both Washington and Tehran. As he has done since July, the Supreme Leader also pointedly avoided approving the agreement, after a week of vigorous debate in Iran about his views on the document.

WHAT KHAMENEI REALLY THINKS ABOUT THE DEAL

In the August 15 edition of Kayhan newspaper, influential figure Hossein Shariatmadari wrote an editorial titled “The Sole Option.” In it, he argued that anyone who reviewed Khamenei’s statements would be forced to conclude that the Supreme Leader is “fully aware of the deal’s inadequacies and its disastrous ramifications.” He continued:

“It can certainly be said that [Khamenei] is not happy with the existing draft of the deal at all. Otherwise why did he repeatedly emphasize that ‘We would not give up the revolution’s principles whether the drafted text gets approved or not,’ given the fact that he had in-depth knowledge of the Vienna deal? So this is the unnegotiable duty of the officials who review the Vienna deal’s text: to not approve any ‘article,’ ‘chapter,’ or ‘content’ that is at odds with the principles and foundations of Islam, revolution, and the existence of the regime, so that they will not have a guilty conscience today before the people and tomorrow before the almighty God.”

Shariatmadari claimed that “all officials and experts — with no exception — confess that parts of the Vienna deal and [UN Security Council] Resolution 2231 not only are incompatible with the principles and foundations of the revolution and regime, but also threaten them, and if they are implemented they might be disastrous.” According to him, some officials might argue that the deal should be endorsed despite this “confession” because they believe “the ‘reservation’ right would be a solution.” To explain this point, he went into a technical discussion of how the 1969 Vienna Convention on the Law of Treaties gives countries the right to formally express reservations about an agreement they are approving. Yet he argued that this provision would not apply to the nuclear deal because reservations can only be made in multilateral conventions, while the Joint Comprehensive Plan of Action (JCPOA) is a bilateral convention between Iran and one other party, the P5+1. Whether or not he is correct, he used this argument to conclude that “there are only two ways of dealing with the Vienna agreement: full endorsement or full rejection. There is no other conceivable way.” In his view, the answer is “to say no to the whole JCPOA and fully reject it. Is there any other option?”

Shariatmadari is not just another hardliner. For almost two decades, he has been seen as Khamenei’s mouthpiece, the one who reveals the Supreme Leader’s true impressions when Khamenei himself does not wish to publicly speak his mind for political or other reasons. In many cases where hardliners have difficulty figuring out Khamenei’s opinion on an issue, they carefully read Shariatmadari’s statements — especially his editorials in Kayhan, which is run by Khamenei. Shariatmadari has therefore become the Supreme Leader’s unofficial spokesman, and his words serve as a practical guide for hardliners in various institutions, including the Majlis.

To be sure, some hardliners have contested this view. In an August 16 article on the Tasnim website, official Hamid Reza Moghaddamfar criticized Shariatmadari’s remarks and his reputation as Khamenei’s mouthpiece: “How come a revolutionary brother such as you insists on suggesting to his readers that ‘[Khamenei] thinks like me, analyzes like me, and understands like me’?…At most you should express your own views and not speak on behalf of the Supreme Leader.” Given the source of the quote — Tasnim is affiliated with the Islamic Revolutionary Guard Corps, and Moghaddamfar is the military organization’s cultural deputy — there are at least some IRGC elements who support the nuclear deal, and President Hassan Rouhani will probably count on them in resisting hardliner pressure.

Yet despite Moghaddamfar’s criticism, neither Khamenei nor his associates denied Shariatmadari’s August 15 claims. Moreover, Khamenei’s speech two days later greatly enhanced the perception that Shariatmadari’s writings are not simply the editor’s personal views. Similar to past remarks, the speech emphasized the Supreme Leader’s lack of enthusiasm about a deal whose endorsement or rejection “is clear neither here nor in America”:

“America does not have the same credentials in this region that it used to have. They want to restore it. This is their intention in our country too. They had such a delusion that in the course of nuclear negotiations…they intended to find a tool to penetrate into the country. We blocked their way…We would allow neither [their]economic influence on Iran, nor their political influence, nor their political presence, nor their cultural influence. By all means — and, thank God, our means are strong today — we would confront them and would not allow it.”

He went on: “Our policies in the region are on the opposite side of America’s policies...We defend the resistance in the region, we defend the Palestinian resistance…We support anyone who fights against Israel, demolishes the Zionist regime, and advocates resistance…We support anyone who confronts the Zionist regime with every kind of support we are capable of.” He also repeated that Iran would provide any kind of assistance it can to the “oppressed people” of Bahrain and Yemen. Finally, he reiterated what he means by “enemy”: “In our political literature we have the term “domination order,” meaning the world is divided between dominant [powers]and dominated [entities]…Those who lead the dominant [powers]are the enemy. If we want to make a case for [who this enemy is], it would be the United States of America regime, [which]is the manifestation of the domination order par excellence.”

Iran’s legal procedure for approving the nuclear deal remains unclear. The Supreme Leader refuses to explicitly state not only his own judgment on the deal, but also which institution should make the formal decision of approval or rejection. This deliberate ambiguity is allowing hardliners to pressure Rouhani into sending the deal as a bill to the Majlis. While 201 of the 290 member of parliament signed a letter demanding that the government submit the agreement to the Majlis for approval, statements made by Guardian Council secretary Ahmad Jannati on August 15 show that even that body — whose interpretation of law would be the final arbiter between the Majlis and Rouhani’s government — is waiting to receive instruction from Khamenei.

As noted in previous PolicyWatches (see “Iran’s Security Concerns and Legal Controversies Over the Nuclear Deal,” http://washin.st/1K3Q5gM), President Rouhani would prefer that the Supreme National Security Council vote on it. This desire stems from more than just his fear that the Majlis might reject the deal; he also knows that a National Security Council decision would become legally effective only after the Supreme Leader’s official approval, meaning Khamenei would have to take an explicit stand on the deal. In contrast, Khamenei would not need to take a stand on a Majlis bill; he frequently dictates the parliament’s decisions from behind the scenes without his role being publicly acknowledged. If the Supreme Leader is able to keep his position ambiguous in the long term, he would leave room for criticizing and even walking away from the deal — which is exactly what happened to the 2003 and 2004 nuclear deals. Rouhani is acutely conscious of that experience because he was the chief nuclear negotiator at the time.

To help avoid this scenario, the P5+1 could point out bluntly to Rouhani that the JCPOA may not be sustainable without an explicit endorsement from Khamenei, citing the 2003-2004 experience. Rouhani himself provided a narrative of that experience in his book “National Security and Nuclear Diplomacy,” which he published four years ago to protect himself against mounting criticism from Khamenei and the hardliners regarding the negotiations he had led in his capacity as head of the Supreme National Security Council. P5+1 officials could also note the contrast between their own active embrace of the JCPOA and Khamenei’s silence. In Washington’s case, it would certainly be easier for President Obama to persuade Congress to approve the deal if Khamenei did so himself.

Why Khamenei’s Official Approval of the Nuclear Deal Matters 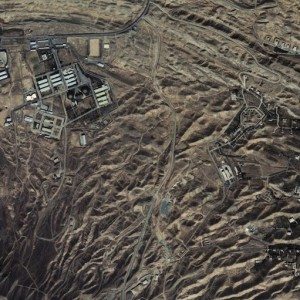 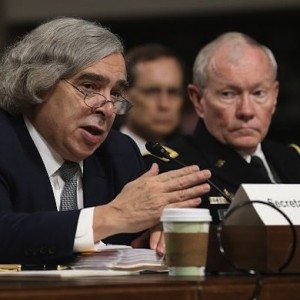 Features The 15-minute interview: Ernest Moniz
0
wpDiscuz
0
0
Would love your thoughts, please comment.x
()
x
| Reply
We use cookies to ensure that we give you the best experience on our website. If you continue to use this site we will assume that you are happy with it.Ok