Trending
You are at:Home»Categories»Features»While The Administration Slept, Others Plotted
By Alberto M. Fernandez on 23 December 2016 Features, Headlines

Asked recently about the absence of the United States from talks by Russia, Turkey and Iran on the future of Syria, the State Department spokesman dismissed its importance, saying: “The Secretary is perfectly fine not being in the room” if the result is “a cessation of hostilities that can actually matter over a period of time.”

The spokesman’s words sought to put the best spin possible in what was a singular event, part of a larger global trend, which is the marginalization of American influence in the region and the aggressive attempt by other powers to curtail the Americans further and expand their own spheres of influence. The spokesman’s words also glossed over a greater truth – that these talks are about more than recent events in Syria.

This is not to minimize the importance of the taking of Aleppo in energizing diplomatic contacts. The city’s fall has caused great consternation in the Sunni Arab Muslim world and in Turkey. It has also been a great military victory for both Iran and Russia, even if it does not represent a definitive end to this bloody conflict.

But all three powers bring many more equities and issues to the table beyond the fall of one city, no matter how storied or famous or how great the human tragedy of tens of thousands of Syrians.

For Turkey, it is about trying to save lives of people in East Aleppo and about trying to find some accommodation for its Sunni Arab allies in Northern Syria, but also about the Erdogan government’s confrontation with Kurdish nationalist rebels both inside Turkey and in Syria. Turkey now sees Syrian President Bashar Al-Assad’s survival as the price to pay for the curtailing of Kurdish aspirations.

In Syria (and at least politically in Iraq), Turkey is burnishing its credentials as the protector of Sunni Muslims, a role which has given it a regional and even international dimension as far as Africa and Central Asia, while it pursues a punitive campaign against its domestic enemies. Engagement with Russia for the sake of saving Syrians is politically popular, while there are nationalist elements in Turkey, including in the military, who look with some favor at a tilt towards Moscow.

Iran is unique in that neither Turkey nor Russia have made the investment in blood and treasure in Syria to advance their interests that Iran has made to protect its client state in Damascus. More than a thousand Iranians, including high-ranking officers, have fallen in the service of the Iranian revolutionary empire in the Levant. Iran’s principal non-state proxy, Lebanese Hizbullah, has incurred even greater losses.

Iran’s regional ambitions are expansive, and it is on the march in the Gulf, in Yemen, and seemingly in places where there are very few or no Shi’a Muslims.

So Iran engages with Turkey and Russia to maximize its Levantine winnings and ensure that those are protected, while the Russians pursue their own broader interests with the Ankara government. Iran is like a wolf protecting its hard-won prey, making sure that it is not snatched out of its mouth. Clearly, the Iranians would like to pursue a harder line than even the Russians, wiping out the remaining pockets of Sunni Arab rebel resistance.

Russia’s interests with Turkey and Iran also transcend Syria, where it has been able to secure the upper hand – at least for now – with a relatively minimal military investment. Indeed, Russia’s engagement with both those countries can be seen as part of a much broader Russian grand strategy – one that has scored some real successes – to project its power worldwide to seek to leverage the best possible position for the Putin regime in the face of Western sanctions and American hostility.

Syria is important to Russia, but Russia is even more important to Russia and Syria. Turkey and Iran are key pieces in its efforts, in an astonishing effort by Russia to practice a sort of international political jujitsu to try to break out of an economic straitjacket imposed by the West. The December 21 “Moscow Declaration” for joint action in Syria is only the latest success of an economically weak and troubled country creatively using unconventional hybrid war tactics – propaganda, military action, diplomacy – across a range of physical and virtual battlefields.

Despite the State Department’s words, we will never know what the Obama administration truly thinks about this latest development. Given its hubris, it is entirely possible that senior officials would view it as a vindication of years of Obama policy that sought to disengage from the region’s conflicts and discounted concerns of America’s traditional allies while seeking an opening with Iran. They may well think that this is good for Washington, putting the onus of at least some of the region’s thorny problems on others.

Others might say that it is the latest in a long line of fateful steps over the past decade by this administration to unmoor America from a consensus internationalist foreign policy implemented by an elite derided by a very senior Obama official as “the Blob.” The result seems clear. American influence in the Middle East region is at an all-time low. America’s word and credibility are diminished. Still despised, it is also seen as weak and feckless. The fallout of this policy will not only haunt the Trump administration, but those beyond it. Indeed, the administration has been able to pull off quite a feat: it has somehow found a way to empower and embolden not one adversary but a whole raft of them.

While The Administration Slept, Others Plotted 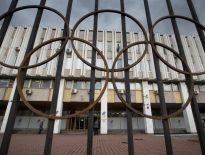 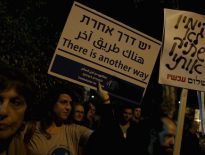 Commentary The Nakedness of the Israeli Left
0
wpDiscuz
We use cookies to ensure that we give you the best experience on our website. If you continue to use this site we will assume that you are happy with it.Ok