Trending
You are at:Home»Categories»Headlines»Where Is This ‘Israel’ They Talk About?
By Salman Masalha on 22 July 2018 Headlines

First, the nation-state law, which lawmakers of the Smotrich and Dichter breed have promoted, has not one but several intolerable clauses. All those who spoke out against only two of its clauses are full partners to this fraud that is supposedly Israeli, humane and liberal.

At first glance at its wording, one can see that the opening clause is groundless. This “Israel” that appears in it cannot be the “historic homeland of the Jewish people” as long as the borders of the “state of Israel” have not been drafted by those lawmakers who advanced the law, and as long as these borders have not been granted international recognition and legitimacy.

The third clause, which deals with “whole and united Jerusalem” as Israel’s capital, seems to be mistaken in the same way as is the term “Israel.” This clause is likewise groundless because this “Jerusalem” is extremely liquid. Nobody knows where its borders begin and end.

Clause 7, which raised a great tumult due to its blatantly racist wording, was replaced with the more general phrasing: “The state sees developing Jewish settlement as a national value.” This sentence is a renewed recitation of a Zionist principle, which has existed since this movement came into the world. There’s nothing new under the sun. This is how all the pre-state Zionist institutions acted and have been acting since Israel’s establishment. The state’s symbols – the flag, the menorah and the anthem – are the most blatant expression, reflecting the exclusion of one fifth of the state’s citizens.

As for the clause stipulating that Hebrew is the state’s “official” language, which changes the Arab language’s status from an “official” one to one with a “special” status – the Arab lawmakers in the Knesset have cooperated throughout the years with this process. If the Arab MKs had one iota of respect for their tongue they should have made all their speeches from the Knesset podium in Arabic. If you demand respect for the Arab language you should show it in action. The Arab MKs didn’t do so and with this behavior they pushed Arabic’s status with their own mouths out of the public sphere.

Every Smotrich, Dichter, Slomiansky, Ohana and their kind should know that the mere sound of their family name attests like a thousand witnesses to their origin and descent, which are alien to this place.

This must also be stressed. I, the oversigned, hereby announce to all and sundry: This country is my country and homeland, and anyone who even thinks of doubting this fact of life should be thrown into the dustbin of history. And the sooner the better.

Where Is This ‘Israel’ They Talk About? 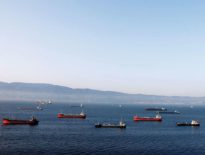 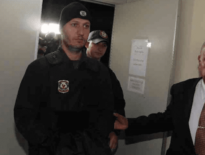 Headlines Lebanon Is Protecting Hezbollah’s Cocaine Trade …
0
wpDiscuz
We use cookies to ensure that we give you the best experience on our website. If you continue to use this site we will assume that you are happy with it.Ok