Trending
You are at:Home»Categories»Commentary»Where is the West’s moral compass?
By Michael Young on 24 August 2016 Commentary

The case of Omran Daqneesh is typical of the reaction. Many in the West reacted with sorrow when photographs of the five-year-old boy from Aleppo surfaced last week. One American anchorwoman could barely finish her sentence when showing a video of him sitting in an ambulance. But Aleppo, and much of Syria, has been a daily catalogue of crimes against children, indeed all civilians, while the West has stood by and watched.

How many westerners remember that August 21 was the third anniversary of the Ghouta chemical attack, which may have killed as many as 1,700 people? At the time, western societies opposed any response against the perpetrators, widely believed to be the Syrian regime.

In a New York Times/CBS News poll conducted in September 2013, as Barack Obama was considering air strikes against the Syrian military, 60 per cent of respondents in the United States opposed any action. This rejection came even though 75 per cent of people thought Bashar Al Assad’s forces had fired the chemical weapons.

What happened in Ghouta was an important moment, because it allowed Mr Al Assad to take the measure of western governments and societies. What he saw was that the West would probably not take any action against his regime, whatever level of violence it deployed. Time and again he tested the waters – later using barrel bombs against civilians in Aleppo – and each time he heard only empty protests.

Last year western values were put to the test again during the so-called migration crisis, which in most regards was a refugee crisis. That western countries did not want an influx of hundreds of thousands of foreigners was understandable. But what we saw was more than that. We saw entire societies turn, sometimes violently, against those fleeing a terrible war that had been raging on Europe’s south-eastern border.

That is why 2015 was so traumatic for Europe. It put great stress on the European Union’s claim to represent a community of humanitarian values and the rule of law. In a matter of weeks the edifice of European self-regard collapsed. The EU project was shaken to its core, and still hasn’t recovered amid fears that the far-right may benefit from any attempt to show sympathy for the suffering of outsiders.

Nor has the United States performed any better. It has taken in a small number of Syrians, amid protests that even these are too many. Donald Trump, the Republican candidate, declared last January that “they are letting tens of thousands of people come in from Syria and nobody knows who these people are and a lot of those people are ISIL”.

In fact, the Obama administration’s goal is to accept 10,000 Syrians by the end of September, with only about 8,000 taken in until now. They undergo careful vetting, and, Mr Trump’s hysteria notwithstanding, none have been accused of planning terrorist activities in the United States, let alone being ISIL members. Yet many people remain ­hostile.

In the debate over terrorism, one line that has emerged is that it is preferable to deal with Mr Al Assad’s regime than with a Syrian opposition with ambiguous ties to jihadist groups. However, such a judgment ignores the fact that the Syrian regime has been most responsible for the refugee crisis that alarms the West. Rather than condemn the Syrian government for its indescribable brutality; rather than see how it benefits from the catastrophes it has unleashed on the Middle East and Europe, many westerners view Mr Al Assad as a potential ally.

The reality is that countries in the West have abandoned all principle because of fear. Where there is panic there is no discernment, and this has been reinforced by unfamiliarity. As Mr Trump famously put it last year, he sought a total shutdown of Muslims entering the United States “until our country’s representatives can figure out what the hell is going on.” Here was ignorance transformed into a blunt instrument to bar an entire community from the United States.

Mr Trump didn’t need to be so modest. What was going on was that a dictator decided in 2011 to declare a war against his own people simply to stay in power. Since that time he has been bolstered by, among others, Iran, its Lebanese allies, and Russia, led by Mr Trump’s friend Vladimir Putin.

But in this game of low politics, western values have proven paper thin. Omran Daqneesh pierced the layer of indifference for a few moments, as did Aylan Kurdi last year. But such rare events only underline the extent to which western societies feel good about momentarily feeling bad, with no further consequences for their governments’ policies on the ground.

Share. Twitter Facebook Google+ Pinterest LinkedIn Tumblr Email
Previous ArticleHickey warned he could spend three months in Rio jail before investigation into Olympic tickets scam comes to court
Next Article Saudis and Extremism: ‘Both the Arsonists and the Firefighters’

Where is the West’s moral compass?

Headlines Saudis and Extremism: ‘Both the Arsonists and … 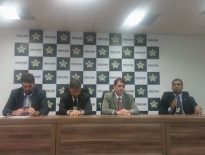 International Sports Hickey warned he could spend three months in Rio j…
0
wpDiscuz
We use cookies to ensure that we give you the best experience on our website. If you continue to use this site we will assume that you are happy with it.Ok