Of Turkey’s near-dozen neighbors, there is just one that Ankara really fears: Russia. This is rooted in history stretching back to the Ottoman Empire. At some point in the past, the Ottoman Turks ruled over or defeated all of modern Turkey’s neighbors from Greece to Syria.

The exception is Russia.

Between the 15th century, when the Ottoman and Russian empires became neighbors, and 1917, the year of the Bolshevik revolution, the Turks and Russians fought at least 17 wars.  Russia instigated every single one, and the Turks subsequently lost all of them. With good reason, across the ages Turkish elites have harbored a deeply ingrained fear of Moscow.

In fact, Russian military prowess has often acted as a catalyst in the formation of Ottoman and Turkish policy. As my colleague Akin Unver writes in his Foreign Affairs article, when Russians captured Crimea in 1783 — the first Muslim-majority territory the Turks lost to a Christian power — this triggered Turkish westernization. The Turks felt so humiliated by Russia that they decided to adopt European ways to counter it. That modernization eventually produced Mustafa Kemal Ataturk, the father of the Turkish Republic.

More recently, when Stalin demanded territory from Turkey (such as the Bosporus, in 1946), Ankara made a decision with far-reaching repercussions by opting to side with the United States in the Cold War. It appears that the fear of Russia can force the Turks to do whatever it takes to find cover against Moscow: In 1950, Turkey sent troops to faraway Korea to fight the Communists, proving its commitment to the United States. Washington rewarded Ankara for this move in 1952 with NATO membership.

Russo-phobia has acted as a key catalyst for Turkish political maneuvering for hundreds of years. That is why Ankara’s recent downing of a Russian jet, which only briefly violated Turkish airspace, makes more sense under scrutiny.

As a resurgent military power, Russia has been violating air spaces of NATO allies regularly, from Estonia to the United Kingdom, but none of these countries has shot down a Russian plane. Closer to home, Russia is not the only country that violates Turkish airspace. Greek and Turkish jets regularly violate each other’s airspace, yet Turkey is not shooting down any Greek planes. In other words, there is something uniquely disturbing in the Turkish decision to shoot down the Russian plane: This is neither routine Turkish behavior, nor a typical NATO reaction. Furthermore, with history in mind, Ankara ought to be aware that the odds that it could win a military confrontation with Russia on its own are close to nil.

Turkey’s aggressive posture vis-à-vis Russia can be explained through the war in Syria, where Ankara and Moscow have diametrically opposing policies. Since 2011, Turkey’s Syria policy has had one premise: ousting the Assad regime, which Russia has conversely and successfully bolstered. Thus far, Ankara’s Syria policy has failed and Moscow’s has succeeded.

With Russia backing Assad in Syria, it is clear that his regime will not fall. Ankara has not yet admitted this failure publicly, but in reality Turkey has already downgraded the intensity of its Syria policy.

Turkey’s Syria policy now aims to secure Ankara a seat at the table when negotiations are held for Syria’s future. This can only happen if Turkish-backed rebels continue to hold on to strategic zones in northwestern Syria. This gives further significance to the recent Russian airstrikes against these rebels. Such attacks threaten to debilitate these rebel groups, and simultaneously undermine Turkey’s recently downgraded Syria policy.

It is this fear of being shut out of Syria by Russian attacks on Turkish-aligned rebels that has induced Turkey to posture so aggressively against Russia, and which led to the hair-trigger shootdown last Friday. The question now is: How does Moscow react? While Russia is the only neighbor Ankara truly fears, the Russians consider Turkey a historic nuisance that cannot be allowed to come between it and its goals. Hence, Moscow will settle for nothing less than Turkey standing down in Syria as well as a full apology from Ankara. To date, Turkish President Recep Tayyip Erdogan and Prime Minister Ahmet Davutoglu have both ruled out an apology.

In the coming days, Russia could launch a set of retaliatory steps designed to humiliate Ankara. With this in mind, Russia will target northwestern Syria with increased vigor to root out Turkish-backed rebels. Putin’s dream now is to drive these rebels out of Syria, a scenario that would mean complete defeat of Ankara’s Syria policy. This would also potentially create a massive new wave of refugees, adding to Turkey’s current burden of nearly 2.5 million refugees.

Russia could also use asymmetrical warfare against Ankara, which might, unfortunately for Turkey, include support to the Kurdistan Workers Party (PKK) that Ankara is fighting.

Russia could also provide weapons to the PKK’s Syrian franchise, the Party for Democratic Unity (PYD), which has been aiming to capture a nearly 60-mile stretch of territory (the Jarablus–Azaz corridor) along the Turkish–Syrian border to link its two enclaves in northern Syria. Russian assistance would allow the PYD to establish a 400-mile-long pro-PKK cordon abutting Turkey from the south — with Moscow’s backing.

If a Russian–Turkish crisis escalates, this will have momentous ramifications: Turkey will react to the Russian moves with a potentially historic move.

Washington needs to prepare for Turkey’s potential next steps. After a decade of trying to become a Middle East player in its own right, Ankara may now find comfort in the NATO alliance when faced with the historic Russian menace, pivoting closer to the United States.

Alternatively, Turkey could try to retaliate against Moscow’s moves, escalating the war in Syria by bringing in Central Asian, Chechen, and other North Caucasus proxies to fight against Russia in Syria. Such a policy could find resonance with the Turkish nationalist and Islamist constituencies of the Erdogan-Davutoglu administration in Ankara, further boosting their drive for an autarchic foreign policy.

Either way Turkey turns, Ankara could be at the precipice of a major foreign policy decision: When Russia howls, Turkey moves.

Soner Cagaptay is Director of the Turkish Research Program at The Washington Institute for Near East Policy and author of The Rise of Turkey: The 21st Century’s First Muslim Power.

War on the Rocks 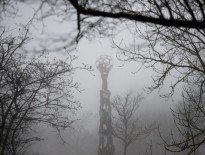 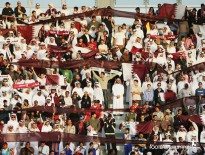 International Sports Potemkin Villages, Scapegoats and Fake Qatari Fans…
0
wpDiscuz
0
0
Would love your thoughts, please comment.x
()
x
| Reply
We use cookies to ensure that we give you the best experience on our website. If you continue to use this site we will assume that you are happy with it.Ok