Trending
You are at:Home»Categories»Headlines»What to expect from a new Lebanese government: “Anti-corruption” as witch hunt
By Jeffrey Feltman on 27 January 2020 Headlines

Beyond the imploding Lebanese economy, Lebanon’s incoming pro-Syria, pro-Hezbollah government has a problem. President Michel Aoun and the political forces pulling the strings behind the new cabinet relish the opportunity to unleash, at last, the powers of the state against their pro-West political rivals.

But angry demonstrators and increasingly desperate citizens will expect their non-partisan (or even anti-partisan) political and economic grievances to be addressed. In response, as one of its first acts, the new cabinet will announce an aggressive anti-corruption campaign, aimed at calming the streets after 100 days of protests. Rapacious corruption, after all, is widely recognized as endemic across nearly the entire political spectrum in Lebanon, fueled by decades of sectarian patronage spoils and lack of transparency.

Fighting corruption can in theory provide populist support to a questionable new cabinet. But in practice, this government’s anti-corruption slogans will be designed to mask an ugly witch hunt.

The now ubiquitous Lebanese protest cry — “everyone means everyone,” demanding the expulsion of the entire old guard from ministerial posts — should also define who will face corruption scrutiny. But the new government’s anti-corruption agenda will be selective. It will amount to vindictive retribution against those Lebanese political figures who had the temerity to stand up to, or represent, an alternative view to the anti-West Aoun-Hezbollah-Damascus vision for Lebanon that the incoming cabinet embodies.

Outgoing Prime Minister Saad Hariri, former Prime Minister Fouad Sinoira, Druse leader Walid Jumblatt, and their allies will be targeted. Outgoing Foreign Minister Gebran Bassil and his cronies, Parliamentary Speaker Nabih Berri, and others associated with the Aoun-Hezbollah-Damascus axis — no less deserving of scrutiny — will be spared. No one will look seriously into murky fuel and electricity deals negotiated by ministers from the Aoun-Bassil Free Patriotic Movement (FPM) party. Hezbollah will not be forced to pay taxes on its extensive economic activities or open its books on its secret telecommunication system and smuggling operations.

There is history behind this. As early as his May 7, 2005 return to Lebanon after over 14 years of sullen exile in France, Michel Aoun revealed his intention to use corruption charges for partisan aims. Syrian occupying forces had departed Lebanon only 11 days earlier, forced out by the combination of external pressure and massive internal demonstrations provoked by the February 14, 2005 assassination of former Prime Minister Rafiq Hariri. Aoun seethed that Hariri, in death, accomplished what 14 years of Aoun tantrums in France failed to do: expel the Syrian occupying forces.

Ignoring the giant posters of Hariri lining Beirut’s streets and defying the then-current custom of laying a wreath on Hariri’s tomb to recognize his death’s impact in unifying most of Lebanon against the Syrian occupation, Aoun used his initial homecoming speech not to condemn Hariri’s assassins or applaud the departure of Syrian troops but to attack corruption. This was shorthand, as everyone at the time recognized, for his intention to go after the Hariri family and Jumblatt for not embracing Aoun as Lebanon’s savoir.

For his part, Bassil (Aoun’s son-in-law and putative political heir apparent) revealed his blindness about genuine anti-corruption measures more recently in this year’s World Economic Forum. Pressed by CNBC’s Hadley Gamble about how an ex-minister in a bankrupt country covered the cost of private plane travel to Davos, Bassil tried out several explanations before eventually murmuring about generous unidentified friends. As Bassil visibly squirmed, Gamble and Dutch Minister of Foreign Trade and Development Sigrid Kaag (who previously served as the United Nations Special Coordinator for Lebanon) bantered about how their employers would not permit such anonymous friends. With Bassil having secured cabinet positions for his party lackeys and allies, and while he leads the (narrow) parliamentary majority bloc, the need for full transparency will apply to others, not him.

ELSEWHERE ON THE AGENDA

We should also anticipate renewed efforts by the incoming government to push out Syrian refugees, defying international standards of safe, dignified, and voluntary returns. Given Lebanon’s economic woes, some Syrians have indeed returned back to Syria, and most Lebanese (mindful that Palestinians who fled to Lebanon upon the creation of Israel in 1948 stayed) would welcome an acceleration of returns, whether the acceleration complies with international norms or not.

Damascus will undoubtedly welcome the new cabinet as the most “one color,” pro-Damascus Lebanese government since the ill-fated Omar Karami government of late 2004 and early 2005, with its dubious distinction of using bulldozers to try to destroy the evidence behind the Hariri assassination. Damascus and its Lebanese stooges will undoubtedly take satisfaction that, for them, this cabinet symbolizes the reversal of the humiliating 2005 Syrian troop withdrawal. While the ministerial faces are in many cases new, at least to the international community, a glance at the backgrounds, backers, and relatives is revealing. The cabinet will be composed of pro-Syrian, pro-Hezbollah, and pro-Aoun politicians and allies, along with a handful of Lebanese opportunists thrown in. After the ambiguity and contradictions of recent “national unity cabinets,” the clarity of Lebanon’s ministerial slate is bracing.

Should the U.S. government and others even try to work with a cabinet that doesn’t even pretend to represent all sides of the divided Lebanese political spectrum? Washington seemed to have no qualms about dealing with outgoing Foreign Minister Gebran Bassil, despite his role as the architect of the February 2006 deal that wedded his father-in-law’s Christian-based party to Hezbollah. No single person bears more responsibility than Bassil for the expansion of Hezbollah’s political and legal influence beyond the narrow Shia constitutional quota permitted under the Taif sectarian divisions, and Bassil enabled Hezbollah’s claims to represent a national base as the expense of political forces friendly to the West.

But the U.S. stayed engaged with Lebanon even under the Bassil-brokered expansion of a terrorist organization’s power because the U.S. has interests in Lebanon requiring that engagement to protect and promote. That fact remains the same today, however unsavory the forces behind the new cabinet.

In fact, downgrading U.S. relations with Lebanon now would serve the interests of Hezbollah and Damascus in pushing the United States out of Lebanon, with Russia, Iran, and Syria filling the vacuum. The Aoun-Hezbollah-Damascus axis wants the U.S. partnership with the Lebanese Armed Forces (LAF) to end, as the LAF’s enhanced capacities, linked to U.S. training and assistance, is the most effective tool available to undermine Hezbollah’s sinister narrative about protecting Lebanon with Iranian rockets that in fact put Lebanon at risk. The U.S. interests in Lebanon range from not wanting to see the Russians control three Eastern Mediterranean ports, to counterterrorism, to hydrocarbons, and beyond.

Let’s not make the Aoun-Hezbollah-Damascus vision for Lebanon easy to implement, especially when we know that the Lebanese population mostly favors a Western, not Syria-Iranian, orientation. We deal with many warlords in Afghanistan and elsewhere; we need to stay to compete to protect our interests and push back against those would harm our interests, hard as that may be in a country as complicated and divided as Lebanon. Conversely, if we do preemptively call it quits, the Lebanese — recognizing their country’s vulnerabilities — will turn to whichever force they believe can protect them. One can hardly blame them for that.

Lebanon’s acute financial and economic crisis gives us leverage. Even if Hezbollah simply believes it possible to wait out the crisis (and wait us out), the new cabinet will feel obliged to respond to public outcries. Bankers and economists are bracing for a Greek-sized contraction of the economy this year, of 25% or even more, yet without Greek-sized internal resilience or external (EU) partnerships. Unemployment, already at 25%, is estimated to rise to 50%. Any creative credit lines to ease the collapse or International Monetary Fund (IMF) recovery programs must include the type of stringent monitoring and reporting that Lebanon has until now rejected but will have no choice but to accept as a condition of any assistance.

Just as 2005, when internal demonstrations and external pressures gave the Syrians no choice but to withdraw troops, Lebanon’s internal demonstrations and demands — combined with tough external pressure on the cabinet to address those demands — have the potential to constructively affect the actions of even this most unpromising cabinet. If, as many predict or hope, this unsavory cabinet’s lifespan is abbreviated, an improved slate of ministers will face the same challenges. After all, Lebanon’s government did not collapse with Saad Hariri’s November resignation: In terms of providing services to its citizens and protecting national interests, the Lebanese government (with the exception of a few institutions, such as the LAF) had collapsed years, if not decades, before.

One of the ironies of the current crisis is that Michel Aoun, as president, and Gebran Bassil, as parliamentary majority leader, will preside over what will probably be the largest outward migration of Lebanese Christians since Lebanon’s civil war.

Both Aoun and Bassil have viewed the protection of Christians in the Middle East as their signature project and the motivation for their questionable, ends-justify-the-means policies. Indeed, Bassil, who saw Hezbollah as key to his and his father-in-law’s political ambitions, publicly justified his embrace of Hezbollah on the basis of Christian fears. Noting that the Shia are also a minority, albeit in Lebanon a well-armed one, he claimed a need for the Christians to find a strong ally against Sunni terrorism and a Sunni demographic wave exacerbated by the Palestinian and Syrian refugees who sought shelter in Lebanon.

Now, instead of fleeing Bassil’s predicted Sunni violence and hordes, Lebanon’s Christians are fleeing the system their leaders — including Aoun and Bassil — had used to keep themselves in power but that now is collapsing on the weight of its venality. Before 2005, Aoun could legitimately claim to be outside the system; 15 years later, such claims are preposterous. In December 2019, when Bassil at the Doha Forum tried to posture as an outsider, as someone who shared the Lebanese protestors’ demands, the audience tittered. One person in the audience, in a stage whisper, noted that Bassil, yes, does inspire the protestors — as an object of their ire.

Offstage, as the cabinet formation process ends, another drama is taking shape: the question of who will replace Michel Aoun as Lebanese president when Aoun’s term ends in October 2022. While presidential ambitions seem to lurk in the minds of all Lebanese Maronite Christians (from whose ranks all Lebanese presidents have been selected), the rivalry will likely increase between Bassil, hoping to replicate his father-in-law’s elevation to the presidency by riding on Hezbollah’s support, and Suleiman Franjieh, a grandson of a former president who is one of Damascus’ closest allies in Lebanon.

But this tiresome business-as-usual politicking will not solve Lebanon’s woes. In the meantime, the average Lebanese citizens will continue to suffer under a system long understood to be dysfunctional but now in a fatal downspin. The curious ability of the Lebanese economy to defy gravity has ended, and the crash is underway. Unfortunately, the incoming cabinet will find it irresistible and easier to go after political enemies than to create a more sustainable and representative system that allows the Lebanese to thrive at home as they have in so many places abroad.

What to expect from a new Lebanese government: “Anti-corruption” as witch hunt 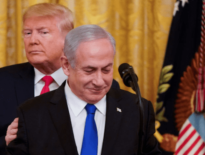 Headlines Thoughts about the “Deal of the Century” 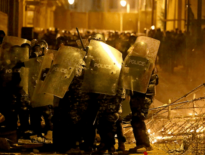 Headlines Hezbollah will find the urgent Lebanese priorities…
0
wpDiscuz
0
0
Would love your thoughts, please comment.x
()
x
| Reply
We use cookies to ensure that we give you the best experience on our website. If you continue to use this site we will assume that you are happy with it.Ok