What good can be expected from pursuing justice abroad for crimes committed in Syria? What are the different types of courts and what are the best pathways for justice and accountability? SyriaUntold met with award-winning human rights lawyer Anwar Al-Bounni to answer some of these questions.

July 2018 witnessed the systematic release of death certificates by the Assad regime authorities for thousands of detainees that have been held incommunicado for years. Most of the certificates stated heart attacks or other medical conditions as reasons for the deaths. No bodies were delivered to the grieving families after years of searching for their loved ones.

The systematic killing bureaucracy of the Assad regime is the subject of several investigations in European courts today. In it’s first part, our interview with award-winning human rights lawyer Mr. Anwar Al-Bounni discussed the legal grounds for such cases. Here we take a closer look at the most prominent ongoing cases in Spain, France and Germany. We also learn more of Mr. Al-Bounni’s stance on the importance and limitations of these procedures in upholding peace and justice in Syria.

Following the precedent set by Spanish courts in the 1998 Pinochet case, other law suits based on International jurisdiction were filed in Spanish courts. Some of those caused negative political, economic and diplomatic repurcussions to the Spanish state, such as the case brought against a previous Chinese president over charges of genocide committed by China in Tibet, which resulted in a backlash in diplomatic and economic relations with Madrid. This lead to a legislative amendment of the law on jurisdiction in Spain in 2014 that applied crippling limitations on the application of International jurisdiction in Spanish courts.

However, the “Syrian” case in Spain was filed by a Spanish citizen under local jurisdiction. The case first started when Ms. H, a Spanish citizen of Syrian origins, saw pictures of her missing Syrian brother among the thousands of photos leaked by the defecting regime forensic photographer known as Cesar.

The Cesar files included images taken of thousands of corpses of victims that were killed in regime detention centers, under torture or due to extreme holding conditions in security cells. They were published in 2015 and provided the only source of information for countless Syrians that had lost trace of their family members and friends.

Ms. H’s brother had been missing incommunicado for two years. After surviving the worry and consequences of his absence, his family then, like millions of other Syrians, had to go through thousands of horrific images of severely harmed corpses one by one searching for a close resemblance to their missing relative.

Through the legal representation of Guernica 37, Ms. H filed a case against the Syrian authorities for the crime they have committed against her brother and the extreme agony it has caused her. As a Spanish citizen she was entitled to resort to a Spanish court. At first “Judge Vilasco confirmed the case and opened an investigation”, Mr. Cadman of G37 told Syria Untold, “but then the state, as directed by the attorney general, appealed against the decision on jurisdiction”.

In 2013, 20-year-old Patrick A. Dabbag, a Syrian-French citizen, was taken from his family home in Damascus by a group of men claiming to be security officers at the Air Force Intelligence security branch. The five men (two of which were soldiers) gave no reason for his detention nor produced an arrest warrant, according to his relatives who reported the incident.

The next day they came back to take his father Mazen Dabbagh, also a dual national, and instructor at the French School in Damascus. The reason they gave for the arrest was “to teach him how to educate his son” because he had done a bad job at it according to the group of soldiers that came this time. Neither men have been seen or communicated with since.

Earlier this month, August 2018, Mrs. Dabbagh received notification from regime authorities stating her husband and son had died during their detention due to “heart attacks”. The father in 2017, the son in 2014.

in 2016, Mazen’s brother, Obeidah Dabbagh, with the help of the International Federation for Human Rights (FIDH) and the League of Human Rights (LDH), filed a case in France against the Air Force Intelligence for the forced disappearance of the two French nationals. Despite the clear national jurisdiction the court has over this case, little progress has been achieved in the past two years.

A wider investigation was initiated in France after the famous Caesar file was leaked in 2014. Considering the Caesar photos as evidence of large scale systematic human right abuse, a French court specialised in cases of war crimes and crimes against humanity opened an investigation in 2015. But here again, very little progress has been made for reasons linked to the jurisdiction limitations in France requiring a suspect or victim to be a resident or national of France.

Other prominent cases against the Syrian regime currently underway in France include the Baba Amr Press Centre case, in which French photojournalist, Remi Ochlik was targeted and killed in 2012 during a regime attack on the media centre. The photographer, along with American journalist Marie Colvin, were killed on impact. Three other journalists were injured in the attack, Wa’el Al-Omar (Syrian), Edith Bouvier (French) and Paul Conroy (British). Along with their families, they filed a case against the Syrian regime officials responsible for planning and excusing the attack.

The only Syria-related case that has gained traction in the French legal system is focused on a corporation working in Syria rather than Syrian perpetrators, due to link with ISIS. In the La Farge case the cement company is accused of doing business with the Islamic State group in northeast Syria and placing the lives of its Syrian employees in danger for it. The French company, through it’s local subsidiary, evacuated its expatriate staff and kept the Syrian staff in operation in IS held areas. This not only exposed them to fatal danger, but also included financial cooperation with the terrorist group in order to maintain operations going. By the end of 2017, six top staff members had been indicted on charges financing terrorism and endangering people’s lives, and in June 2018, the company’s itself was charged with complicity in crimes against humanity, financing terrorists and endangering the lives of its employees.

While the trend in most other countries seems to be to limit the application of the principle of universal jurisdictions in prosecuting crimes against humanity and war crimes in recent years, German laws offer one of the most open interpretations of universal jurisdiction. This has enabled the systematic investigation of torture crimes and crimes against humanity committed by Assad regime officials, not only in single cases of a specific victim in a limited incident, but also collectively as evidence of a systematic criminal practice.

A small group of torture survivors, with the help of the Syrian Centre for Research and Studies (SCRS), the Syrian Center for Media and Freedom of Expression (SCM) and the European Center for Constitutional and Human Rights (ECCHR) have filed the case against the three “death” security branches. The survivors are adult Syrian women and men that were victims of enforced disappearance. They were illegally held in Assad regime security cells after the 2011 uprising in Syria but managed to reach Germany after their release. In addition to their testimonies as witnesses and survivors, the case also relied on photographic evidence from the Caesar file which illustrated scale of the Assad killing machine.

The Public Prosecutor General of Germany’s Federal Court of Justice, Peter Frank,  issued an arrest warrant last June 2018 against Jameel Hassan, head of the Air Force Intelligence security branch, for crimes against humanity. Hassan, 65, is notoriously known for his bloody repression against detainees and his support for massacres as political solutions.

News about the warrant was enthusiastically circulated amongst Syrians everywhere, as a first step in a very long and painful process, even though Hassan has been under USA and EU sanctions for years and his mobility has been limited even before the warrant. On this matter, Mr. Cadman of G37 commented:

“The position that a lot of European judges and prosecutors have always taken is that it can be very difficult to bring any of those accused persons before a court. But what we are seeing, certainly, [is that]two of the accused in our Spanish case, and at least one of the accused in our British case, they are travelling around Europe already. I mean we’ve seen that Ali Mamlouk was in Italy recently, he was in Germany last year having meetings…”

An example of such arrest opportunities through official travels is an event that took place last year at Cambridge University, where a regime ambassador and a former minister were supposed to speak. ”Of course, the Syrian civil society community here were outraged by them actually being allowed to travel to the United Kingdom and speak in a public forum. While my view was, let them come. We want them to come so we can have them arrested,” said Cadman.

There are also cases invoking the principle of universal jurisdiction that have been filed or already in trial in Sweden, Austria, and the UK. Of all the cases in the EU, the German prosecutor’s decision to issue an arrest warrant against Jameel al-Hassan is the first against a high-ranking regime official in Syria. The systematic nature of the investigation could also mean that more notorious regime names could follow.

While Mr. Al-Bounni sees progress in such cases, and devotes considerable personal effort to help develop viable law suits and lay the foundations for international arrests warrants so prosecutions can move forward in Europe, he believes justice for Syria is impossible to achieve abroad. The aim, he says, goes beyond the limitations of any court case, because in order to build sustainable peace, Syrians must feel that their justice is in their hands, to rebuild it collectively as a system at home in Syria. 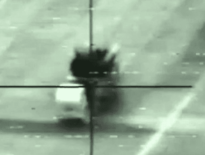 Headlines The secrecy is unveiled: a race to destroy Iranian… 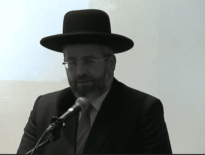 Headlines Chief rabbi demands Nation-State Law amendments
0
wpDiscuz
0
0
Would love your thoughts, please comment.x
()
x
| Reply
We use cookies to ensure that we give you the best experience on our website. If you continue to use this site we will assume that you are happy with it.Ok