KEIR RADNEDGE in MEXICO CITY: Olympic powerbroker Sheikh Ahmad Al-Fahad Al-Sabah has been accused of putting personal political interests ahead of sport by a group claiming to represent football clubs in Kuwaiti.

Kuwait has been suspended from international competition by the International Olympic Committee and world football body FIFA over proposals for a controversial new law imposing what they consider to be unacceptable levels of political interference in sport.

Tomorrow, in Mexico City, FIFA Congress is due to vote on a recommendation from the new governing council to ratify Kuwait’s exclusion which would confirm its expulsion from the current 2018 World Cup qualifying competition.

Sheikh Ahmad wields power in world sport through his presidencies of the Olympic Council of Asia, of the Association of National Olympic Committees and of Olympic Solidarity.

He is also a member of the FIFA Council though he suffered a political setback in February when Sheikh Salman bin Ebrahim Al Khalifa, his preferred choice, was defeated by Gianni Infantino in the vote for a new world football president.

In recent years Sheikh Ahmad has found himself under increasing pressure in Kuwait itself in a power battle within the governing royal family. The clubs believe he is using his influence within international sport to try to bring pressure to bear on opponents within Kuwait.

Abdullah Al-Maayouf, a member of the Kuwait National Assembly and member of the 1982 World Cup squad, is among  a group of former international footballers who have flown to Mexico City to lobby for support to oppose the Gulf state’s FIFA suspension.

He said: “Certain people from Kuwait have a lot of influence [in]FIFA and the IOC. We believe they have pushed for the suspension to drive their personal agendas.”

When asked to identify these ‘people’ Al-Maayouf named only Sheikh Ahmad, a former chairman of the international oil cartel OPEC.

Al-Maayouf added: “There is something personal between him and the government and some of the royal family.

“How can it be allowed for someone to be so strong to cause such a problem? He has a very powerful position in many of the sports federations in Asia, in the Far East and – as a person with such a high position – he influenced all the others around him in other federations.

“It is very sad that because of some personal conflicts it makes Kuwait lose all our possibilities of participating in world football . . . It’s not about football it’s about something else.”

Saad Al-Houti, captain of Kuwait in the 1982 World Cup finals, is another member of the lobbying delegation from Kuwait Football Clubs.

He said: “Kuwait football is suffering. The most frustrating part is that our FA is not doing anything to have the suspension lifted. This is why we have come to Mexico City this week, to defend the future of football in our country.”

Sheikh Ahmad would doubtless respond that the suspension decisions were taken by the senior councils of world sports’ major governing bodies rather than on any individual whim. 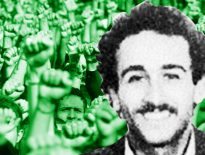 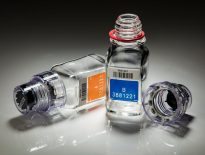 International Sports Russian Insider Says State-Run Doping Fueled Olymp…
0
wpDiscuz
We use cookies to ensure that we give you the best experience on our website. If you continue to use this site we will assume that you are happy with it.Ok