After a week of meetings in Washington, including an Oval Office chat with President Obama, Saudi prince Muhammad bin Salman (aka MbS) is heading for the west coast. There he is expected to visit Silicon Valley as well as the San Francisco headquarters of Uber, the rapidly growing ride-hailing company in which Saudi Arabia has just invested $3.5 billion. Afterward he will likely visit investment banks in New York to discuss a partial sell-off of Saudi Aramco, the kingdom’s national oil company, toward his wider goal of creating a $2 trillion sovereign wealth fund and changing his country’s economy.

As the world’s largest oil exporter — boasting reserves of 266 billion barrels, or 15.7 percent of the world total — Saudi Arabia is widely considered “a one-trick economy,” as a recent Financial Times headline put it. That economy has been under particular strain since oil prices collapsed in late 2014, from above $100 per barrel to around $50 today. Although the latter figure represents a significant rise from this year’s low (under $30 in January), prices will likely be restrained for now because of the large stock overtake (i.e., oil that has been pumped but is sitting in storage). The collapse was at least partly self-inflicted — Riyadh foresaw the growth of U.S. shale oil companies, but its attempt to drive out these higher-cost producers did not fully succeed.

The energy uncertainty has been accompanied by rapid political change. King Abdullah died in January 2015 and was replaced by King Salman, the father of MbS. Although the prince was only twenty-nine at the time, he was named defense minister and head of the new Council of Economic and Development Affairs, a post he has used to make his influence felt on all aspects of the Saudi economy. In April 2015, the king named him deputy crown prince (second in line to the throne) and chairman of a new oil policymaking body, the Supreme Council, sidelining other royals in the process.

Yet the kingdom persisted in its policy of pumping huge volumes of oil to retain market share, which kept prices weak. Meanwhile, Saudi financial reserves fell, in part because MbS was pushing intervention in Yemen as a means of blunting perceived Iranian influence on the kingdom’s southern border. Although the oil minister was purged in last month’s government reshuffle, no production cuts appear imminent.

DEBUT OF THE NEXT KING?

Prince Muhammad’s dramatic ascent has surprised Saudis and foreigners alike, and his introduction to the world began in earnest this year. During his current trip, he is not only meeting with the president and congressional leaders, but also holding one-on-one sessions with the likes of former CIA and CENTCOM chief David Petraeus and Carlyle investment group executive David Rubenstein.

In addition, he has also been conducting carefully orchestrated meetings with the media. In a January cover story by the Economist, he acknowledged that he wants to instill a Thatcher-esque revolution in Saudi Arabia, then declared himself an admirer of Winston Churchill, to whom he attributed the saying “Opportunities come during crises.” Similarly, in an April profile by Bloomberg Businessweek, he noted that Sun Tzu’s The Art of War had taught him how to turn adversity to his advantage.

Such interviews have sometimes highlighted an arrogance that belies his relative lack of experience, as well as a certain edge regarding his attitude toward Washington. In January, for instance, he declared, “The United States must realize that they are the number one in the world and they have to act like it.” He also prefers Arab dress to Western clothing, and he has not been shy about flaunting his intelligence (he was fourth in his 2007 graduating class at King Saud University).

His rapid ascent and inexperience have spurred considerable speculation about his closest advisors. Although MbS has access to the entire Saudi bureaucracy, he is said to rely heavily on just four people:

Even so, MbS has brought a much wider group of ministers and advisors on his U.S. visit; along with media and support staff, his entourage fills three aircraft. Principal members of the delegation include Foreign Minister Adel al-Jubeir, Finance Minister Ibrahim al-Assaf, Commerce and Investment Minister Majid al-Qasabi, Culture and Information Minister Adel al-Toraifi, Energy Minister Khalid al-Falih, and intelligence chief Khaled al-Humaidan.

THE FUTURE AND HOW TO GET THERE

The rationale behind the prince’s recently unveiled economic plan, called “Vision 2030,” has been attributed to the officials around him as well as to foreign advisors. For example, the consulting firm McKinsey produced a publicly available report on the subject in December, and other consultancies and banks are also reportedly involved.

The main elements of Vision 2030 are:

Some changes are already underway via the National Transformation Program 2020, announced earlier this month. This program’s ambitious targets include:

Although these measures seem logical, the timeframe allowed for their completion will likely have to be lengthened, and their ultimate success will depend on the people’s willingness to work in the private sector. This may take a generation — currently, many Saudis prefer government jobs because they are less demanding. Moreover, reducing subsidies could strain the implicit social contract between the royal family and its subjects. Despite the kingdom’s reputation for extraordinary affluence, its per capita wealth is less than that of several neighboring countries, and income disparity is high. Indeed, there are many more questions still to be asked and answered, and it is far from clear that MbS and his circle have the necessary responses prepared.

At the same time, the prince’s youth gives him an advantage. He is apparently very popular among young Saudis, who relish the prospect of being ruled by someone who doesn’t look like their grandfather. Although his obvious ambition and favored status have irritated other royals, he is receiving largely good publicity for now — not only from the slavish official media, but also on social media, where Saudis have astonishingly high usage rates.

The good news for the United States is that MbS evidently favors developing more ties with American companies. He has also met with the head of the U.S. Chamber of Commerce and various defense industry CEOs during his Washington stay. Whether they can help him achieve his vision will ultimately depend on the validity of the assumptions being made now — and, perhaps crucially, on circumstances in the ever-shifting Middle East, which will need to be favorable if the kingdom’s sensitive initiatives are to succeed. 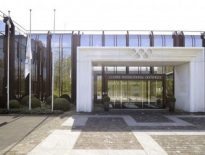 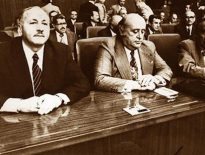 Culture & religions Interview: Umut Uzer on the turbulent history of T…
0
wpDiscuz
We use cookies to ensure that we give you the best experience on our website. If you continue to use this site we will assume that you are happy with it.Ok