Trending
You are at:Home»Categories»Features»Velayati: Senior Individuals Are Unaccounted For
By Rooz on 1 October 2015 Features, Politics
Maryam Kashani
kashanim.kashani(at)roozonline.com

In response to a loaded question about possible “cooperation between Saudi Arabia and Israel” regarding the haj stampede in Mina near Mecca, Velayati told Fars news agency (affiliated with the Revolutionary Guards) “Cooperation between Saudi Arabia and Israel in various regional issues is not something they can keep secret. I do not have special information about this but what has happened is suspicious because a number of senior individuals in the Islamic republic of Iran in technical and political fields have died and the Saudi government must be accountable.”

Soon after the stampede, reports were published about the disappearance of a number of senior officials in the Islamic republic of Iran at Mina, but government officials remained silent on these. With Velayati’s words, the issue has taken a wider dimension.

The issue of the disappearance of Iran’s former ambassador to Lebanon seems to be more sensitive than others. In her official capacity as the spokesperson for Iran’s foreign ministry, Marzie Afkham, yesterday said that Ghazanfar Asl Roknabadi, an Iranian diplomat who had been on the haj had disappeared. He had travelled to the pilgrimage on a regular, non-diplomatic passport.

According to Mehr news agency, Afkham categorized reports that the former ambassador to Lebanon had gone to Saudi Arabia under a disguised name as premature although did acknowledge that he had used his regular, non-diplomatic passport for the trip. She expressed confidence that the ambassador was on the trip and added that the Saudi government knew of this. She further said, “The regular passport of Ghazanfar Asl is in the foreign ministry and contains the haj visa. Saudi officials have the list of all those who have disappeared on this trip.

In support of her remarks, a video clip has been shown in which Ghazanfar Asl is said to be seen participating in the stoning of the devil ceremony and the government has said that he had read out the final statement of this year’s event.

At the same time, the deputy minister of culture Hossein Nooshabadi told reporters that the Saudis were lying about Ghazanfar Asl. “They (the Saudis) definitely know where Ghazanfar Asl, and other friends at the haj, are right now. They don’t want to say it. They have not been found among the injured or the dead. It appears that a conspiracy is at play a plan had been hatched up for individuals like Ghazanfar Asl. I think Saudi intelligence forces have kidnaped him. This is a serious possibility.”

Iranian news sources have named a number of other “diplomats from the foreign ministry” to have also been either killed or disappeared in the Mina incident.

In addition to the names of these diplomats, reports have also indicated that a number of senior commanders of the Revolutionary Guards force have also been unaccounted for. Fars news agency listed these as Ali Asqar Fooladgar who was a specialist on Middle East affairs and some news agencies had said that he was a deputy to General Rahim Safavi, currently a special advisor to ayatollah Khamenei.

As the events at Mina keep unfolding, the tone and attacks by officials from the Islamic republic of Iran against Saudi Arabia seem to be growing as well.

Velayati: Senior Individuals Are Unaccounted For

by Rooz time to read: 3 min 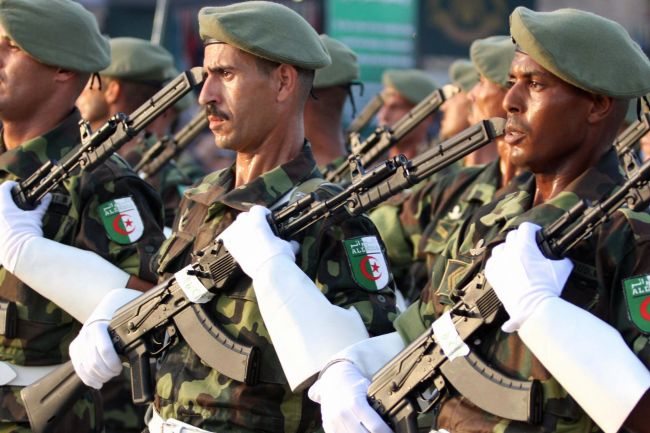 Features Why Algeria Isn’t Exporting Jihadists
0
wpDiscuz
0
0
Would love your thoughts, please comment.x
()
x
| Reply
We use cookies to ensure that we give you the best experience on our website. If you continue to use this site we will assume that you are happy with it.Ok