Trending
You are at:Home»Categories»Headlines»US, UAE said holding ‘decisive’ meeting with Sudan over Israel normalization
By Times of Israel on 20 September 2020 Headlines
US Secretary of State Mike Pompeo stands with Sudanese Gen. Abdel-Fattah Burhan, the head of the ruling sovereign council, in Khartoum, Sudan, Tuesday, Aug. 25, 2020. (Sudanese Cabinet via AP)

Sudanese officials are holding a “decisive” meeting with counterparts from the US and UAE over signing a normalization deal with Israel, the Walla news site reported Sunday.

Sudan has been among a number of countries touted as possibly inking a deal with Israel, following the diplomatic move made by the United Arab Emirates and Bahrain on Tuesday.

According to the report, which was also published in English on the Axios website, Sudan is asking for a wide-reaching economic support package, and if an agreement is reached, could announce a deal with Israel in the coming days.

Sudan is reportedly asking for oil and wheat shipments worth $1.2 billion to cope with recent devastating floods, a $2 billion grant to deal with Sudan’s economic crisis and a commitment of economic support from the US and the UAE over the next three years.

Israeli officials have long expressed a wish for better relations with Khartoum, citing its importance in the region as well as its geographic location. The nation was the birthplace of the Arab League’s 1967 policy refusing negotiations or normalization with Israel, but in recent years it has seemingly softened its stance, moving out of Iran’s sphere of influence as it has desperately sought the removal of US sanctions as a supporter of Hamas, Hezbollah and other terror groups.

However, removal from the terrorism list is also dependent on completion of a compensation agreement for victims of the 1998 bombings of the US embassies in Kenya and Tanzania. A tentative deal struck several months ago still awaits finalization.

by Times of Israel time to read: 1 min 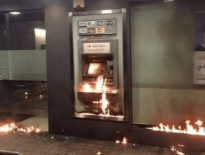 Headlines For many Arabs, Iranian regime is the enemy, not I… 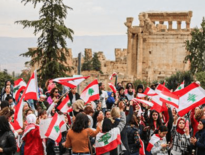 Headlines The Advantages of Intimidation
0
wpDiscuz
0
0
Would love your thoughts, please comment.x
()
x
| Reply
We use cookies to ensure that we give you the best experience on our website. If you continue to use this site we will assume that you are happy with it.Ok