Trending
You are at:Home»Categories»Headlines»Unseen since the Beirut Port explosion: Where is Wafic Safa?
By Pierre Akel on 16 October 2020 Headlines

A Beirut source revealed to METransparent that an « official convoy » seen at Beirut’s Port immediately after the terrible August 4 explosion had, in fact, carried, not Hezbollah leaders, but officials from Iran’s Beirut embassy including six mullahs, probably affiliated to the IRGC.

At the time, officers from the pro-Aoun State Security agency had harassed photographs who attempted to take photos of the Iranian officials and made sure no photos were published.

The direct intervention of Iranian officials (instead of the usual Hezbollah « thugs ») could only signal the presence of precious Iranian « assets » at the Port of Beirut, « assets » which were kept in Iranian hands and not delivered to Hezbollah.

In other words, did Iran’s IRGC (and army) use the Port of Beirut as a transit point for the Air Defense systems, such as Bavar-373, which Iran’s Chief of General Staff, Major general Mohammad Bagheri, had (a few months earlier) promised to deploy in Syria- albeit, under direct Iranian operational control? Or, the Solid Fuel used by the Bavar-373 system? or Some other sensitive military systems?

With U.S. and Israeli permanent surveillance of Syria’s airspace (on July 24, Iran claimed that U.S. fighters jets challenged an Iranian Mahanpassenger plane headed to Syria or Lebanon), it would be reasonable for Iran to use Beirut’s Civilian Port as a transit point for military equipment to be, later, transported by land to Syria. Other possibilities might, also, explain the unusual direct Iranian intervention at the scene of the August 4 explosion.

Such a scenario would certainly explain Hezbollah unvowable firm belief that the Beirut Port explosion was due to an « attack » by either the Israelis or the U.S. Unavowable, since Hezbollah had claimed that it had never had any assets at the Beirut Port. And because, even if the « attack theory » was true, it would not exonerate Hezbollah from the blame for having « provoked » such an « attack » which (probably, inadvertently) wiped out parts of the city.

In all cases, it is certain that Hezbollah, which is feeling pressure from Israeli revelations of its arms depots, has concluded that the Beirut explosion and the Ain Qana explosion, a few weeks later, were « enemy attacks »!

It is still looking for the « culprits »!

Where is Hezbollah’s Internal Security Chief?

Another unsolved, but related, « enigma » is the fate of Mr. Wafic Safa.

Wafic Safa, the head of one of Hezbollah’s Internal Security agency- who was probably in charge of the Beirut Port, has not been seen in Lebanon since Beirut’s quasi-nuclear explosion. Nor, Jawad Nasrallah, the « twitter activist » son of Hassan Nasrallah.

Beirut rumours pretend that both were killed in the explosion.

Another possible explanation is that Mr. Safa has been demoted from his job (and sent to Teheran?) for negligence or for      « errors » which revealed Hezbollah missiles (or missiles fuels) stored in the Port and, thus, induced the Israelis to attack (the Washington correspondent of the Kuwait daily al-Rai proposed, this week, the possibility that Israel provoked the first explosion at the Beirut Port, unaware of the huge quantity of nitrates stored nearby).

As no media in Beirut « dares » ask about the whereabouts of Wafic Safa, METransparent published an article on its Arabic page  entitled «Where is Wafic Safa? ». No reaction has come from Hezbollah sources yet.

It should be remembered that Wafic Safa had been demoted from his job about 8 years ago (METransparent was the only media to publish the news at the time) for « corruption » (money laundering in Bahrein for his personal benefit) but then reinstated in his job for obscure reasons!

So, where is Mr. Wafic Safa? And, where is Jawad Nasrallah?

Unseen since the Beirut Port explosion: Where is Wafic Safa? 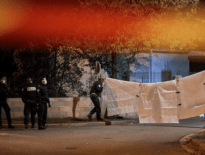 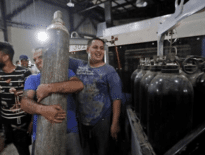 Headlines Janah Arms depot:  Hezbollah’s financers Live T…
0
wpDiscuz
0
0
Would love your thoughts, please comment.x
()
x
| Reply
We use cookies to ensure that we give you the best experience on our website. If you continue to use this site we will assume that you are happy with it.Ok