An independent Ukrainian Orthodox church was created at a signing ceremony in Turkey on Jan. 5, formalizing a split with the Russian church it had been tied to since 1686.

Ukraine’s Petro Poroshenko received the Tomos of Autocephaly (autonomy) of Ukraine’s church from the hands of Fener Greek Orthodox Patriarch Bartholomew at the Greek Orthodox Church in Istanbul.

Bartholomew I, signed the “Tomos” in Istanbul in front of clerics including the leader of Orthodox Church of Ukraine, Metropolitan Epiphany.

“The pious Ukrainian people have awaited this blessed day for seven entire centuries,” Bartholomew said in his address.

The patriarch, considered “first among equals” in Orthodox Christianity, said Ukrainians could now enjoy “the sacred gift of emancipation, independence and self-governance, becoming free from every external reliance and intervention.”

Poroshenko thanked Bartholomew “for the courage to make this historic decision” and said that “among the 15 stars of the Orthodox churches of the world a Ukrainian star has appeared,” referring to the updated number of churches that don’t answer to an external authority.

Bartholomew’s decision in October to grant the Ukrainian church autocephaly, or independence, infuriated Moscow and the Russian church severed ties with Istanbul, the center of the Orthodox world.

Kiev has been pushing for a church free from Moscow’s influence, which intensified after Russia’s 2014 annexation of Crimea and amid the ongoing conflict in eastern Ukraine.

Poroshenko, president since 2014, has pushed for the creation of the church as he campaigns for the March 31 elections. Though the church is not formally part of the state, it is closely tied. Recent opinion polls suggest he is in second or third place in the race.

The closed-door meeting at the Vahdettin Pavilion in the Üskudar district lasted for one hour and fifteen minutes, according to a statement issued by Turkish presidency.

by Hurriyet time to read: 1 min

Headlines F.B.I. Opened Inquiry Into Whether Trump Was Secre… 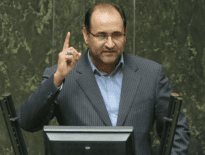 Headlines Iran MP In Unprecedented Speech Calls For Major Ch…
0
wpDiscuz
0
0
Would love your thoughts, please comment.x
()
x
| Reply
We use cookies to ensure that we give you the best experience on our website. If you continue to use this site we will assume that you are happy with it.Ok