Trending
You are at:Home»Categories»Headlines»Turning pebbles into pictures of the war in Syria
By BBC on 26 February 2017 Headlines

The imagery is all too familiar. A family on the move, their meagre belongings carried on their heads; a cluster of frightened children gripping a mother figure; the body of a victim cradled on the ground by a woman.

These are depictions of the war in Syria – but they have been delicately composed with stones. They are the work of 52-year-old Syria-based artist and sculptor Nizar Ali Badr, who publishes pictures of his creations on Facebook.

Each piece tells a story, and the stone scenes seem to come alive.

Nizar has been passionate about stone art for a long time. Every day for the past 35 years, he has been going to the beach in Latakia to collect beautiful stones and pebbles of all shapes and sizes.

When the Syrian conflict erupted in 2011, Nizar saw tragedies unfolding – homes destroyed, families displaced, children killed. He began to re-create the things he saw in stone.

“I didn’t have a camera to record any of my work,” he said, in a phone interview from Latakia, Syria. “As soon as I finished, I looked at it for some time and then destroyed it to make a new one.”

His stone art became a way to express his emotions and the worries that kept him awake at night, and to share those feelings with the world.

Nizar gathers his materials by scouring the seashore for small stones and pebbles, in different colours, shapes and sizes.

The shoreline is part of Jebel Aqra, also known as Mount Zaphon, a limestone mountain on the Syrian-Turkish border.

When he has collected enough, Nizar takes his haul back to his studio in the city to start work. He sees the mountain as a source of inspiration, he said.

In the past, Nizar glued the stones on to cards, but now glue is too expensive. Nearly as soon as he has created a piece of art he dismantles it and begins piecing together a new image.

“I take photos of the artwork. This is the only way to preserve them and make sure people will see them,” he said.

Nizar has created more than 25,000 scenes from daily life in Syria since 2011, he said. He doesn’t sell any of his pieces; he never intended to make a living out of it.

“I am a human before anything else. The conflict has caused me a lot of pain and I sometimes can’t sleep at night,” he said.

“My only consolation is the work I do and therefore I don’t see it as a source of revenue. It is pure passion for stone art. I want to communicate human emotions that people everywhere in the world share, such as love, hope, and sadness.”

Nizar explores different themes through his work. One in particular has attracted his attention: the displacement of Syrians.

Through his art, he tries to showcase the sacrifices people make and the risks they take to escape war and persecution, he said.

Many of his images depict families and children. He attempts to convey the suffering of the most vulnerable and the burden of being on the move.

Canadian writer Margriet Ruurs was inspired by Nizar’s work and included some of his images in her best-selling children’s book, Stepping Stones: A Refugee Family’s Journey.

The book tells the story of Rama and her family, who are forced to flee their once-peaceful village to escape the ravages of the war raging ever closer to their home.

Rama and her mother, father, grandfather and brother, Sami, set out to escape the horrors of Syria and seek freedom in Europe, and their tale is told through Nizar’s stone arrangements.

Nizar’s dream is to open an exhibition to be able to showcase his work to the world. He would donate any revenues to people affected by the war, he said.

In the meantime, he will carry on with his stone art for as long as it draws people’s attention to Syria.

Turning pebbles into pictures of the war in Syria 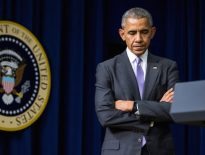 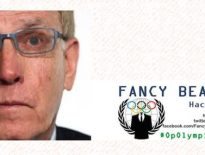 Headlines The Cold War Spy Games Inside Sports
0
wpDiscuz
We use cookies to ensure that we give you the best experience on our website. If you continue to use this site we will assume that you are happy with it.Ok