Trending
You are at:Home»Categories»Features»Trump’s ‘Deal of the Century’ Is Another Tragic Farce in the Making
By Salman Masalha on 4 May 2019 Features

All eyes will be on the best show in the Middle East in the coming days. No, not the presentation of Israel’s new government, but the peace plan concocted by Abu Ivanka, the real estate agent heading the world’s greatest superpower, the self-proclaimed honest broker who will unveil the ultimate deal to solve the Israeli-Palestinian conflict.

A short visit to Washington reveals a gloomy picture for the Palestinians. Someone forgot to remove the flags from the building that housed the Palestinian embassy. A copper plate was torn out of the building’s wall. The gate is rundown and dirty and only the two faded flags still fly on top of the building in the Georgetown neighborhood. The site’s neglect symbolizes more than anything the Trump administration’s treatment of the Palestinians and what is about to take place.

Who are the people Trump tasked with formulating the peace plan and who have been working on it for many months? His son in law Jared Kushner, Jason Greenblatt and David Friedman, the settlers’ devotee who lives in Israel in his capacity as ambassador for the United States. And with such friends for the deal of the century, the Palestinians don’t need enemies.

Keep an “open mind,” Kushner urged a group of ambassadors recently about Donald Trump’s upcoming proposal, which is due to go public after the Israeli government is set up and the Ramadan fast is over.

“We will all have to look for reasonable compromises that will make peace achievable,” he added.

It’s nice that the American administration is waiting sensitively for the end of the month of Ramadan. Since sources familiar with its proposal told the Washington Post that it outlines practical ways to improve the Palestinians’ lives, but does not call for establishing a Palestinian state, there’s a high likelihood that at the end of Ramadan the Palestinians will break their fast not with a gourmet meal but with onion, as the saying goes.

As far as Netanyahu and his Middle East vision are concerned, there’s nothing new. In interviews before the election he repeatedly declared that under no circumstances would he agree to evacuate settlements and uproot settlers, Israel would continue to rule the whole expanse west of the Jordan River and Jerusalem will remain undivided and under Israeli sovereignty. He also made these issues clear to the American delegates working on the plan. If these are the parameters Netanyahu set for the American proposal, then this “deal-of-the-century” act will emerge as another tragic farce in a series of attempts to solve the Israeli-Palestinian conflict.

The Palestinians keep declaring they won’t accept any plan that doesn’t delineate a Palestinian state on the basis of the ‘67 borders, whose capital is in East Jerusalem. This declaration is the default position, it’s nothing new. Had the Palestinians been blessed with a visionary leadership, they could have turned the tables by taking practical steps. If the plan failed to live up to their expectations, such a leadership would announce the dismantling of the Palestinian Authority and the “returning of the keys” to Israel.

Mahmoud Abbas has threatened in the past to do just that. Now he has the opportunity to make a dramatic move that would fundamentally alter the picture. In its wake, Hamas’ leadership in Gaza will also push Israel into occupying the Strip again. Thus, Greater Israel-Palestine will be established and the whole Palestinian-Israeli conflict will return to the starting point. 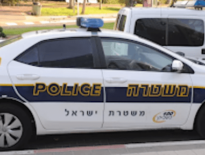 Features A police force of and for all citizens 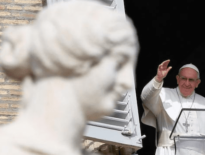 Headlines Conservatives want Catholic bishops to denounce po…
0
wpDiscuz
We use cookies to ensure that we give you the best experience on our website. If you continue to use this site we will assume that you are happy with it.Ok