As with comedy, timing is everything for the politics of being a state sponsor of terrorism. Political considerations, as much as supposed improvements in counterterrorism efforts, saw Cuba, North Korea, and Libya removed in recent years from the U.S. State Department list of state sponsors, while Sudan has remained.

Sudan was placed on the list in 1993 for very good reasons.  Not only was it hosting Osama bin Laden and a range of Islamists and jihadists, but the Sudanese government was actually involved in facilitating ambitious terrorist attacks outside its borders, such as the failed attempt to assassinate Egyptian President Hosni Mubarak in Addis Ababa in 1995.  The plot by Egyptian Islamic Jihad, led by Ayman al-Zawahiri, was abetted at a very high level by Sudanese authorities.

The 1989 coup that brought General Omar al-Bashir to power in Sudan had also empowered the ideologues and regional vision of the National Islamic Front (NIF) for the first decade of al-Bashir’s rule. The NIF was Sudan’s indigenous Islamist activist group, influenced by Saudis and by the Muslim Brotherhood. In power, it sought to promote Islamism and revolution throughout Africa and beyond. However, Sudan’s isolation and international sanctions, the very real threat of proxy wars, the 1998 U.S. cruise missile attack on Khartoum after the East Africa embassy bombings, and internal struggles for power eventually led the regime to scale back its international jihadist ambitions by the late 1990s

When al-Bashir purged Hassan al-Turabi, his eminence grise, in 1999, many of his closest followers remained in government.  The now-rebranded National Congress Party regime then concentrated on maintaining power and securing peace with Sudanese rebels, particularly the Sudan People’s Liberation Movement/Army, to end Africa’s longest-running civil war.

Vice President Ali Osman Taha was promised verbally by the U.S. government that Sudan would be removed from the state sponsor of terrorism list if it signed the Comprehensive Peace Agreement (CPA) in 2005.  Counterterrorism cooperation between the CIA and Sudan’s intelligence agency, the National Intelligence and Security Services, began late in the Clinton Administration and intensified after the Sept. 11, 2001, al Qaeda attacks on the United States.

Sudan signed the CPA in January 2005 but remained an officially designated state sponsor of terrorism. The notoriety rising from the bloody crisis in Darfur seemingly canceled out what should have been a “peace dividend” from signing the CPA in bilateral relations.  While counterterrorism cooperation with the U.S. remained strong, it was, and remained overwhelmingly, focused on al Qaeda-related threats.

The fact that the U.S. reneged on its promises in the shadow of Darfur allowed hardliners within the regime to hedge their bets.  Regime officials, often quite well-educated and honed by years of conspiracy and duplicity, attempted to prepare for all eventualities: keep the channels open with the Americans, forge ties with American adversaries such as China and Iran, and fulfill the CPA more or less – while seeking to subvert and weaken domestic adversaries and preventing them from becoming powerful enough to sweep the National Congress Party from power.

Sudan saw a security relationship with Iran as a useful counterweight to the U.S. and the West.  This involved not only cooperation in a national arms industry, but working with Iran to help Hamas or Palestinian Islamic Jihad by smuggling weapons to Gaza. Once again, though, Sudanese adventurism would pay a palpable price as presumably Israeli aircraft launched airstrikes on Sudanese soil against Iranian smuggling operations in 2009, though Israel has never confirmed responsibility. Sudan was further exposed in March 2014 when an Iranian ship loaded with weapons for Gaza was captured by Israel as it headed for Port Sudan.

Ironically, it was not Israel’s actions or American sanctions that broke – for now – the Iran link but rather the deepening political and sectarian struggle played out between Iran and Sunni Arab states, led by Saudi Arabia.  Sudan was forced to choose sides, and Iran could neither reward nor punish Sudan as much as Iran’s Arab rivals could.  For now, pragmatism seemed more attractive than extremism for Khartoum’s ruling elite.

Today there is no good reason why Sudan should not be removed from the U.S. state sponsor of terrorism list with some very clear political caveats.  The Khartoum regime continues to be a chronic human rights abuser, deeply corrupt, and congenitally intolerant if given the opportunity.  It has stopped support for terrorism in the past not so much because of a change of heart, but because it has been repeatedly caught or because the price for continuing to support terrorism has become too high.

In terms of sheer survivability, the al-Bashir regime is the most successful in Sudanese history but there is a reason why Alex de Waal, a leading expert on Sudan. has dubbed it “the turbulent state,” where war and destabilization are constant tools of statecraft. Despite South Sudan’s independence in 2011, Sudan is still huge. Bordering seven countries, it stretches across 1.8 million square kilometers of loosely governed and, with 41 million people, lightly populated territory. The biggest terrorist threat coming from the country today is its chaotic implosion or descent into past patterns of elites using violence, including terrorism, as coping mechanisms.  Sudan’s open commitment to an intolerant and violent ideology should not be ignored either.

There are solid human rights reasons to keep a distance from Khartoum, but if counterterrorism is a priority, then the U.S. should emphasize engagement with the regime, but also deepen engagement with its rivals and adversaries, especially those in the country’s heartland from which political power flows.  It should not ignore the crises of the peripheries –   don’t ignore Darfur, South Kordofan, Blue Nile, Abyei, the East – but don’t fetishize these conflicts either at the expense of our core security interests.

Al-Bashir recalled his participation in Operation Bright Star military exercises targeted against Libya in my presence almost a decade ago. He said, “I never thought the U.S. would normalize with [former Libyan leader Moammar]Qaddafi before it did with us.”  The new American Administration seems to be seizing an early opportunity for improvement of relations with an Islamic regime that is eager to cooperate but that also merits careful monitoring given its track record.  The time is right for such a move. 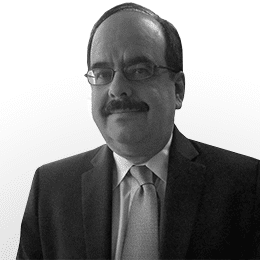