Trending
You are at:Home»Categories»Headlines»The Perilous Future of Post-Saleh Yemen
By Simon Henderson on 8 December 2017 Headlines

The former leader’s bloody demise will likely accelerate the country’s downward spiral toward anarchy and famine unless decisive diplomatic or military action is taken.

Yemen’s capital is reportedly quieting down after several days of fierce fighting between pro-Iranian Houthi rebels and forces that had supported Ali Abdullah Saleh, the one-time president turned rebel ally who was apparently trying to reach safe territory when his convoy was ambushed on December 4. In the short term, his death strengthens the position of the Houthis, whose control extends over the mountainous northwestern part of the country where the bulk of Yemenis live. But it could also serve as an opportunity for international action to save Yemen from becoming a failed state and a worsening sore in the Saudi-Iranian rivalry.

It is now nearly three years since a coalition led by Saudi Arabia and the United Arab Emirates launched a military assault against the Houthi tribesmen who had advanced from their northern strongholds toward Sana and compelled President Abdu Rabu Mansour Hadi to flee, first to the southern port of city of Aden and later to Riyadh. Emirati forces eventually forced the Houthis to retreat in the south, albeit at the collateral cost of allowing al-Qaeda sanctuaries to remain. Less praiseworthy is the performance of Saudi forces, who have been unable to advance far past Yemen’s northern border and have instead allowed Houthi forces to make a swath of Saudi territory largely uninhabitable. The Saudi air force has been very active with some logistical support from the United States, but its targeting in urban areas has been widely criticized for causing numerous civilian casualties.

The challenge for U.S. policy is that its methods and desired outcome do not overlap entirely with Saudi and Emirati goals, which themselves are not in lockstep. Washington is worried about the growing famine, cholera epidemic, and related problems affecting the Houthi-controlled zone, which has been blockaded by Saudi and UAE forces. On December 6, President Trump called on Riyadh to “completely allow food, fuel, water, and medicine to reach the Yemeni people who desperately need it. This must be done for humanitarian reasons immediately.” The statement came a day after a senior U.S. Agency for International Development official met with his Saudi counterpart for discussions on enhancing relief to Yemen. Riyadh blames the humanitarian situation on the Houthis, but this judgement is not shared by international public opinion or, apparently, the White House, in part because the blockade continues to bar commercial food deliveries to a country that depends on imports to feed the vast majority of its 28 million citizens.

In terms of end game, Riyadh likely hopes that the war will produce a non-troublesome, pro-Saudi Yemeni state, while the Emiratis apparently favor a return to the North Yemen/South Yemen split that existed before the country’s unification in 1990. Riyadh and Abu Dhabi do seem to agree on one thing: a lack of faith in the long-term political future of President Hadi, despite their public support for him.

Uncertainty also persists regarding the extent to which Iran is backing the Houthis. So far Tehran has publicly limited itself to statements of support for the rebels, but many observers are concerned that the small number of intercepted Iranian arms shipments is only the tip of the iceberg, and that much more equipment is getting through. Particularly worrisome is Iran’s suspected deployment of small specialist advisory teams that may have helped the Houthis with high-profile attacks such as the coastal missile strikes on U.S. warships last year, the drone speedboat operation that damaged a Saudi frigate earlier this year, and the long-range missile strike on Riyadh’s international airport last month. The latter incident caused great apprehension in Saudi Arabia (and, most likely, Washington) due to the reported inadequacy of U.S.-supplied Patriot missile-defense batteries. The Houthis also claim to have fired a cruise missile at the construction site for a UAE nuclear power station, though the circumstances of that incident remain unclear.

Splitting the Houthis from Saleh was long seen as a way of curbing such escalation and advancing a political solution. Indeed, Saleh finally reached out to Riyadh last week, prompting the latest round of fighting. Yet his poorly planned defection and death leave the Houthi/Iran camp as the obvious short-term winner. Even an alliance with the scheming and mercurial Saleh would have been preferable to that. This week’s summit of the divided Gulf Cooperation Council might have served as a forum to reach regional consensus on next steps in Yemen, but apart from host Kuwait, the only country represented by its head of state was Qatar, which Saudi Arabia and the UAE regard as a renegade country.

Whichever path the coalition chooses, more bloodshed seems inevitable, perhaps much more. Yemen has a vicious political history. In the 1960s, Britain in the south and Egypt in the north tried and failed to maintain control. Saleh’s own three-decade rule came about after his predecessor — whom he had helped to power by machine-gunning rivals at a meeting — was himself assassinated by a briefcase bomb. This background and the current chaos mean that further intervention is highly risky. Washington should therefore emphasize a humanitarian focus while also stepping up efforts to interdict Iranian weapons and undermine the Houthi rule of the gun. The majority of residents in rebel-controlled areas do not support the Houthis, and a new political leadership must eventually be allowed to emerge from this disaffected camp.

The Perilous Future of Post-Saleh Yemen 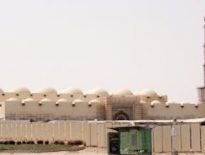 Features Qatari vs. Saudi Wahhabism and the Perils of Top-D… 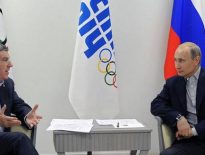 International Sports Suspicious Games in the Champions League & th…
0
wpDiscuz
0
0
Would love your thoughts, please comment.x
()
x
| Reply
We use cookies to ensure that we give you the best experience on our website. If you continue to use this site we will assume that you are happy with it.Ok