Trending
You are at:Home»Categories»International Sports»The Olympic contempt for clean athletes
By Jens Sejer Andersen on 6 August 2016 International Sports
When the IOC abstained from issuing a general ban on Russian athletes after the McLaren report revealing a state supported doping system, the committee failed on its self-proclaimed mission “to protect clean athletes”. Thousands of clean athletes in sport’s global elite and sub-elite are even less protected than before.

One of the recurrent slogans of the International Olympic Committee since Thomas Bach took charge in September 2013 has been the determination to “protect clean athletes”. Although such a desire may seem self-evident for an organisation fighting for human dignity – would anybody argue it was better to protect the filthy ones? – the slogan has been used repeatedly to brand IOC programmes and investments against match-fixing, doping and other abuses in recent years.

What has so far been a relatively harmless slogan got increasing relevance this Sunday the 24 July, as the IOC after days of hesitation finally decided that it would not ban the Russian Olympic Committee and thereby all Russian athletes from the Rio Olympics.

The Executive Committee refused to follow the rules that are clearly defined in its own foundation, the Olympic Charter as well as in the World Anti-Doping Code and the UNESCO Anti-Doping Convention which they have adhered to.

Instead of a collective ban, the IOC leaves to the international federations to decide which Russian athletes that can take part in Rio and which not – listing a number of criteria to be followed.

Some predict that the IOC decision will prevent most Russian athletes from going to the Rio Olympics. Others believe that the doors are now wide open – like the Russian sports minister, Vitaly Mutko, who warmly welcomed the decision saying that “most of our athletes will meet the criteria”.

Inventing new rules
But numbers are not the point. The fact is that the IOC has for the occasion invented a whole new set of anti-doping rules and procedures in order to escape from following those who are already in place and globally adopted – also by the IOC itself.

This decision has various dramatic consequences which will mark the sports political landscape for years ahead. One consequence is a weakening of the already poorly protected clean athletes.

Although the IOC loyally quotes the excellent WADA report delivered by the Canadian sports law expert Richard H. McLaren less than one week earlier, saying that “all Russian athletes seeking entry to the Olympic Games Rio 2016 are considered to be affected by a system subverting and manipulating the anti-doping system”, the guardians of the Olympic Movement lacked the courage to take a logical step: To use its space for collective, systemic sanction against a systemic, collective case of doping fraud.

If running away from responsibility was an Olympic discipline, the IOC would be on top on the world ranking, and even get a high score for the artistic level:

“Under these exceptional circumstances, Russian athletes in any of the 28 Olympic summer sports have to assume the consequences of what amounts to a collective responsibility in order to protect the credibility of the Olympic competitions, and the “presumption of innocence” cannot be applied to them. On the other hand, according to the rules of natural justice, individual justice, to which every human being is entitled, has to be applied. This means that each affected athlete must be given the opportunity to rebut the applicability of collective responsibility in his or her individual case.”

Out of this apparent concern for the individual athlete the IOC now pushes all other members of the sporting family to take the decision that the IOC does not have the courage to take.

The IOC does not explain why the federations are better qualified than the IOC itself to make decisions based on criteria improvised for the occasion by the IOC. From a Russian athlete’s viewpoint, these criteria are:

From the perspective of the 27 international summer sports federations (not 28 as athletics, already decided to suspend all Russians but two[HB1]  including Stepanova), they have now received a legal and political responsibility that they did not ask for. Those with strong ties to Russia may welcome this opportunity to show friendly gestures, those who have not such ties, may feel the IOC’s decision as a poisoned gift.

With less than two weeks to go before the opening of the Rio Games, it remains unclear how scattering the responsibilities and making hasty decisions in 27 different ways provides for more legal safety for the individual Russian athlete.

The only individuals that are in reality protected by this improvised procedure, are the Russian President Vladimir Putin, his sports minister Vitaly Mutko and those other high ranking officials whose prestige would suffer if Russian athletes were banned as a group.

1) All those Russian athletes who over the years refused to submit themselves to the doping regime of their coaches, managers, sports leaders and top politicians. As the reports from German broadcaster ARD and WADA has convincingly demonstrated, the use of doping was not a free choice for elite athletes who wanted to have the best working conditions in Russia. Doping was, by and large, a precondition for being an Olympian in Russia, and this is most likely true in a number of other countries.

Bearing in mind that the Russian state-controlled doping system is a continuation of the system applied in the Soviet era where hundreds of athletes had their lives destroyed thanks to enforced, experimental medication – some of which is still in use – the IOC should have done its utmost to support the athletes that had the courage to say no. Thanks to their braveness, these athletes never got into the Olympic spotlight, so in a way they do not exist and cannot enjoy protection from the IOC.

2) All those athletes in other countries that are working under the same conditions as in Russia, and who are coerced into doping in the same manner. Countries in which there are no clear limits between the power holders in sport, government and anti-doping institutions. Authoritarian countries, typically, where political leaders will go far to get Olympic medals that can bring them people’s love and turn the attention away from their oppression.

How come the IOC does not run to protect these athletes? Is it because the IOC has a longstanding love affair with dictatorships of various kinds?

3) All athletes are subject to the power of international federations that are already troubled by poor governance standards. How can any athlete, Russian or not, feel comfortable that their rights are respected in organisations with low standards of democracy and transparency, as shown in for instance the Sports Governance Observer report? Under an extreme pressure in terms of politics and deadlines, will these organizations suddenly become objective, focused on the individual rights, and truly democratic?

4) All athletes who try to make a career in sport while at the same time doing their best to follow the international anti-doping rules. They accept an anti-doping regime that implies close monitoring of their daily lives, the receive intimidating visits round-the-clock by anti-doping controllers, they scrutinise whatever substance they swallow – and they accept these inconveniences trusting that the highest authorities in sport will ensure that their daily efforts contribute to a better and cleaner sport. They trust that they are protected, but today the IOC showed they are not.

5) Last, but not least, one individual athlete who was not always clean. She was caught for doping abuse, sentenced – and then she started producing all the evidence that led international sport into the quagmire it is in today. Her name is Yuliya Stepanova and she is an 800-meter world class runner. Together with her husband, Vitaly, she collected all kinds of documentation that allowed first the investigative journalist Hajo Seppelt from the German broadcaster ARD and then WADA’s and IAAF’s independent investigators to draw the picture of systematic, state-controlled doping in Russia that we know too well today.

She had applied to the IOC’s ethics committee to allow her to take part in the Rio Olympics. The IOC turned her down referring to some blurry principles – including a principle of excluding all former dopers from Russia, even if such a principle has already been overturned by CAS.

For telling the truth, Yulia and Vitaly Stepanov are shamed as national traitors in their home country and now have to live in exile in the USA. Yuliya, more than any other athlete, needs protection from the IOC. Her federation, the International Association of Athletics Federation, offered her to compete at the Olympics as part of the protection she needs. The IOC declined to protect her.

Perhaps she had come a bit too clean?

WADA’s response to the IOC’s decision not to exclude Russia from the Rio 2016.

Read the WADA press release on the Independent McLaren Investigations Report and the recommendations made by the WADA Executive Committee.

Read the statement from 14 National Anti-Doping Organisations calling for the suspension of the Russian Olympic Committee and exclusion from the Rio Olympics.

The Olympic contempt for clean athletes 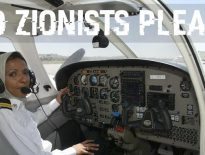 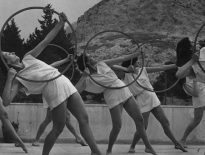 Features Everything Bad About the Rio Olympics Was Much Wor…
0
wpDiscuz
0
0
Would love your thoughts, please comment.x
()
x
| Reply
We use cookies to ensure that we give you the best experience on our website. If you continue to use this site we will assume that you are happy with it.Ok