Trending
You are at:Home»Categories»Features»The Nuclear Deal May Weaken Rouhani
By Mehdi Khalaji on 15 July 2015 Features

The agreement is a significant achievement for Rouhani, but the hardliners are already moving to ensure that it does not empower him during his remaining time in office, in line with their previous efforts to downplay the negotiations and separate them from nonnuclear issues.

Now that a nuclear deal has been signed with the P5+1, the majority of Iranians are getting ready to celebrate what they call “the nuclear feast,” expecting the agreement to rapidly improve their living conditions, ease trade with the outside world, and end years of economic suffering, political humiliation, and isolation. Yet many questions persist regarding how their leaders will respond to the deal and its aftermath, both domestically and in terms of Tehran’s interventionist policies in the region. President Hassan Rouhani has already praised the agreement in a nationally televised address, claiming that Iran achieved all of its goals in the negotiations. And he will no doubt enjoy the public celebrations that are expected to draw hundreds of thousands of people into the streets of Tehran and other large cities, taking them as a sign of appreciation for what he has done in past two years.

Yet Supreme Leader Ali Khamenei’s reaction to these developments will no doubt be quite different — he will likely watch the euphoric celebrations with deep concern and delay any direct public comments on the deal. And even when he does comment, he is unlikely to portray the agreement as a grand victory for either side. For Rouhani and those who voted for him in 2013, the nuclear agreement is a win-win result in what could otherwise be a dangerous confrontation with the West, but for Khamenei it is more like a “ceasefire” that suspends the conflict to test whether the “enemy” has really changed its attitude toward the Islamic Republic.

In this sense, Iran’s reaction will probably mirror its response to the interim Lausanne parameters announced on April 2. At the time, the streets filled up with euphoric citizens, and Rouhani swiftly appeared on television and triumphantly declared, “We have taken the second step: our nuclear rights will be protected and sanctions will be lifted.” Yet Khamenei withheld comment for a week, then downplayed the tentative agreement in an April 9 speech, calling it “nonbinding,” claiming that Europe did not agree with the U.S. provisions, and accusing Washington of lying about Tehran’s willingness to allow inspections at military facilities. Media reaction was similarly mixed. While reformist newspapers praised the negotiating team, state-controlled media outlets such as Kayhan focused on the differing U.S. and Iranian interpretations of the American “fact sheet” and cast suspicion on the P5+1’s intentions.

Today, the initial state media reactions to the agreement appear to be heading in a similar direction. These and other internal signs indicate that Rouhani will face a tough challenge in the coming weeks and months, since he will be caught between hardliner suspicions and inflated public expectations.

NUCLEAR DEAL IS TRANSACTIONAL FOR KHAMENEI

Throughout the P5+1 negotiations, Khamenei has sought to have his cake and eat it too: he views the talks as being strictly limited to nuclear issues, excluding other matters of dispute with the West, yet at the same time he expects Washington and its partners to end all economic pressure on Iran, even for nonnuclear reasons such as terrorism sponsorship. His rationale for allowing the talks to proceed is that compromising on the nuclear program would force the West to stop using that issue as an “excuse” to continue pressuring Iran. But nuclear compromise does not mean Tehran will change its regional policies.

For example, in a July 12 meeting with a group of university students, Khamenei was asked how a nuclear deal would affect the Islamic Republic’s struggle against “arrogance” — a term coined by Islamists to refer to Western power and influence, usually equivalent to leftists’ use of “capitalism.” The Supreme Leader responded, “Is the fight against arrogance suspendable? Fighting against arrogance, fighting against the dominant order, cannot be suspended…This is one of the principles of the revolution. Without fighting against arrogance, we would not be followers of the Quran…America is the embodiment of this arrogance par excellence…We have told the honorable officials who negotiated on the nuclear issue…that they are authorized to negotiate only on the nuclear issue — they have no authority to negotiate on other issues, and they don’t. The other party sometimes raises the issue of Syria, Yemen, and the like, but [Iranian negotiators] say ‘We won’t talk to you about these matters.'” He concluded by telling the audience, “Make yourself ready for continuing the fight against arrogance.”

Although Rouhani and his cabinet have little role in decisionmaking on Iran’s regional policy, he has sought to portray the nuclear talks as having just the opposite effect. On April 3, he described the Lausanne framework as “the first step toward building a new relationship with the world.” And in his speech earlier today, he stated, “The implementation of the deal is a test. If this deal is meticulously implemented, step by step it can remove the bricks in the wall of mistrust.” Although his mention of “implementation” was likely aimed at tempering expectations, he continued the triumphalist tone when addressing Iran’s Arab neighbors, telling them, “Don’t get fooled by Israel — we consider the security and stability of the region to be our security and stability…Today our relations with you have a new beginning.”

Yet Rouhani would likely be better off focusing on the deal’s potential long-term economic effects, because the fact remains that he has little leverage over the Islamic Revolutionary Guard Corps and other organizations under the Supreme Leader that are involved in determining Tehran’s activities abroad. If he focuses on regional policy yet fails to prove that the deal is really transformational when it comes to Iranian adventurism, Western powers may prove unwilling to lift their many nonnuclear sanctions on Tehran. In this regard, Khamenei likely believes he can pressure Rouhani without hurting his own standing. Since the Supreme Leader has carefully avoided taking direct responsibility for the nuclear deal, any hostile Western reaction to Iran’s policies in the Middle East would only “prove” his repeatedly expressed suspicion: that the West’s ultimate target is the Islamic Republic, not the nuclear program, and that compromising on the nuclear issue while continuing to endure pressure on other issues does not make sense. Such an outcome would certainly put Rouhani’s political future in peril.

Indeed, hardliners have already criticized Rouhani’s government for portraying the deal as a victory and inciting people to celebrate it. On July 13, the Rajan News website — affiliated with Jebheh-ye Paydari, a hardliner group close to former nuclear negotiator Saeed Jalili and leading cleric Ayatollah Muhammad Taqi Mesbah-Yazdi — argued that “based on unofficial news about the content of the negotiations, the upcoming agreement would in practice suspend the nuclear industry…converting it to a decorative industry and shutting down some of its important parts.” The article went on to claim that the phrase “nuclear feast” was originally meant to describe Iran’s hard-won progress toward completing the nuclear fuel cycle, and that the Rouhani government is now misusing those words to mean something entirely different.

Today’s edition of Kayhan newspaper was similarly skeptical about the agreement, with its top story stating that the imminent deal “would last about a decade, and given the past record of Americans and their manners in complying with agreements, it would be a serious challenge. From this perspective, it would be super-optimistic and even naive to think that the deal is the end of the nuclear challenge.” And in an editorial titled “Deja Vu Agreements for Our Nation,” the paper insisted that celebrating the deal would be as wrong as celebrating the interim Lausanne parameters. In addition to emphasizing America’s longstanding untrustworthiness, the article explained why the agreement would not drastically change Iran’s economic situation: “The deal would certainly decrease the price of oil, and unfortunately for now oil exports are the main pillar of our economy…The gradual sanctions relief over the next year would include at most 13 percent of all sanctions…[and]foreign investors might wait six months to see if the suspension of sanctions will be prolonged or not…The third dimension is the hidden U.S. pressure on some companies to prevent them from investing in Iran. The fourth dimension is the problem of banking transactions…The U.S. Congress is unlikely to approve the deal, so it would put the whole agreement in the darkness of ambiguity to the extent that it would become nonbinding for the United States, and the next president could even walk away from it.” Accordingly, the editorial asked the government to control the false “excitement” and criticized those who might change their views on the United States after the deal: “Our people are followers of Imam [Khamenei], who said ‘Be careful about the enemy even after the deal and peace, because the enemy gets close only to surprise attack.'”

As the state media under Khamenei’s control and the various other media under hardliner control seem poised to interpret the deal as a loss for Iran, Rouhani has few outlets for communicating with the people and steering the news in his favor. Even fellow reformists have seriously criticized his media team as the weakest compared to previous presidents. Since Rouhani has already raised public expectations about the deal’s immediate economic impact, the hardliners may use the actual pace of economic improvements — i.e., slow and uneven at best — to convince people outside their constituency that the agreement was not that crucial for Iran’s economy, and that what the country has gained from the talks was not worth what it gave up in the nuclear program. Perhaps sensing this potential problem, Rouhani’s team may now be trying to temper the exaggerated expectations. For example, his economic advisor Masoud Nili recently warned that “the sanctions relief would provide us with capabilities but does not make a miracle…If we do not manage the existing gap [between public expectations and reality], we may face a situation worse than when we were under sanctions.”

Hardliners are well prepared to control public opinion in the wake of the nuclear deal. They will likely refrain from congratulating Rouhani and the negotiating team for signing the agreement, instead focusing on its “irrelevance” to economic improvement — even at the risk of exacerbating public disappointment if the people do not see tangible change in their living conditions.

The deal’s domestic impact should also be viewed through the lens of Iran’s next two hardliner-controlled elections: for parliament and the Assembly of Experts, both set to be held next February. On June 24, Guardian Council secretary and prominent hardliner Ahmad Jannati was chosen to head the committee that will supervise those elections. On May 19, he warned about high-ranking officials (namely those who are close to Rouhani) who intend to run in the elections even though they do not believe in velayat-e faqih, the doctrine granting the Supreme Leader full authority over all aspects of governance. “But so far, God has blessed us and prevented them from achieving their goal,” he concluded, likely signaling that the Guardian Council will massively disqualify candidates who share political affinities with the president.

The nuclear deal is a significant achievement for Rouhani, but the country’s attention will now be diverted to various economic challenges and internal political disputes. Rather than empowering the president for his two remaining years in office, dealing with these issues might exhaust Rouhani’s team to the point of paralysis.

The Nuclear Deal May Weaken Rouhani 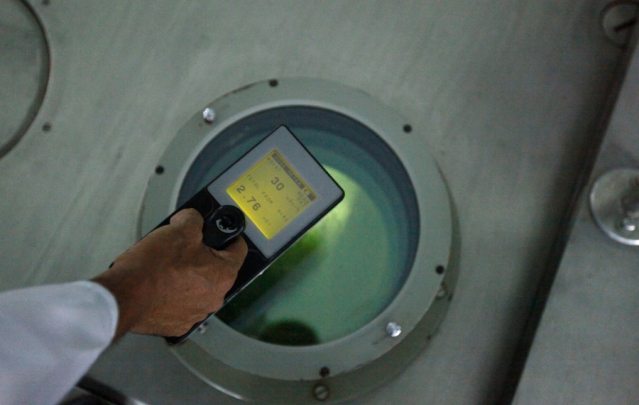 Commentary Iran Will Cheat. Then What?

Features How Technology Will Help Enforce the Iran Deal…A…
0
wpDiscuz
We use cookies to ensure that we give you the best experience on our website. If you continue to use this site we will assume that you are happy with it.Ok