Trending
You are at:Home»Categories»Commentary»The never-ending tragedy
By Salman Masalha on 1 November 2017 Commentary
The Israeli right, in all its forms, wants exclusively Jewish control over all of the Land of Israel. To the Palestinians who live in this space, it promises residency – temporary, of course, on condition that they keep their heads down, accept their designated status and behave accordingly.
The Palestinian right, in all its forms, wants exclusive Muslim-Arab control of all of Palestine. To the Jews who live in this space, it promises, in the best case, the status of a protected people, on condition that they accept their inferior standing as dhimmi and behave accordingly. In the worst case, it promises to ship them overseas, to their “countries of origin.”
There is also an “Israeli center,” denoting the jumble of movements and parties that includes Lapid’s Yesh Atid, Kahlon’s Kulanu and all those who dwell in the camp that goes by the name of the Zionist Union, so hastily created by the Labor Party, which has just brought in a new guy, Avi Gabbay, and put him in charge of this camp.
It very quickly became apparent that this camp, which aspires to form the next government, has fallen under the spell of a defense minister and general who was cast out of the rival “national” camp for deviance – his insistence on the principle of “purity of arms” – and now the bunch of them together keep declaring that no more settlements will be evacuated. The general himself, Moshe Ya’alon, even went so far as to say recently that there is room for another million or two million settlers. So now it looks like the entire Israeli “center” is chasing after Benjamin Netanyahu, who is chasing after Naftali Bennett.
And there is also a “Palestinian center.” It has held the reins of power in the Palestinian Authority ever since that entity was delivered by Caesarean section in Oslo. The Palestinian center is trailing after the Caesar-like rule of Yasser Arafat, who brought with him all the corruption of the Arab world and planted it in the fields of Palestine. This corruption caused weeds to sprout everywhere and ruin everything. The ruling Palestinian center is also chasing after the populist right of Hamas and vying for the title of who is more “nationalist.”
This is the time to admit, sadly, that both the Palestinian right and Israeli right currently have the upper hand. This right, Palestinian and Israeli, which relies on religious myths, does not have the ability to compromise. Religions in general, and monotheistic ones in particular, are uncompromising, because in this context compromise means loss of self. Therefore, whoever places religion at the forefront of the political stage is ensuring that the conflict will continue for all eternity, or until the other side somehow disappears.
One may wish to ask: And where is the left in all of this? That’s an easy one. No such creature seems to exist in the Israeli-Palestinian realm. Just take a look and you’ll see that, unfortunately, no genuine left has been able to strike deep roots in Israeli society.
In a mixed and multinational state, a real left must transcend ethnic and national borders. Such is not the case with the “left” in Israel. The two Israeli movements, Meretz and Hadash, which purport to represent a leftist outlook, have proved unable to cross ethnic boundaries. Meretz continually proclaims that it is a Zionist party, while Hadash proclaims its Palestinian nationalism. Each has its token Arab or Jew. But they serve merely for decoration.
If these two “leftist movements” cannot bridge the gaps between them and offer a sane alternative to the entire population, then the two peoples in conflict here are surely doomed to more terrible times ahead.
And so we’ve reached a situation in which a true leftist has no political home, in Israel or Palestine. 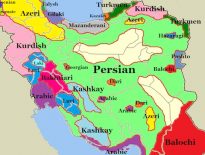 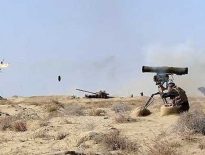 Headlines Is Israel Preparing to Strike Hezbollah?
0
wpDiscuz
We use cookies to ensure that we give you the best experience on our website. If you continue to use this site we will assume that you are happy with it.Ok