Trending
You are at:Home»Categories»Features»The modern making of Turkish Alevi Islam
By Hurriyet on 28 November 2015 Features, Politics

A protester in Istanbul holds a sign reading ‘Alevism is my right.’

Alevis make up Turkey’s biggest religious minority. Up to 15 percent of the population, they are often referred to as a branch of Shiism, but their association with distinctive local Anatolian religious traditions is more relevant. The term “Alevism” barely existed before the end of the 19th century, and this book by academic Markus Dressler describes how the idea of Alevism is an almost entirely modern, politically motivated construct. It charts the conceptual shift through which various heterogeneous Anatolian religious groups, for centuries known loosely as the “Kızılbaş,” were resignified as “Alevis” and brought into the Turkish national fold.

Elsewhere, such deconstructionism can be tedious, but “Writing Religion” is a genuinely interesting book on an underexplored subject. Dressler, an assistant professor at Bayreuth University, shows how Alevism was essentially created as a “new ethno-religious category in line with the aims of the nationalist project,” defined as a “heterodox” counterpart to an “orthodox” Sunnimainstream. Heterogeneous Kızılbaş communities had previously been considered heretics who were only superficially Muslim and in no way associated with Turkishness. But with their redefinition as Alevis, the Kızılbaş were reimagined as a homogenous unity of groups that share a Turkish cultural heritage and religious peculiarities marking them as “heterodox” Islamic. This was seen as necessary when both secular and religious nationalism equated difference from Sunnism to exclusion from the Turkish nation.At the same time, the renaming from Kızılbaş to Aleviwas also destigmatizing. In Ottoman language conventions, the Kızılbaş had been derided as people of loose morals, religiously heretical and politically untrustworthy. The new term “Alevilik” (Alevism) was intended to carry new, more positive meanings. “Their resignification as Alevis turned into them ‘heterodox’ Muslim Turks,” Dressler writes, suggesting that this brought the Alevis under the control of the aggressively centralizing republican state. In contrast with the dangerous Kızılbaş, the Alevis’ syncretism was portrayed as “harmless,” framed more in terms of folklore and culture than in terms of religion. It could therefore be tamed within the new secularist political order.Among the most important figures in this conceptual shift was the Turkish historian Mehmet Fuat Köprülü, one of the founding fathers of modern Turkish historiography. Much of “Writing Religion” examines Köprülü’s work, which Dressler says sought to academically rationalize the new knowledge of Alevism – proving the Alevis’ Turkish and Islamic orientation and integrating them into the Turkish nation. His research was not limited to the Kızılbaş or Alevis, but it helped establish the modern notion of Turkish Alevism as a generic category for groups largely identical with communities previously categorized as Kızılbaş. A major part of his aim was to embed Alevis thoroughly within a Turkish nationalist framework as carriers of Turkish culture reaching back to Central Asia and a shamanist Turkish past. Köprülü used the Alevis as “a quasi-embodiment of the thesis of Turkish continuity,” refuting theories that located them in Christian and ancient Anatolian contexts and thus countering the threat to the anxiously guarded ideal of national unity.

Dressler admits that his own research focus is elsewhere, but his book overlooks how the Alevis themselves self-identify. Since the idea of Alevism became part of the Turkish vernacular, the groups to which the label applied have slowly appropriated it as a primary identity marker. Indeed, many Alevis today are keen to prove their loyalty to Kemalism and emphasize their Turkishness. It may be difficult to conduct solid research on such a slippery subject, but the book’s general neglect of contemporary Alevi self-identity feels like a bit of an oversight.

Dressler is also not immune from using a familiar kind of academic gobbledygook. In just one painful example, he writes maddeningly: “I would suggest that it is precisely the coming together of the Islamic heresiographical discourse with the secular and universalist, modern discourse of religion rooted in Christianity that provides the concept of heterodoxy in its application to inner-Islamic difference with evidence.”

But if you can put aside such passages, there’s still much to learn from this book, which casts a fresh, critical look at an old subject. Amid rumors about a new “Alevi opening”from the new Turkish government, it may also be a germane read. 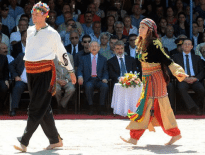 Culture & religions INTERVIEW: Markus Dressler on the formation of mod… 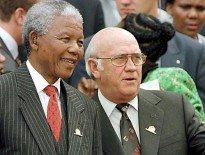 Features De Klerk: Without two-state solution, Israel could…
0
wpDiscuz
We use cookies to ensure that we give you the best experience on our website. If you continue to use this site we will assume that you are happy with it.Ok