Written more than two thousand years ago, texts by ancient Greeks still have a major impact on the modern militaries of today in numerous ways.

At the start of the Cold War, the then US secretary of state, George Marshall, read the histories of Herodotus and Thucydides, convinced that the events of the Peloponnesian War and the fall of Athens were worthy of review in those unprecedented times when the United States and Russia— the Athens and Persia on the contemporary age, faced each other in conflict.

Thucydides’s History of the Peloponnesian War is still studied at many military academies, including West Point, the Command and Staff College of the US Marine Corps, and the United States Naval Academy at Annapolis. Recruits at army and naval colleges are encouraged to study what the text has to say about strategic leadership, garnering support in a protracted war and the impact of biological warfare.

The “Melian Dialogue” is considered particularly important, containing the Athenians’ justification for conquering Melos in what was one of the bloodiest conflicts of the late 5th century BC.

Also known to have studied Greek military texts are Colin Powell and David Pet­raeus, whose fall from grace in 2012 after the revelation that he had leaked classified information to his mistress has often been noted in Sophoclean terms. It did not go unnoticed at the time that “Petraeus” was the name of a centaur, a half-man, half-horse figure of Greek myth, renowned for his sexual appetite.

But Greek text also have a therapeutic nature for the military, as well as victims on the other side of the conflict.

The Greek tragedies of Sophocles, Aeschylus and Euripides continue to provide a powerful lens through which soldiers heal after returning from conflict. In his recent book, The Theater of War: What Ancient Greek Tragedies Can Teach Us Today, Bryan Doerries describes his work with Theater of War, a traveling drama collective that performs Sophocles’s most intense explorations of the psychological impact of war for US soldiers and veterans.

In Amman in 2013, a group of female refugees from Syria performed a version of Euripides’s Trojan Women as a way of collective catharsis for the women who were impacted by the war.

The Lasting Influence of the Ancient Greeks on Modern Military 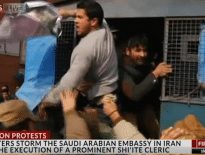 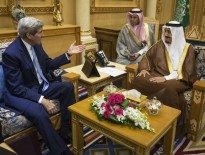 Commentary Obama’s Mideast Plan Faces a New Hurdle
0
wpDiscuz
We use cookies to ensure that we give you the best experience on our website. If you continue to use this site we will assume that you are happy with it.Ok