Trending
You are at:Home»Categories»Features»The Joint List has no right to exist
By Salman Masalha on 24 February 2019 Features

Let’s pause for a moment to recall the circumstances that led to the establishment of the Joint List. Fear of losing Knesset seats after the electoral threshold was raised pushed the leaders of the diverse Arab parties – Islamists, nationalists and communists – to run together.

Some people say the Joint List is a vehicle for forming a blocking majority that would prevent the establishment of a right-wing government after the election. There could be no greater mistake. Putting all the Arab representatives into a single basket isn’t an obstacle to a right-wing government, but it is an obstacle to the possibility of creating a civic national discourse that crosses ethnic and communal boundaries.

If all the Arabs are put into a single basket, it’s self-evident that all the Jews will be in another one. The Arab representatives will never have any influence in the Knesset and their votes will never carry any weight. They’ll give speeches (to an empty hall) and even raise an outcry, but there’s no need to sit in the Knesset for this. These actions can be done outside the legislature as well.

In its current form, the Joint List has no right to exist. It merely plays into the hands of Israel’s overseas propaganda, which boasts that it is the only democracy in the Middle East, including for its Arab citizens. Even worse, the very fact that party affiliation is based on ethnicity only perpetuates the racist separation in Israeli society (See: segregated communities) and gives a parliamentary seal of approval to this separation.

Given the current situation in Israel, the Arab community, which constitutes a fifth of the country’s population, will always be dependent on goodwill and support from forces within the Jewish majority. The Jewish majority’s support for the just demands of Israel’s Arab citizens must be an interest shared by both Jews and Arabs. But for this to happen, Jews and Arabs must build bridges that link their common interests.

To do so, Israel needs a consciousness revolution. Such a revolution can come only from the left side of the political map. For the sake of our shared lives in this country, Israeli citizens, Jews and Arabs alike, need a social and political infrastructure that creates bridges among all segments of society, regardless of religion, ethnicity or gender.

It’s not easy to foment such a consciousness revolution. And it’s doubly difficult against the background of the unending national conflict, which only strengthens the tribal grip on people’s consciousness. To loosen this grip, we must work energetically for a solution on the basis of two states for two peoples.

All those who have despaired of this solution and have started searching for magical fixes involving a single binational state should be asked how it is that in 70 years, they haven’t even succeeded in laying the infrastructure for binational parties here. As long as they haven’t even managed to form a true Jewish-Arab “Israeli” party, any talk about a single state is a pipe dream.

And as long as no such party exists in Israel, there’s nobody to vote for. 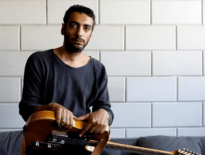 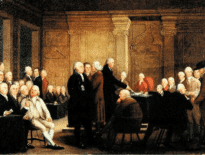 Culture & religions Why We Are a Republic, Not a Democracy
0
wpDiscuz
We use cookies to ensure that we give you the best experience on our website. If you continue to use this site we will assume that you are happy with it.Ok