Trending
You are at:Home»Categories»Headlines»The Iran Jetliner Illusion
By Aviation Week on 7 July 2016 Headlines

Why Airbus and Boeing may be chasing fool’s gold

Unless the Farnborough Airshow sees a cloudburst of unanticipated orders, the large jetliner industry will have its first year since 2009 with a book-to-bill ratio lower than 1-1. Through June, there were fewer than 450 net Airbus and Boeing orders. For an industry addicted to ever-higher record production rates and an average book-to-bill ratio of 1.8-1 in 2010-15, this is a troubling development, particularly with global political and economic uncertainty looming in the background.

In this context, two large Iranian jetliner orders would be very welcome news. In January, Airbus announced an agreement for Iran to purchase 118 jets; in June, Boeing concluded a deal to sell it about the same number. But there are strong reasons to doubt that Iran will ride to the industry’s rescue this year—or anytime soon.

Consider Iran’s aviation industry in a broader regional context. Since 1990, Middle East traffic has grown from 30.8 billion revenue passenger miles to more than 400 billion today, according to The Airline Monitor. The total Middle East commercial fleet expanded to over 1,600 today from 242 jets in 1990.

But Iran is a backwater here. Once its fleet was the most important in the region. Iran Air famously even ordered the Concorde. Despite strong population growth though, Iranian carriers transport a tiny fraction of this traffic. The country has about 150 operational transports, more than one-third of which are smaller regional types.

Iran’s international traffic is increasingly routed through the nearby Gulf state carriers.Etihad Airways, Qatar Airways and most of all Emirates have taken the bulk of the region’s fleet and traffic growth. As state-run or state-controlled businesses, Iranian airlines simply do not have the service, global reach or brands needed to compete with the Gulf carriers. Iran’s civil aviation industry also has an appalling safety record.

Financing the new Iranian jets is a major problem as well. While the post-sanctions windfall of released assets will help, there are many competing priorities. Low oil prices mean the government is running a serious deficit. And third-party financiers—essential to the jetliner business everywhere else—may decide that funding jets for Iran means unacceptable risks. Imagine trying to repossess a jet in Iran, which is not a Capetown Convention signatory.

Iran’s jetliner requirements could be real, but only if Tehran also agreed to reform its miserable state-owned economy, create private-sector airlines and adhere to international finance norms. There are no plans to do anything like this. So it is likely most Iranian international traffic will continue to fly on other countries’ airlines.

Despite all this uncertainty, the two jetliner primes are eager to tout these orders as firm, particularly since they include current-generation jetliners that are most profitable but most vulnerable to production cuts. These include Boeing 777s and 737NGs and AirbusA330s. For Airbus and Boeing, the possible orders offer a strong message to investors who are concerned the industry has peaked.

But more than this, the order announcements give everyone else involved exactly what they want. The Iranian government wants to leverage commercial opportunities for Western companies as a way of gaining negotiating power, both in the nuclear agreement and subsequent negotiations. At last year’s Paris Air Show, Abbas Akhoundi, Iran’s transport minister, said the country needs more than 400 jets worth $20 billion. This has since increased to “400-500” jets.

Therefore, politicians in the West who are in favor of the nuclear deal get what they want by taking credit for these commercial sales, linked as they are to the nuclear agreement. A U.S. State Department spokesman said the agreement allows “civil aviation companies, including American companies, to pursue legitimate commerce with Iran,” which is good “for both the economy and for public safety.”

Republicans eager to criticize the Obama administration get what they want, too. Right after last month’s sale, Reps. Jeb Hensarling (R-Texas) and Peter Roskam (R-Ill.) wrote in a letter to Boeing: “American companies should not be complicit in weaponizing the Iranian Regime.”

Finally, consider presidential candidate Donald Trump’s position on these orders. In February, after the Airbus order announcement, he told a CNN town hall meeting: “They bought 118 Airbus planes, not Boeing planes. They’re spending all of their money in Europe. . . It’s so unfair and it’s so incompetent. . . . We’re handing over $150 billion. We get nothing.” But in June, after the Boeing order announcement, his campaign issued a press release stating: “The world’s largest state sponsor of terror would not have been allowed to enter into these negotiations with Boeing without Clinton’s disastrous Iran Nuclear Deal.”

Clearly, everyone gets what they want from these illusory Iranian jetliner orders. Even when they have no clue what that is.

Contributing columnist Richard Aboulafia is vice president of analysis at Teal Group. He is based in Washington. 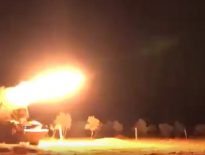 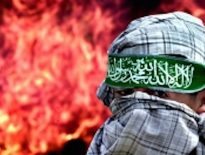 Headlines Words Matter in the Fight Against Islamism
0
wpDiscuz
0
0
Would love your thoughts, please comment.x
()
x
| Reply
We use cookies to ensure that we give you the best experience on our website. If you continue to use this site we will assume that you are happy with it.Ok