Trending
You are at:Home»Categories»Headlines»The International Football Federation has concluded a secret agreement with the Qatari authorities
By Shaffaf on 23 April 2020 Headlines

The Swiss Federal Prosecutor’s Office has requested that the PSG boss be sent back to prison for making a luxury villa available to former FIFA No2. However, he will not be tried on corruption charges, as Fifa partially withdrew its complaint at the last minute.

On the face of it, this is bad news for Nasser Al-Khelaïfi. After two years of investigation, the Swiss Federal Prosecutor’s Office sent the Qatari boss of PSG and the BeIN Sports channel, as well as the former FIFA No2, Frenchman Jérême Valcke, back to prison on Thursday in a corruption case that is very embarrassing for FIFA and Qatar. It is now up to the federal court to decide whether a trial will take place, which will depend in particular on the outcome of an appeal for disqualification that has not yet been decided.

In a press release, the MPC (Public Prosecutor’s Office of the confederation) confirmed the charges against the two men. The investigation established that Nasser Al-Khelaïfi bought a luxury villa in Sardinia “in place of Valcke” for 5 million euros at the end of 2013, which was subsequently made available to the FIFA Secretary General without him paying rent, a benefit worth an estimated 900,000 to 1.8 million euros.

This investigation into “private bribery”, launched in 2017 following a complaint by FIFA, is very embarrassing for the two men. SMS messages in the judicial file, revealed by Médiapart and its partners in the EIC network, show that Valcke was harassing Al-Khelaïfi to get him to pay the villa’s bills. “The bill has still not been paid. Could you take care of it urgently,” wrote the FIFA No2 in January 2014. “Yes boss,” replied the boss of BeIN Sports. And when Nasser Al-Khelaïfi, the most powerful man in Qatari sport, was late in paying, Valcke bullied him on the phone: “I shouted at him, he’ll pay immediately,” he boasted.

After hearing the defendants one last time last December, the public prosecutor’s office notified them and FIFA at the end of

January of its intention to send them back to prison for corruption. FIFA then announced to the public prosecutor’s office

at the end of January 2020 that it had reached an “amicable agreement with the PSG boss and that it was withdrawing its corruption complaint in the villa case.

As a result, the federal public prosecutor’s office was legally obliged to drop the charge. Jérôme Valcke was therefore only indicted for “disloyal management” and Al-Khelaïfi for “instigating disloyal management”, offences much less serious than corruption. In other words, FIFA gave them a judicial gift at the last minute.

FIFA’s withdrawal seems to show that the international football federation wants to avoid the judiciary looking too closely at the suspicions of corruption linked to the 2022 World Cup in Qatar.

MPC prosecutors suspected that the alleged corruption was linked to a contract signed by Nasser Al-Khelaïfi and Jérôme Valcke at the same time as the villa was made available: the purchase by BeIN Sports from FIFA in 2014 of TV rights to the World Cups for 480 million dollars, 60% more than the same contract signed 4 years earlier by the Qatari channel.

Documents show that Jérôme Valcke and Nasser Al-Khelaïfi secretly went to Doha in early September 2013 to discuss with the Emir of Qatar a winter postponement of the 2022 World Cup, two days after the signing of the promise to purchase the villa. On 3 October, Valcke announced to the FIFA Finance Committee that Qatar was prepared to make up part of the shortfall caused by a winter World Cup via payments made by “Qatari commercial partnerships”. A month and a half later, BeIN Sports agreed to buy the television rights to the 2026 and 2030 World Cups for the Middle East territory for the record sum of 480 million dollars.

FIFA’s attitude is hardly surprising. Its president Gianni Infantino has remained on the same line as his predecessor Sepp Blater:  despite suspicions of corruption and ongoing judicial investigations in Switzerland and France into the awarding of the World Cup to Qatar, the reputation of the world’s most lucrative competition must be preserved at all costs.

FIFA has therefore not launched any internal investigations into the contract concluded with BeIN Sports in 2014. Gianni Infantino turned a blind eye to the previous contract, which was concluded at the end of 2010, just before the vote, and which included a bonus of 100 million dollars if Qatar won the World Cup.

This contract, also signed by Nasser Al-Khelaïfi, is nevertheless of interest to the French judiciary: it is being examined by investigators as part of the judicial investigation into “corruption” opened by the National Financial Prosecutor’s Office into the awarding of the 2022 World Cup.

by Shaffaf time to read: 3 min 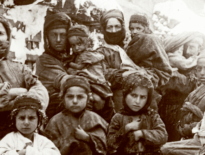 Headlines The Story of the Armenian Genocide 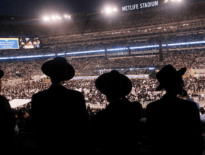 Features 14 million: World Jewry matches 1925 numbers
0
wpDiscuz
0
0
Would love your thoughts, please comment.x
()
x
| Reply
We use cookies to ensure that we give you the best experience on our website. If you continue to use this site we will assume that you are happy with it.Ok