An excellent  « Public Statement on U.S. Policy Toward the Iran Nuclear Negotiations » – « Endorsed by a Bipartisan Group of American Diplomats, Legislators, Policymakers, and Experts »- was published by The Washington Institute yesterday, June 24.

The statement has our full support.

Except that it does not mention the requirement for Iran to reveal its past (and present) miniaturization (of nuclear weapons) programs– as French diplomats and experts in Geneva have insisted it should.

On the other hand, one feels uncomfortable with the ambigious paragraph concerning the Yemen crisis: “Expand support for Saudi Arabia and the UAE in pressuring the warring parties to the negotiating table while seeking to split the Houthi elements away from Iran.”

For, irrespective of our differences with the Saudi regime and its Wahabi ideology, the bi-partisan statement, which declares its oppostion to Iran’s “regional hegemony”, does not give enough credit to the continuing Saudi-UAE air campaign.

First, in its motives.

An Arab stand against Iran’s destabilizing activities in the region was absolutely necessary. The more so as the U.S. government seemed to encourage Arab countries to play a more active role and, also, in the light of what looks like a U.S. withdrawal from Middle Eastern affairs. An Iranian victory in Lebanon, Iraq, Syria and Yemen would spell the end of the Arab part of the Middle East as it has existed for the last sixty years. Confronting Iran in Yemen was an Arab « national security » requirement, even if a Sunni-Shia dimension was not totally absent.

In this sense, the Saudi-UAE air campaign, mostly ridiculed and decried by many U .S analysts, would be in harmony with the principles and goals of the bipartisan statement which we, approvingly, here reproduce in full.

Finally, one could even speculate and hope that a good settlement of the yemen crisis could convince Saudi Arabia’s leadership that the best means to put an end to Iran’s interventionism in the region would be a real peace process with Israel- against oppositions both inside the Arab and the Israeli camps.

The Bipartisan Statement on Iran Nuclear Negotiations and the Yemen Conflict 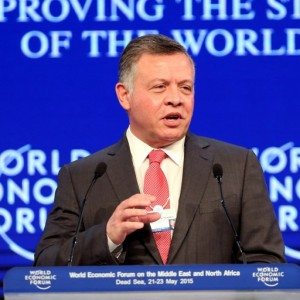 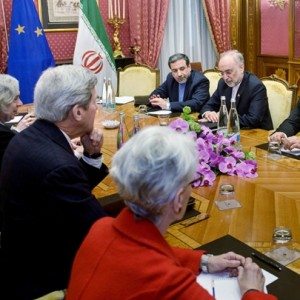 Features Public Statement on U.S. Policy Toward the Iran Nu…
0
wpDiscuz
0
0
Would love your thoughts, please comment.x
()
x
| Reply
We use cookies to ensure that we give you the best experience on our website. If you continue to use this site we will assume that you are happy with it.Ok