Trending
You are at:Home»Categories»Features»The 15-minute interview: Ernest Moniz
By The Bulletin on 16 August 2015 Features, Politics

John Mecklin is the editor of the Bulletin of the Atomic Scientists. Previously, Mecklin was editor-in-chief of Miller-McCune (since renamed Pacific Standard), an award-…

In the wake of the Iran nuclear deal announced last month, US Energy Secretary Ernest Moniz has become a prominent figure in the Obama administration’s wide-ranging efforts to convince Congress and the American people to support the deal. In the process, the physicist and longtime MIT professor—who was a key advisor on the US team during negotiations with Iran—has been praised for his ability to translate complex science into language accessible to laymen (and lay-congressmen) and has at the same time become something of a media favorite. One Washington Post headline suggested Moniz was “blinding lawmakers with science” during his visits to Capitol Hill to explain the agreement, and the political news site Real Clear Politics suggested he has been “Obama’s MVP on selling Iran deal.”

Moniz took time this week to provide Bulletin readers with a quick update on the administration’s efforts.

Bulletin: I’ll get right to it because I know you’re busy, and we have a short time window here. You and other administration officials have been on kind of a road show lately, explaining the Iran deal to a lot of different groups and people. Have you learned anything from doing that? Have any of the reactions surprised you?

Moniz: No, I don’t think so surprised. What I’m finding is, I think, that when all is said and done, the strengths of the nuclear dimensions of the agreement are being quite well appreciated. The two major issues that I think are on people’s minds are, number one, this idea that—of course it was part of the construct of the negotiation following the President’s strategic choice years ago—that the agreement is focused specifically on the nuclear weapons issue in Iran and is not, at the same time, addressing other regional issues that we have with Iran. But again, that was a choice made years ago.

Secondly, while the agreement very clearly is very restrictive on Iran’s nuclear program, say for 15 years, there’s a concern that okay, after 15 years they become a threshold state. But of course, we point out that they are today a threshold state. The difference is whether one is going to be confronted with a very large Iranian nuclear program essentially tomorrow, with little verification and, if the agreement is undermined, very little international unity, versus an Iran that could rebuild a substantial program after 15 years, but with considerable enhanced verification and international unity. So that’s kind of the reality.

And then third, I would say, in terms of these concerns, is the issue of what happens within Iran with more resources? Both the $50-plus billion that would be accessible, currently held in foreign banks in escrow, and, of course, presumably a better functioning economy. And there our response is that, first of all, with this $50-plus billion, we are quite convinced that the vast majority of it will go to addressing some very serious social requirements that Iran has. But of course, we certainly don’t doubt that some amount will go to enhancing their military.  That in turn can spill over into these various regional activities of terrorist support like Hezbollah, regional instability issues like Yemen and Syria, [and]also continuing human rights violation, which includes the unjust detention of Americans, anti-Semitic rhetoric, etcetera, etcetera. So, you know, we have to expect that this will continue.

Our response is that we have to enhance—as we are doing—a security collaboration with our friends and allies, which remain Israel and the friendly Arab states. And we have to raise the game in terms of confronting Iran on all of these fronts.

Bulletin: Much of the opposition, such as it is, to the agreement does come from an Israeli perspective. I know from talking to Jewish friends there’s an intense distrust of the Iranian government. I don’t expect that the Netanyahu government is going to change its position, but what would you say to American Jews who oppose the agreement?

Moniz: Well, I can tell you what I have said to American Jews. We’ve spent a lot of time meeting with the Jewish leaders, leaders in civil society, heads of organizations. Are you in Chicago?

Bulletin: No, I’m on the West Coast.

Moniz: You’re on the West Coast, OK. Because last week—you know, it’s no secret—we met with Jewish leaders in both Detroit and Chicago, for example. And number one is we understand the concerns. And the concerns are, I would say, the ones that I already referred to. They are the uncertainty surrounding what will an Iranian peaceful nuclear program look like after 15 years, and will our verification measures be [such that we]have sufficient confidence that we will detect covert activity? Of course, we are very confident in that, but that’s a big part of the discussion.

And the second big concern with our Jewish colleagues typically is around this issue of additional resources, and what it might imply for increased support, let’s say in Israel particularly, for Hezbollah and Hamas. And there, again, we say look, first of all, we want to address those issues without the threat of a nuclear weapon because the reality or the uncertainty about a nuclear weapon in Iran certainly would not increase our degrees of freedom in addressing other issues. And so we have to work together and, if anything, increase our pushback against those problems.

Last week, Secretary [of State John]Kerry did some of that precisely with our Gulf allies, the [Gulf Cooperation Council] countries, in terms of pushing back more. In their case it was in Yemen, Syria, ISIL, etcetera. And if you look at the communiqué, it’s not just a question of more potent arms or whatever. It’s also issues of training—for example, Special Operations Forces, let’s say, for Saudi Arabia and Yemen—are probably a critical issue. So we are looking at and we are proceeding with a whole set of additional activities.

The recent advances in terms of airstrikes from Turkey against ISIL are another example of a new level of activity. So anyway, that’s what we say. [And] you know, again, as far as the 15 years goes, the issue is having the same problem tomorrow with no verification, versus looking at a potential challenge beyond 15 years but with verification.

And I should emphasize that the verification measures in this agreement really are extraordinary, including breaking new ground.

That was, by the way, acknowledged in a letter that I, not surprisingly, thought was terrific—the letter that I think Dick Garwin really helped organize, of the 29 physicists and nuclear technology people, and that was sent to the President at the end of last week. And that was a very powerful letter, which included in it a statement about how the access issues that we built in were really unprecedented and would allow a very effective—their words were challenge inspections—for weaponization questions of great concern using nuclear materials. If you haven’t seen that letter, I recommend looking it up.

Bulletin: Quite a few Bulletin board members signed the letter.

Moniz: Well, this is a strong group around the Bulletin, right.

Bulletin: This agreement has become almost entirely political in some sense. Do scientific arguments—the factual arguments that you make about the agreement—is that having any affect in Congress? It seems to be just a completely political reaction there. Are there congresspeople who are actually listening to the facts?

Moniz: I think it is having an impact. For one thing, as I said, including in the Republican caucus, I think that what one is seeing is, frankly, the questions no longer tend to focus on the nuclear dimensions of the agreement. There is some [arguing]around, you know, 24 days, etcetera. But there, I think again, we have very sound responses, which they hear, including in a classified setting where I can say more about why we have the confidence in finding the remnants of nuclear activity after 24 days, or frankly even longer. So I think that there’s certainly an impact, in the sense that a lot of [the concerns], again, go to the same two issues I mentioned earlier, this question of well, what happens way down the road, and what happens when the sanctions come off and Iran has more resources to do other stuff.

There’s no doubt—as you said earlier about your Jewish colleagues not trusting Iran—there’s nobody right now that trusts Iran. And I would say—I mean certainly with regards to the nuclear weapon issue—that included the entire P5+1. And indeed, I cannot emphasize strongly enough the value of the very hard-won unity in the international community, both the P5+ 1 in the negotiations and the even broader international community in terms of sanctions on Iran. Because, as you know, it was only that international cohesion that made the sanctions bite in the last, you know, five years or so. And that cohesion was very important to reaching an agreement, and it will be very important going forward if Iran, in any way cheats, and we have to contemplate, you know, strong responses.

Unfortunately, if the Congress does undercut the agreement, and the United States is seen as unilaterally being the one to have this agreement essentially not go forward, even though the other five countries and the UN Security Council unanimously all think this is a big step forward, we are going to be isolated. We are going to squander that unity of purpose that we worked so hard to put together over the last several years. And that’s something that, in the Congress and in our society, people are going to have to face up to.

Bulletin: Are you confident that Congress is going to let this go through?

Moniz: Well, we think it’s going to go through, yes. I mean, obviously, we’d prefer it to go through with a majority vote. But one way or another, I fully expect that the agreement will come into force.

Editor’s note: This interview was edited for clarity.

The Bulletin of the Atomic Scientists

by The Bulletin time to read: 7 min 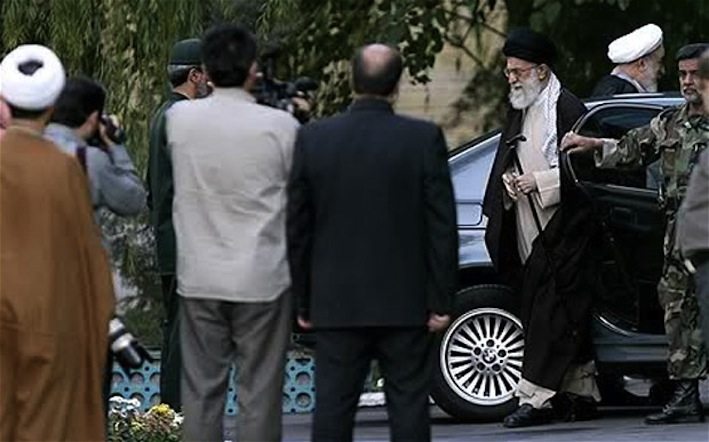 Commentary Why Khamenei’s Official Approval of the Nucl… 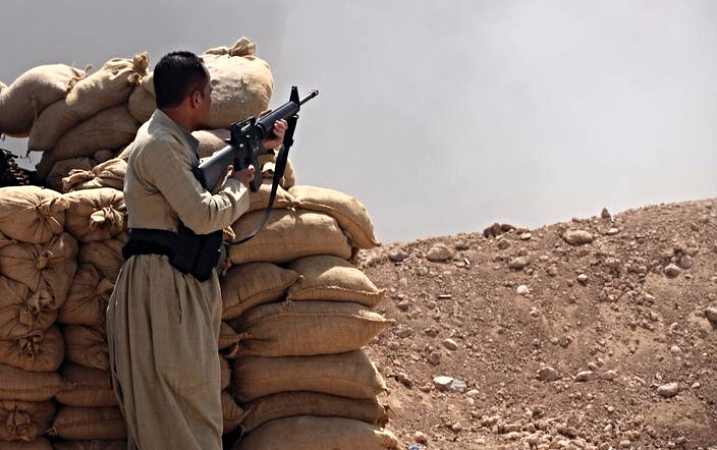 Commentary On a tragic anniversary for Iraqi Christians, thou…
0
wpDiscuz
0
0
Would love your thoughts, please comment.x
()
x
| Reply
We use cookies to ensure that we give you the best experience on our website. If you continue to use this site we will assume that you are happy with it.Ok