Shoot-downs are piling up

During the night of June 26 and 27, 2016, insurgents from the Jaysh Al Islam — a Saudi-supported Islamist group — claimed to have shot down, over Al Bahariyah on the eastern side of Eastern Ghouta, a helicopter operated by the Syrian Arab Air Force.

It was the first in a rapid-fire — and mysterious — series of aircraft crashes and shoot-downs.

The same day, a MiG-23BN from As Seen air base, known in the West as “Tsaykal,” reportedly crashed in eastern Qalamoun region. Its pilot, Col. Nader Ramadan, died.

Slightly more than a week later on July 2, a SyAAF Su-22M-3 that had taken off from Dmeyr air base reportedly crashed near Jayrud, a village around five kilometers south of the insurgent-held town of An Nassiriyah in southern Qalamoun range.

The pilot, Maj. Nawras Hassan, ejected safely but was captured by local insurgents. A combatant from Jabhat An Nusra executed him shortly thereafter.

Another fighter JAI claimed to have shot down over Al Bahariyah on July 2 turned out to be a drone.

On July 4, the SyAAF lost another helicopter over the Al Bahariyah area. This time one of the crew — technician Yusuf Nayef — survived and was captured. The pilot Brig. Gen. Mohammad Ayoub, co-pilot 1st Lt Sohail Saqr and technician Ghadir Assaf all died.

Finally, during the late afternoon of July 5, a SyAAF MiG-23 from As Seen air base crashed in flames near Maydaa, in Eastern Ghouta, supposedly killing its pilot, Ali Shawkat Soleiman.

Sources within the SyAAF remain insistent that the helicopter the JAI claimed to have shot on June 27 was only damaged and made an emergency landing at Damascus International Airport.

Correspondingly, the MiG-23BN flown by Ramadan apparently crashed for technical reasons. Same with Hassan’s Su-22M-3. The Mi-25 seems to have fallen prey to a shoulder-fired surface-to-air missile. Despite claiming credit for many of the recent Syrian aircraft losses, the JAI actually denied any involvement in the downing of the MiG-23 flown by Soleiman.

Whether Ali Shawkat Soleiman was indeed killed in action remains unclear. The SyAAF published no obituary for him.

Despite the uncertainty with regard to these losses, one thing is clear — the air force of Syrian president Bashar Al Assad is losing aircraft at the fastest rate in three years. The high loss rate, and the relative concentration of all these shoot-downs and crashes in an area barely 30 kilometers by 10 kilometers wide, raises a number of questions.

While the organizational structure of the SyAAF remains intact and the force is still averaging 40 combat sorties a day, most of its fleet is hopelessly worn out. Every additional loss increases the strain upon remaining aircraft, while the relatively high tempo of operations prevents observance of regular maintenance schedules.

Regardless of how much the ground crews are struggling, and what kind of technical marvels they regularly produce while using hand-crafted spares, remaining aircraft are in very poor condition. Even fast fighter-bombers such as the MiG-23s and Su-22s regularly fly combat sorties with non-functioning avionics. Anywhere else, they would all be instantly grounded and never flown again.

They managed to make two of these operational, and — apparently — smuggled at least one out of Eastern Ghouta. Together, JAI’s SA-8s have scored nearly a dozen confirmed kills, the last of which might have been a Sukhoi Su-24MK2 of the SyAAF, shot down on June 11, 2015 near Nahta in Dera’a Governorate.

After June 2015, the insurgent SA-8 batteries kept a low profile. This was good news for the SyAAF, as the regime’s air force proved unable to defeat this particular threat. The only anti-radar missile that was ever in the Syrian arsenal is the big Kh-28 — NATO code name AS-9 Kyle — but it seems that the air force abandoned its remaining stocks of these weapons because they were well past their shelf life.

Even then, Kh-28s could only be carried by Syrian Su-22M-4Ks, fewer than a dozen of which are still operational. Furthermore, that missile requires that the aircraft firing it possess an operational Myetel targeting pod. The target radar also has to be transmitting in order for the Kh-28 to track it.

The JAI apparently ran out of its original stock of 9M33M2 missiles and was unable to obtain replacements — until recently. SA-8 missiles are stored, transported and fired from their transport containers. While the launcher is a big vehicle — more than nine meters long and weighing 17 tons when fully loaded — the missile containers are “only” 3.2 meters long and weigh around 200 kilograms.

The JAI proved capable of smuggling similarly sized rounds for BM-21 multiple rocket launchers into Eastern Ghouta over the last three years, and thus there is no reason to doubt its ability to do the same with 9M33M2s, too.

Related smuggling activity and the apparent re-activation of the JAI’s SA-8s might have been further postponed by Russian air strikes in late 2015. Units of the Russian air force deployed in Syria claimed to have destroyed two SA-8 launchers — one on Oct. 15, 2015 and another on Dec. 30.

Except for lack of replacement missiles, another reason for the SA-8s’ apparent silence during the first half of 2016 is that the SA-8 is not the easiest system to maintain. The little-known weak spot of the system is its high-frequency generator. This component has an average life of only 700 working hours and is based on completely obsolete technology, spares for which are scarce on the black market.

Depending on its condition, this generator takes up to five minutes to warm up, after which the radar system can start transmitting. With a radar range of 20 kilometers and missile range of 15 kilometers, a combination of just three or four operational launchers would be enough to seal the skies over the Eastern Ghouta. But this has not happened so far.

Another reason could be that after suffering losses to Russians, the JAI needed some time to train new crews. The SA-8 has a T.V.-style sight and can fire its missiles without radar support. During such deployment, the missile has to be guided manually and its effective range is limited to about six kilometers.

Did U.S. Helicopters Fly Syrian Rebels Into Battle With Islamic State?
An unusual mission near the Iraq-Syria borderwarisboring.com

While the JAI does not lack suitable personnel — this insurgent group includes thousands of defectors from the former Air Defense Force and has its own military education facilities, too — such employment requires plenty of training … and lots of skill.

Such tactics would further require a functioning network of ground observers trained to report the type, approximate speed and altitude of enemy aircraft. The existence of such a network would explain why most of the recently-reported losses have taken place roughly in the area around Maydaa and Al Bahariyah. If the JAI has restored a network of skilled air-defense observers, it is surely concentrated in a smallish area.

Indeed, that would also explain the JAI’s reluctance to claim all of the kills it might have scored with SA-8s. This is a well-disciplined military force, perfectly aware of requirements for operational security. It’s capable of striking a balance between the propaganda value of celebrating its shoot-downs and the discretion necessary to help protect its valuable air-defense assets.

That said, it’s perfectly possible that some of above-listed kills have indeed been scored by other means. For example, on July 2, 2016, Liwa Saif-ash-Sham of the 1st Corps Southern Front of Free Syrian Army released a video showing one of its insurgents firing a 9K38 Igla — NATO code name SA-18 — at a “Russian” aircraft flying over Dera’a province.

While the missile missed its target, the video made it obvious that the insurgents in southern Syria now possess at least some SA-18s. The insurgents hold a large swath of territory between Dmeyr and the Syrian borders with Iraq and Jordan, so there has been plenty of opportunity to smuggle fresh weapons into the country.

Considering how porous the regime siege of Eastern Ghouta proved to be over the last four years, it wouldn’t be surprising if a few SA-18s also found their way to the JAI. 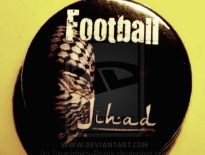 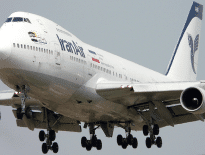 Headlines The Iran Jetliner Illusion
0
wpDiscuz
0
0
Would love your thoughts, please comment.x
()
x
| Reply
We use cookies to ensure that we give you the best experience on our website. If you continue to use this site we will assume that you are happy with it.Ok