Subtle changes in the way Qatar projects itself on the international stage symbolized by a recent government reshuffle, economic reform as a result of reduced energy income, and cutbacks at global television network Al Jazeera, could accelerate Qatari compliance with demands for migrant labour reform, and prompt an even greater emphasis on sports. That is if Qatar can shake dogged allegations of wrongdoing in its various bids to host major sporting events.

The notion of progress towards labour reform after five years of promises is fuelled by suggestions from western diplomats and some academics that the reshuffle and the streamlining of Qatari Emir Sheikh Tamim bin Hamad Al Thani’s cabinet is a first step towards political liberalization and transition from an absolute to a constitutional monarchy.

They argue that Sheikh Tamim, who took office after his father, Sheikh Hamad bin Khalifa Al Thani, stepped down in 2013, has begun with the reshuffle to move the old guard aside and pave the road for change.

Alongside the need to cut costs because of reduced energy income, “this is also about Sheikh Tamim’s slow consolidation of power after 2-1/2 years in the job. He’s still pushing out the old timers loyal to the former emir who were not necessarily that effective but couldn’t be sacked all in one go,” a Doha-based western diplomat told Reuters.

While members of the old guard were indeed removed, the reshuffle at first glance involves mergers of ministries and signals an emphasis on defense at a time of conflict and growing uncertainty in the Gulf.

In the reshuffle, Sheikh Tamim took over the defense portfolio and appointed outgoing foreign minister Khalid Al Attiyah, whose father was the founder of Qatar’s armed forces, minister of state for defence. Mr. Al Attiyah replaces Major General Hamad Bin Ali Al-Attiyah, who was appointed defense advisor to Sheikh Tamim with a rank equivalent to that of prime minister.

With up to 1,000 troops in Yemen as part of the Saudi-led invasion of that country, Qatar is involved in one of the largest military engagements in its history.

The notion of political and economic reform could prove to be a double-edged sword for labour reform, a demand by trade unions and human rights, which Qatar has had to take serious with its winning of the hosting rights for the 2022 World Cup.

A greater Qatari say in the affairs of their country could highlight widespread public fear that labour reform could undermine Qatari control of their society and culture in a country in which the citizenry accounts for a mere 12 percent of the population.

The economic reforms and cost-cutting that involve the closure of Al Jazeera America, a $2 billion failed investment, the shelving or suspension of up to a quarter of Qatar’s ambitious construction and infrastructure projects, expatriate job cuts, the slashing of ministerial budgets and the possible roll-back of subsidies amount to a rewriting of Qatar’s social contract. That contract involved cradle-to-grave security for Qatari nationals in exchange for the surrender of their political rights.

Political liberalization as part of the forging of a new social contract would be the first fallout in terms of political change of tumbling world energy prices that is forcing Gulf states to revisit the concept of a rentier state.

In explaining the government reshuffle, Sheikh Tamim stressed that his new Cabinet needs to gain the trust of Qatar’s citizens. “Your responsibility in light of the falling oil prices is bigger, but serving the citizens and their lifestyle should not be affected by this situation,” Sheikh Tamim said. Sheikh Tamim warned his subjects in November that the state no longer could “provide for everything.”

While Mr. Al Attiyah as foreign minister was one of the few Qatari officials to engage with the media, his successor, 35-year old Sheikh Mohammed bin Abdulrahman Al Thani is likely to be more sensitive to international demands given his former job as the ministry’s official in charge of international cooperation.

Sports will remain a pillar of Qatar’s soft power strategy that is designed to compensate for a lack of sustainable hard power despite the country’s greater military assertiveness. To make what has so far been at best a troubled soft power strategy bordering on failure, Qatar has its work cut out for it.

In addition to the Swiss judicial investigation into the propriety of Qatar’s World Cup bid, it needs to reckon with the possibility, if not likelihood that the US investigation of world soccer body FIFA will expand to include Qatar.

Qatar’s bids for the 2017 and 2019 World Athletics Championships are moreover under investigation by the International Association of Athletics Federations (IAAF) as a result of allegations of bribery.

This month’s announcement of Qatari sponsorship of German club Bayern Muenchen FC has sparked protests from fans and trade unions because of the Gulf state’s kafala or labour sponsorship system that puts employees at the mercy of their employers. Qatar has so far introduced only minimal changes to the system.

In its 2016 annual report, Human Rights Watch criticized Qatar for not following through with promises of reform and leaving migrant workers “acutely vulnerable”.

In an effort to demonstrate sincerity, Qatar has recently prosecuted companies for the separate deaths of five construction workers. The court convicted the companies on charges of manslaughter and negligence and imposed fines and compensation payments.

A key litmus test of the notion that Sheikh Tamim may be contemplating political change will be whether he releases from prison Qataris who opposed government policies, including poet Muhammad al-Ajami, who is serving a 15-year sentence for “criticizing the emir” in a poem that praised the 2011 Arab popular revolts.

“We do not want to topple the royal family. But we are calling for a constitutional monarchy where the legislation resides with an elected Parliament, not the emir,” Khalid al Halil, a reform-minded, London-based businessman, recently told The New York Times.

James M. Dorsey is a senior fellow at the S. Rajaratnam School of International Studies, co-director of the University of Würzburg’s Institute for Fan Culture, and the author of The Turbulent World of Middle East Soccer blog and a forthcoming book with the same title.

International Sports Inside the secret world of Sepp Blatter and Fifa 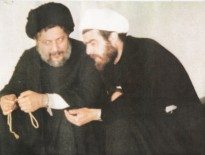 Features A Shi’ite genie has escaped the bottle – a…
0
wpDiscuz
We use cookies to ensure that we give you the best experience on our website. If you continue to use this site we will assume that you are happy with it.Ok