KUWAIT, March 23 (KUNA) — Kuwait’s sports laws are not the real reason that led the International Olympic Committee (IOC) to suspend the country, the head of the Kuwaiti government negotiation delegation with the IOC Dr. Mohammad Alfili said.

Sports laws similar to the Kuwaiti ones exist in many countries, Alfili told a press conference at the Public Authority for Sports on Wednesday, adding that the IOC took the suspension decision, then tried to find a “pretext.” He called for a review of the IOC, for the good of international sports, after it “went too far from the noble goals it was based on.” The Kuwaiti side did not intend to talk about the details of the negotiations with the IOC, but the latter proceeded with a document that does not reflect the “truth” of the meeting.

There were negotiations that would have reached a further point, but for “trapping” on the side of the OIC, as revealed by its document, Alfili said.

He referred to exchange of proposals, saying that one, close to the conviction of the Kuwaiti side, was almost concluded.

A formula was reached, not ideal, but one that could be built on to reach a point, he stated, before, all of a sudden, the IOC retracted.

The IOC’s document is not “true” and offers “naive and false information” especially the point that the Kuwaiti negotiators “agreed but were then not allowed to agree,” he said.

It is nothing but normal that the Kuwaiti negotiators referred to the “state, which is ruled by a constitution and institutions” before “making promises we cannot fulfill,” he said, noting that the IOC delegation sought to impose “a fait accompli” by “unilaterally signing the document.” Alfili said that the conviction of the Kuwaiti representatives in the negotiations was to reach an agreement in line with the “Kuwaiti legal rules.” The IOC then spoke of topics that were not listed on the agenda of the meeting, and finally issued a document that did not reflect what was agreed upon between the two sides, as a “manoeuvre” he stressed.

The real reason why the Kuwaiti negotiators did not sign the document was that it did not “reflect what happened in the meeting,” member of the negotiating team, Saqr Al-Mullah, said.

It was really surprising that the nine points relevant to the suspension decision were only addressed after other topics that were not originally listed on the agenda, such as that of the Asian Olympic Council, which itself took six hours, Al-Mullah added. 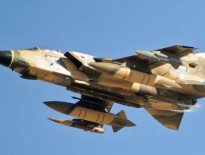 Headlines Gulf Coalition Operations in Yemen (Part 2): The A… 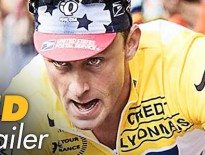 International Sports 7 Reasons to see The Program
0
wpDiscuz
0
0
Would love your thoughts, please comment.x
()
x
| Reply
We use cookies to ensure that we give you the best experience on our website. If you continue to use this site we will assume that you are happy with it.Ok