Trending
You are at:Home»Categories»Commentary»Sometimes the enemy of your enemy is still the enemy
By Andrew J. Tabler on 5 December 2015 Commentary

With the growth of the Islamic State have come voices for the United States and Western countries to engage with Syrian President Bashar al-Assad. The fact is, however, that a strategy for defeating the terrorist group is far more complex than cozying up to Assad.

Assad is held up as “the lesser of two evils” in Syria and now backed by the Russian military. American foreign policy pundits are rumored to be lining up appointments with Assad in Damascus to determine if he might be a partner in fighting terrorism. It’s natural when attempting to “degrade and eventually destroy” the Islamic State to invoke that most overused Middle East cliche: “The enemy of my enemy is my friend.” But doing so would be a mistake.

[Other perspectives: There are no more just wars]

The problem does not lie just in the optics and ethics of Americans engaging with murderous dictators who have tried (and in Assad’s case, failed) to torture, gas and Scud missile their people into submission. The Assad regime in its current form is politically rigid, and as a result lacks manpower to hold anything between a quarter and a third of its territory. Unless we quickly decide on a mechanism and timetable for Assad’s departure and maintain what is salvageable of the Syrian state, the Islamic State and groups like it will remain — and America will never be able to leave the Middle East in peace.

American policymakers often say Washington faces an “evil symbiosis” in Syria, where the Islamic States thrives off the chaos created by the Assad regime. On the one hand, the Islamic State must be physically destroyed to protect Americans against the burgeoning threats it poses.This has led President Obama to carry out thousands of airstrikes in Syria and Iraq over the past 15 months and send 3,500 soldiers to Iraq and 50 Special Operations forces to Syria.

On the other hand, we have Assad’s minority Alawite-based regime, which lost control of the country when it decided to shoot, gas and torture its way out of the country’s largest uprising, picking a fight with the region’s majority Sunni population and giving radical groups space to flourish and grow.

The longer that political situation remains in place, the longer the the Islamic State will continue to exist, and the more blood and treasure America will expend in the Middle East.

To destroy the group and help ensure it doesn’t come back, the United States must act responsibly and selectively in Syria by supporting local and regional actors in military operations. At the same time, it must attempt to untie what is referred to in diplomatic circles as the “Assad knot” and find a political settlement that would see members of the Assad, Makhlouf and Shalish families — who are at the core of the regime and are responsible for its response to the uprising — to leave power in favor of a different form of government.

The biggest problem with this settlement is not its intention but its difficulty. The Assad regime has run roughshod over the Syrian state for decades — trying to detangle what is the regime and what is the Syrian state will be difficult to say the least. On its current trajectory, Syria is to be divided much more for years to come, with some parts perhaps in confederation with others on a temporary basis.

A Syrian journalist once told me that for the Assad regime, there is no black or white — only shades of gray. This theme has also held true for much of the Syrian war. Waging a just war in such an environment and hoping to come out with an acceptable and legal answer has been a major challenge for the Obama administration — one that has been used to delay key decisions until the situation worsened and policy prescriptions were no longer relevant.

If the United States is to help bring peace to Syria and defeat the Islamic State, we might find more clarity in focusing on individual areas where the battlefield is a bit clearer. Washington has already done so with the Kurdish YPG in northeast Syria, despite the fact it is widely regarded as being connected to the Kurdistan Workers’ Party, a U.S.-designated terrorist organization.

Another area of promise is a buffer or safe area in southern Syria, which once established could protect civilians. Finding a practical and legal way to support such projects is vital for the United States to both wage a just war and sustain a just peace in the country that once was Syria.

Andrew J. Tabler is the Martin J. Gross Fellow in the Program on Arab Politics at the Washington Institute for Near East Policy and author of “Syria’s Collapse and How Washington Can Stop It”  in Foreign Affairs and the book “In the Lion’s Den: An Eyewitness Account of Washington’s Battle With Syria.”

Sometimes the enemy of your enemy is still the enemy 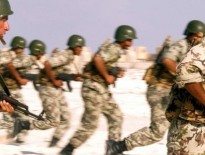 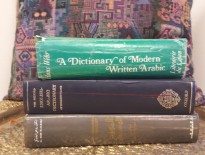 Culture & religions Going Deeper Into Arabic – From A Surprising…
0
wpDiscuz
0
0
Would love your thoughts, please comment.x
()
x
| Reply
We use cookies to ensure that we give you the best experience on our website. If you continue to use this site we will assume that you are happy with it.Ok