PESHAWAR: In a late-night development on Thursday, some important members of the Afghan Taliban movement’s highest-ranking Rahbari Shura (Leadership Council) disputed the appointment of Mulla Akhtar Mohammad Mansour as the new head of the Taliban movement in place of the late Mulla Mohammad Omar and said he manipulated the process instead of holding consultations with the Taliban elders and commanders.

They claimed most of the Shura members didn’t attend the meeting held on Wednesday evening at an undisclosed location or left it after boycotting and opposing Mansoor’s selection as the movement’s head.

An image of who is thoguht to be Mullah Akhtar Mohammad Mansour, the Taliban’s new emir.

“About 20 of us are sitting in a place and conveying through you our reservations about Mansoor’s appointment as the Ameer of the Taliban. His selection is both against the law and Shariah,” argued Mulla Mohammad Rasool. “I was invited but I didn’t attend the Shura meeting. The meeting was hurriedly convened to manipulate the process and the majority stayed away,” he added.

He claimed that Mulla Omar’s younger brother Abdul Mannan and his eldest son Mulla Mohammad Yaqoob reportedly attended the Shura meeting in the company of top Taliban figures such as Abdul Qayyum Zakir and Mulla Habibullah, but they left after observing how Mansoor had planned to manoeuvre his way into becoming the new head of the movement.

Another Shura member, Mulla Hasan Rahmani, voiced the same feelings and said there was a need to call a larger meeting of leading Taliban religious scholars, commanders and elders to hold consultations for two to three days before electing the new leader. “We don’t accept the manner of Mansoor’s selection. He is unacceptable to the majority of Taliban,” he insisted.

He also backed Mulla Omar’s son Yaqoob to become the new Taliban head. When reminded that he was young and inexperienced, Mulla Hasan Rahmani said he was a qualified Mulla after graduating from a seminary and had leadership qualities. “A Shura of wise men and Ulema could assist him in running the Taliban movement,” he added.

With opposition to Mansoor building up, he wasn’t sitting idle. A day after he was chosen as the new leader of the Afghan Taliban movement by the Shura, Mansoor moved quickly on Thursday to consolidate his position by seeking “baiyat” from Taliban elders and commanders who queued up at a secret place to pledge loyalty to him.

Taliban sources said Mulla Mohammad Hasan Akhund, the former foreign minister and presently the patron of the movement’s Rahbari Shura, also known as Aali Shura, was the first to pledge loyalty to Mansoor. He was followed by other Shura members, military commanders, clerics and even common members. “The “baiyat” began at 2pm and continued till evening. It will continue tomorrow,” a source said.

The previous evening, according to Mansoor’s men, the Shura held an emergency session in which Mansoor, aged around 50, was unanimously chosen as the Ameer (head). They said Sirajuddin Haqqani, the head of the Haqqani network and also a Shura member, was chosen as one of the two deputies of Mansoor. The other deputy is Mulla Haibatullah Akhundzada, who belongs to the Ishaqzai Durrani sub-tribe. Mansoor is also from the Ishaqzai Durrani sub-tribe.

These sources said a Shura member Gul Agha, military commander Abdul Latif Mansoor and some other important Taliban figures attended the meeting in which Mansoor was chosen as the successor to Mulla Omar. However, these sources conceded that a number of Shura members weren’t present as they were either in Afghanistan or far away from the venue of the meeting.

With the Taliban formally confirming Mulla Omar’s passing away on Thursday through a statement and maintaining that he died a natural death on April 23, 2013, the way was paved for Mansoor to take charge as the new head of the Taliban movement. Before getting “baiyat” from Taliban elders and commanders, he announced to the gathering that Mulla Omar had died and then led Fateha for him.

This was the signal to his followers to publicly pledge loyalty to him and to pre-empt the rival camp from putting up its own candidate, Yaqoob, against him.

The News of Pakistan 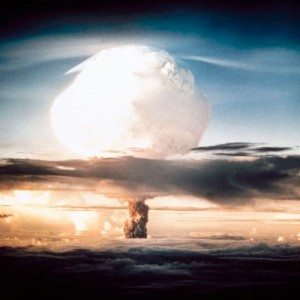 Features The Rush to Nuke Hiroshima and Nagasaki 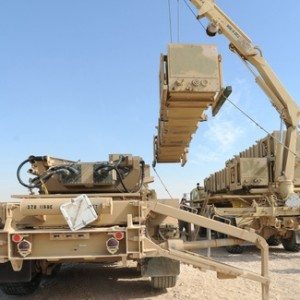 Features Saudi Arabia Responds to Iran Deal: Give Us 600 Pa…
0
wpDiscuz
0
0
Would love your thoughts, please comment.x
()
x
| Reply
We use cookies to ensure that we give you the best experience on our website. If you continue to use this site we will assume that you are happy with it.Ok