The title of Reichelt’s commentary was, “Trump has freed the world from a monster.”

“President Trump has freed the world of a monster whose aim in life was an atomic cloud over Tel Aviv. Trump has acted in self-defense – the self-defense of the US and all peace-loving people,” wrote Reichelt.

He added that “the Iranian terror godfather Qassem Soleimani stood for a world that no peace-loving person can want: a world in which you can be torn apart by a bomb at any time because you are in the wrong place at the wrong time.”

The commentary singled out Soleimani’s scorched-earth campaign in the Syrian war: “A world in which entire cities are wiped out – like Aleppo. In which bloodthirsty militia go from door to door and execute civilians.”

Reichelt noted the potential of Iran’s regime to carry out terrorism in Germany and Israel, “in which the kindergartens in Germany could burn up in fireballs at any time because its children are Jewish. In which Israel is under threat of extinction every day.”

The title of Reichelt’s commentary was, “Trump has freed the world from a monster.”

The US Pentagon said it took preventive military action against Soleimani because he planned attacks against American diplomats. According to the US State Department, Soleimani oversaw terrorist operations  that were “responsible for the deaths of at least 603 American service members in Iraq.”

The US Ambassador to Germany, Richard Grenell, wrote on Twitter, “As a diplomat, I believe there isn’t enough media attention on the fact that General Soleimani was planning to attack US diplomats. @realDonaldTrump caught Soleimani in the act. And saved lives by stopping him.”

Reichelt wrote: “Soleimani, the world’s most repelling and bloodthirsty terrorist, who brought suffering and harm over humanity on the mullahs’ behalf, was an enemy of our civilization. He represented the unbearable thought that murderers will live more safely and be more untouchable the more people they kill (with the support of the state).”

The editor-in-chief declared that, “His violent and overdue end will not stop global terrorism, but the image of his burnt-out car still sends out a powerful message. US President Donald Trump has made it clear that the worst figures in the world, however big-mouthed and ruthless they may be, cannot hide from America’s strength.” 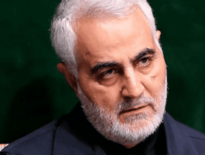 Headlines The Dangers Posed by the Killing of Qassem Suleima… 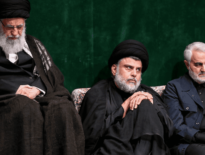 Headlines Iran’s Supreme Leader Responds to Soleimani’s …
0
wpDiscuz
0
0
Would love your thoughts, please comment.x
()
x
| Reply
We use cookies to ensure that we give you the best experience on our website. If you continue to use this site we will assume that you are happy with it.Ok