Trending
You are at:Home»Categories»Features»Skeletons could provide clues to who wrote or protected the Dead Sea Scrolls
By Science News on 27 November 2017 Features

SCROLL CALL  Newly excavated skeletons at a roughly 2,000-year-old West Bank site support a theory that a community of celibate men lived there at the time the Dead Sea Scrolls were placed in nearby caves. These men may have written or protected the scrolls.

BOSTON — A decades-long debate over who once occupied a settlement located near the caves where the Dead Sea Scrolls were found has taken a chaste turn.

Analyses of 33 newly excavated skeletons of people buried at the West Bank site, Qumran, supports a view that the community consisted of a religious sect of celibate men. Anthropologist Yossi Nagar of the Israel Antiquities Authority in Jerusalem presented the findings November 16 at the annual meeting of the American Schools of Oriental Research. Preliminary radiocarbon dating of one of the Qumran bones indicates that the interred bodies are around 2,200 years old — close to the same age as the ancient texts, which are estimated to have been written between around 150 B.C. and A.D. 70.

Plus, reexamination of 53 previously unearthed human skeletons from Qumran’s cemetery, now housed in France, found that six of seven individuals formerly tagged as women were actually men, Nagar said. A small number of children have also been excavated at Qumran.

Israel Antiquities Authority anthropologists Hanania Hizmi and Yevgeny Aharonovich directed the latest excavations at Qumran in 2016. The researchers called in Nagar to study the skeletons. He identified 30 of the newly excavated individuals as definitely or probably males, based on factors that include pelvic shape and body sizes. (There was not enough evidence to assign a sex to the remaining three.) At the time of their deaths, the men ranged in age from around 20 to 50 or more, Nagar estimated.

HIDING PLACE Caves near the community of Qumran, such as this one, held the Dead Sea Scrolls. Qumran housed a community largely composed of celibate males, says a researcher who has studied newly excavated graves at the ancient site.

“I don’t know if these were the people who produced the Qumran region’s Dead Sea Scrolls,” Nagar said. “But the high concentration of adult males of various ages buried at Qumran is similar to what has been found at cemeteries connected to Byzantine monasteries.” The Byzantine Empire, founded in A.D. 330, was an extension of the Roman Empire in the eastern Mediterranean.Earlier investigations of Qumran suggested it was founded more than 2,700 years ago. Warfare led to its abandonment before it was settled again for about 200 years, up to around the year A.D. 68.

Discovery of the Dead Sea Scrolls, which include parts of the Hebrew Bible, in 11 nearby caves between 1947 and 1956 stimulated intense interest in who had occupied Qumran. In February of 2017, researchers revealed they had found another cave in the same area that possibly held scrolls or pieces of papyrus and leather intended to be written on.

An influential early theory held that members of an ancient, celibate Jewish sect, the Essenes, lived at Qumran and either wrote the Dead Sea Scrolls or were caretakers of these religious, legal and philosophical documents. But over the past 30 years, other possible inhabitants of Qumran have been proposed, including Bedouin herders, craftsmen and Roman soldiers.

Qumran individuals show no signs of war-related injuries and are not predominantly young adult men, as would be expected of a cemetery for soldiers, Nagar said. The Qumran skeletons can’t be confirmed as Essenes, but their identity as part of a community of celibate men appears probable, he added.

Extraction and analysis of DNA from the Qumran skeletons would help confirm that they are all, or almost all, men, said Jonathan Rosenbaum, a professor of Jewish Studies at Gratz College in Melrose Park, Penn.

Researchers removed small samples of bone from some of the newly excavated Qumran skeletons before reburying the finds in their original resting places. Nagar wasn’t sure if any attempts to retrieve DNA from bone samples would be launched. 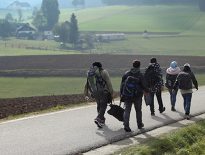 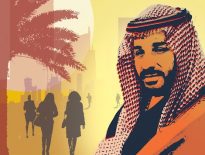 Headlines Saudi Arabia’s Arab Spring, at Last
0
wpDiscuz
0
0
Would love your thoughts, please comment.x
()
x
| Reply
We use cookies to ensure that we give you the best experience on our website. If you continue to use this site we will assume that you are happy with it.Ok