Trending
…the IOC would drag their feed and ignore clear reports of state-sponsored, systemic doping, until it would be so close to the start in Rio that they could find ‘excuses’ for not taking strong and meaningful action;

…the IOC and Thomas Bach would be unwilling to take on Russia and Putin in a way that matches their complete betrayal of Olympic values and any sense of fair play; it would have been so much easier if it had involved a small and powerless country which IOC would not need to fear;

…Thomas Bach would make sure to please his buddy Putin by punishing the ‘traitor of Russia’, whistle-blower Yuliya Stepanova, by finding an excuse for keeping her from competing in Rio, instead adding insult to injury by offering her an invitation as a guest of the IOC;

…when the responsibility for action is dumped on the International Federation for the individual sports, that these often corrupt and feeble entities would show great reluctance or inability to take serious and appropriate action, especially with the limited time available to them;

…major international news media would ‘finally’ pay attention to corruption in sports, waking up and expressing surprise and outrage, but for the most part showing great ignorance of what the major issues are, focusing on the ‘geopolitical’ aspects and downplaying the impact on athletes who insist on ‘being clean’ and demanding a level playing field;

…the IOC under the ‘leadership’ of Thjomas Bach, steeped in the Horst Dassler school of cynicism and profiteering, would be prepared to sacrifice the interests of the athletes for the sake of protecting their business machine and its financial profits; 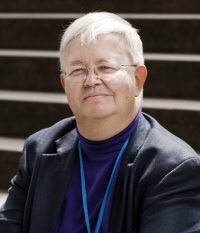