KUWAIT, Nov 4 (KUNA) — Minister of Information and Minister of State for Youth Affairs Sheikh Salman Al-Humoud Al-Sabah said on Wednesday the government would take a package of legal and regulatory procedures to correct, develop and buttress the sports movement in the country.
‏Addressing a National Assembly session on the sports situation in Kuwait, the minister said: “There is an international (sports) system that is ruled by regulations and laws, rather than interests and favoritism.” He regretted that those who sought to suspend the Kuwaiti sports activity “are some sons of Kuwait who, I hope, would backtrack on this complaint and prove to international organizations that our legislation is compatible with the Olympic Charter and that the State fully supports the sports movement.” Terming the recent decision by the International Olympic Committee (IOC) to suspend Kuwaiti sports activity as “unfair”, the minister said there is no interference whatsoever in Kuwaiti legislations, and Kuwaiti sports authorities have full independence.
‏Sheikh Salman said the main reason for the IOC’s intervention, according to its letter on October 22, was the complaint by the Kuwait Olympic Committee (KOC) about a conflict with the Kuwaiti government on sports activities.
‏He went on to say that as a result of the sharp drop in the level of sports games and teams’ results, legislative intervention was needed in 2007 by adopting a package of laws, including one that prohibits combining posts at the KOC, sports associations and clubs at the same time, which provoked those who are in charge of the sports movement.
‏The problem was initially triggered by Decree No 26/2012 which included flaws in application, primarily the sports clubs’ inability to hold their ordinary general assembly meetings with a view to revising their statutes in line with the Olympic Charter.
‏”We are before organized sports chaos purposed to dissolve the clubs as pursuant to law as the government had to adopt Law No 134/2013 in order to find solutions and there were communications with the KOC in this regard,” he said, noting that the State was unwilling to adopt decrees that could have been considered interference in the sports situation.
‏Having sought to resolve the problem, the government adopted Decree No 117/2014 in a bid to prevent the dissolution of the sports clubs by force owing to failure to hold their general assembly meetings as per Law No 26/2012, the minister noted.
‏The fresh law mainly aimed to cut the quorum for extraordinary general assembly meetings from two thirds of members to just 250 members, and setting minimum and maximum membership fees, given that some fees skyrocketed to KD 1,000, Sheikh Salman added.
‏Law No 25/2015, which was tabled by National Assembly members, was meant to regulate elections involving the sports clubs, associations and the KOC respectively, and to address flaws regarding conflicts over sports activities or laws, with a view to streamlining litigation among the sports associations and creating a sports court. 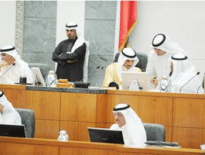 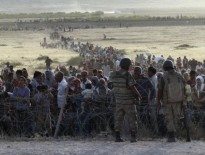 Features Why Now? The Syrian Refugee Flow to Europe
0
wpDiscuz
We use cookies to ensure that we give you the best experience on our website. If you continue to use this site we will assume that you are happy with it.Ok