Miro’s statements are “far from being true and discard documented facts,” Fulaiteh said in a press statement on Tuesday.

He said that the IOC work is supposed to enjoy transparency, credibility and neutrality, wondering how it has allowed one of its officials to put it in a biased position, far from credibility.

Miro refused charges against the three officials, that they had filed a complaint at the IOC against the KOC which led to suspension of Kuwaiti Olympic activities.

Slanderously, Mero claims that Sheikh Salman briefed the IOC on the details of the new sports law in a message, Fulaiteh said.

He said that Miro is either ignorant of facts or was under pressure to utter such statements.

The message alleged by Miro for his argument, was sent by Sheikh Salman to the IOC President Thomas Bach bearing the date of 8 October 2015 explaining that the provisions of the decree law No 117/2014 and Law 25/2015 did not contravene with the Olympic Charter, PAS Deputy Director General said.

The first of these bears the date of 22 June 20015, and was signed by IOC’s Patrick Hickey.

In his message, Hickey referred to a letter from the KOC to IOC, bearing the date of 9 May 2015. It acquainted the IOC with the resolutions made by the KOC General Assembly held on 23 March 2015, comprising translated documents of the amendments to sports legislations in Kuwait, sent to the IOC on 5 and 7 June 2015.

Hickey noted that the amendments would interfere with independence of sports institutions in Kuwait. The IOC demanded the KOC to inform it of any developments before 30 July 2015.

As for the second message, Fulaiteh said it was sent from the IOC to the KOC, bearing the date of 5 August 2015 and signed by Hickey.

Hickey requested that the KOC notify the IOC of the outcome of discussions with the Kuwaiti government before 15 October 2015.

The IOC’s third letter to the KOC, bearing the date of 28 September, said that the amendments recently introduced to the sports legislations would affect the independence of sports institutions in Kuwait and would interfere with administration.

That last letter, Fulaiteh noted, pointed to the Court of Arbitration for Sport and the World Anti-Doping Agency, calling for reaching an understanding before 15 October 2015, otherwise Kuwait’s participation in international activities would be affected.

Fulaiteh considered it strange that Miro says all news are published through the Kuwait News Agency (KUNA) “which means he follows up news agencies and gets his information from them.”

Does it mean that the IOC resolutions mainly rely on news agencies and not on notifications by the national Olympic committees?, Fulaiteh wondered.

It seems that Miro did not read the IOC’s letter to Sheikh Salman bearing the date of 22 October 2015, with the signature of Patrick Hickey.

In this last letter, Hickey explained that the IOC is getting involved in that issue of sports laws due to a dispute between the KOC and the Kuwaiti government, Fulaiteh said. He considered this further evidence that the complaint was filed by the KOC.

Fulaiteh referred to Miro’s allegation in the interview that Kuwait had failed to meet an IOC deadline of 27 October 2015 for changes to be made to the law which supposedly interferes with the independence of sporting institutions.

The reply was that the law implies no interference in the affairs of the sports institutions, neither does it contravene with “any article” of the Olympic Charter, PAS Deputy Director General stressed. It also noted that the Kuwaiti sports institutions enjoy “full independence.”

Furthermore, Fulaiteh called the IOC official to point out the points where the Kuwaiti sports legislations contravene with Olympic Charter, instead of accusing Kuwait of failing to meet IOC requirements.

Miro also claims that Kuwait is asking representatives from other governments to put pressure on the IOC and other sports bodies to revoke the suspension, which, if true, is a violation of the Olympic Charter’s principles of autonomy and independence.

This is a sovereign right for Kuwait and Miro has no right to interfere, Fulaiteh stressed.

The IOC official also alleged that all other international federations are expected to follow suit of IOC soon.

This is striking evidence that Miro works in line with “certain agendas and orientations,” Fulaiteh said.

by Kuna time to read: 3 min 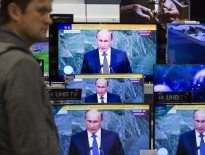 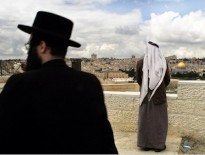 Commentary Held Together by Bruises, This Land Must Be Divide…
0
wpDiscuz
We use cookies to ensure that we give you the best experience on our website. If you continue to use this site we will assume that you are happy with it.Ok